“This has to be the best political ad of the cycle” 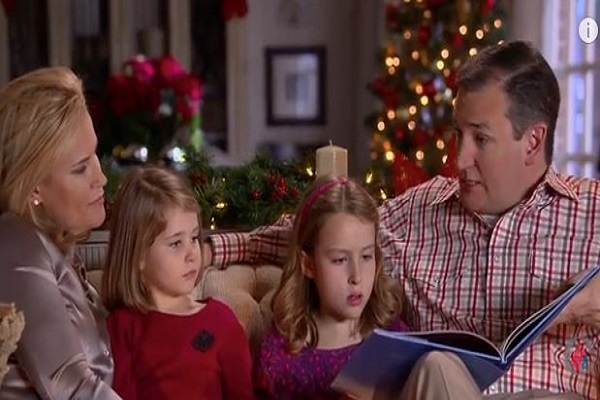 One of the many things I like about Ted Cruz is his sense of humor, and his campaign’s latest ad, set to air tonight in Iowa during Saturday Night Live, exemplifies this beautifully.

The ad, which features the Texas senator read Christmas classics like “Rudolph the Underemployed Reindeer” and “The Grinch Who Lost Her Emails,” will air in key Iowa markets Saturday night, campaign spokeswoman Catherine Frazier told the Independent Journal.

“In the spirit of the upcoming holiday, we are excited to bring a Cruz family Christmas into the homes of SNL viewers in Iowa,” she told the website. “Ted is a long time fan of SNL, so the chance to film his own SNL-style commercial was an opportunity we couldn’t pass up!”

In just the past couple of hours the views on this video have gone from 16,049 to 45,870 (as I type).  This brilliant and fun campaign ad might just win the internet for the day.

This has to be the best political ad of the cycle. Proud to support Senator Cruz!… https://t.co/b3GYEQ000y

Why do I think of Nurse Ratched when I see Lois in this great ad?

Brillant! Funny, sarcastic, spot on, and it will drive the liberals nuts!!!

The gauntlet has been thrown down Mr. Trump: show us some humor!

We know President Barrack Hussein Obama displays his sense of humor by ridiculing others, and trying to shame them.

Liberals are humorless. Think they will understand the joke, or will they go to Amazon.com and try to read the books, to do “op-research”?

“The gauntlet has been thrown down Mr. Trump: show us some humor!”

Perhaps you missed SNL with Trump?

There’s a difference. Cruz is running a brilliant campaign. Trump is reading from a script SNL wrote.

While I like Cruz and he was for the longest time my first choice, to suggest his campaign is brilliant when he is way behind in any polling on a national basis is a wish at best.

Cruz is running a good campaign. It will be brilliant when it produces a winning result. That ship has sailed.

By the way, there is no “difference”.

Well, this ad is perfectly adequate for some! 🙂 Truly not bad at all!

Smart way to garner coverage and free press without alienating half the electorate like Trump does. I hope it works.

Cruz won me over when he read Green Eggs and Ham on the floor of the Senate.