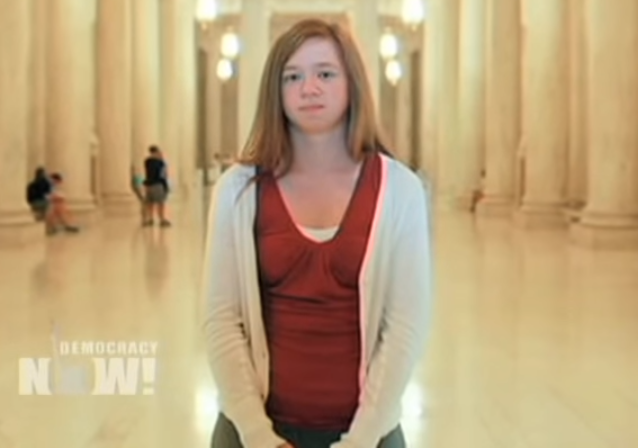 Notwithstanding a modest consensus that affirmative action is doomed after Wednesday’s arguments in Fisher v. University of Texas at Austin, there are hints the Court might delay a substantive decision, dissatisfying all parties.

For background on the case, see Legal Insurrection’s preview, here.  The full transcript of Wednesday’s oral arguments is here.

There were a number of tense and emotional moments both between the Justices and the parties’ attorneys and among the Justices themselves.  From the tenor of the questioning, it is likely the University of Texas’s (“UT”) admissions system will be struck down despite its minimal reliance on race, if the case is decided on its merits.  If so, the result may explicitly or implicitly ban affirmative action on the basis of race in public university admissions.

The Supreme Court’s 2012 decision in this case (“Fisher I”) vacated the 5th Circuit’s prior decision and ordered “remanded for further proceedings consistent with this opinion.”  On remand to the 5th Circuit, UT sought to have the case returned back to the trial court for further factual development, but the 5th Circuit refused, finding:

there are no new issues of fact that need be resolved, nor is there any identified need for additional discovery; that the record is sufficiently developed; and that the found error is common to both this Court and the district court[.]

There is room for disagreement. UT had every incentive to muster the best possible factual support in defense of its admissions system the first time it visited the trial court.  On the other hand, the District Court granted summary judgment more than six years ago, and additional data from UT and other schools with and without racial preferences in admissions might inform the courts’ decisions.

In any event, the Justices were attuned to the possibility of supplementing the record with additional facts.  Justice Kennedy stated bluntly,

have been denied the advantage and the perspective that would be gained if there would be additional fact­[-]finding under the instructions that Fisher sought to give.  And that just ­­ we’re just arguing the same case.

would there be any way of determining, if there were a remand, which of the non­ top-10 admittees were admitted solely because of race? In other words, these students would not have been admitted taking into account leadership and family, education and socioeconomic background and hardship and everything else.

Justice Kennedy asked more generally, “[w]hat evidence would you have put in if you had been successful in your motion to remand?”

UT’s counsel floundered for a good answer at first, bringing up standing, an unrelated issue the Justices expressed no interest in. He also weakly offered,

if you feel that there are deficiencies in looking on a more granular basis between the nature of the holistic admits that are admitted, the unique skills, qualities, talents that those admits bring as change agents and bridge builders, we can put that evidence in. We can put in additional evidence.

at a minimum […] if our evidence doesn’t cross the bar on strict scrutiny, at a minimum, we put in triable issues of fact on whether or not the holistic plan was a necessary offset, whether or not the university was achieving its educational objectives in an environment in which you had 272 African­-American students enroll out of an incoming class of 8,000, an environment in which 90 percent of the classrooms had ­­ the most common side had zero to one.

By raising this issue of “triable issues of fact,” UT’s counsel is saying the record is incomplete and should go all the way back to the trial court.

Assuming that four Justices are set to vote against UT (Chief Justice Roberts and Justices Scalia, Alito and Thomas) and three with UT (Justices Ginsburg, Breyer and Sotomayor), Justice Kennedy is the deciding vote.  (Justice Kagan recused herself because she was Solicitor General when DOJ filed an amicus brief in the case’s first trip to the 5th Circuit.)  If Justice Kennedy votes with the four conservatives, UT’s system is stricken and affirmative action is on life support.

Affirmative action proponents are hoping Kennedy votes with the three liberal Justices.  A 4-4 split would affirm the 5th Circuit’s decision without setting precedent.  However, 4-4 with Justice Kagan absent means the next case will very likely be 5-4 in favor of affirmative action.

The third alternative is a decision remanding with instructions to return the case to the trial court for additional discovery.  This only delays a decision, and Justice Kagan would still have to recuse herself if the case reached the Supreme Court for a third time.  However, the Court would buy some time for another case to develop or for the composition of the Court itself to change.

Or on remand the trial court and 5th Circuit might read the Supreme Court’s cues and hold that UT’s system violates the 14th Amendment.  In that scenario, the Supreme Court could refuse to hear the case for a third time and instead wait for a similar case it could hear with a full nine-member compliment, avoiding some of this case’s unnecessary complications.

Overall, the Court does not seem persuaded that a remand to the trial court is necessary, and a decision against UT and affirmative action is likely.  But the Court set the stage for an easy procedural dodge if intra-Court politics demands it.

SCOTUS has had plenty of opportunities to fix this idiocy — and each time has declined to do so. No one should expect a better result this time around.

It’s interesting and revealing that only one ideology wants to maintain racial discrimination in law, regulation, and policy.

4th and long. I predict a punt. Should any of the conservatives on the court catch a cold, their far-left replacements will be warming up in the bullpen, at which point the fireworks begin in the Senate.

It will be found constitutional under the Commerce Clause.

Because the Left still has pics of Roberts doing something naughty.

Naw…. they will probably justify affirmative discrimination because otherwise we will have to board soldiers in our homes because property taxes are a function of the inverse square law as it relates to gravity.

Roberts will write the opinion.

This is just failure theater. The Supreme Court will not issue a major decision that upsets the Left or disassembles something unconstitutional that they have achieved. They have no problem inventing laws and “shadow/penumbra” provisions of the Constitution to attack conservatives. They will rarely issue a decision that preserves the status quo for a while in order to keep people thinking that they are impartial. Roberts is compromised and owned by Obama.

Do you think Robert’s knows that people know he is somehow compromised?

The fifth circuit court of appeals FAILED in their duty to conduct strict scrutiny of the facts by the university already. They did not do so the first time or the second time on REMAND.

There is no reason to believe the district court or the court of appeals will do a proper job if given ANOTHER chance.

All parties are now on record. Let see if the Chief Justice can round up one more vote to finish the job.

No. It is a shibboleth of the modern western person to say “diversity is good” that is all the reason they need to keep AA alive. But any reason would do or none. It’s not like the SCOTUS has never pulled objects out of their penumbra before.