While Obama and DOD deflect talk of sending ground troops to Syria, they have offered no plan for defeating ISIS. 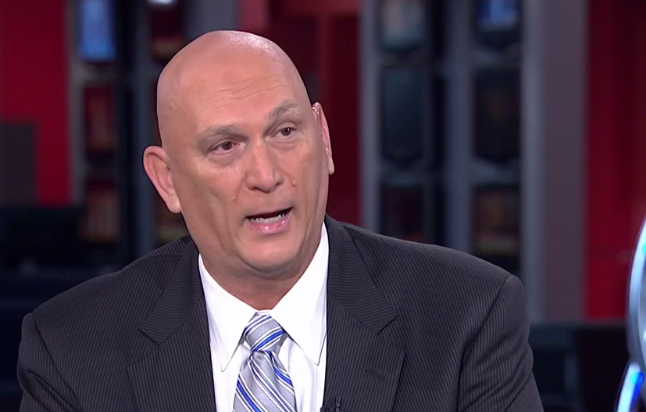 President Obama and the Defense Department are warning of the dangers of deploying ground troops to Syria without first answering whether ISIS can be defeated without them.

On the other hand, Gen. Paul Selva, Vice-Chairman of the Joint Chiefs of Staff, testified before the Senate Armed Services Committee the next day that, “[i]t’s clear from ISIL’s strategy that their objective is to cause us to engage in what they believe is an apocalyptic war with the West.”  Selva added, “anything that we do to feed that particular frame of thinking counters our national security.”

Gen. Selva’s assertion that ISIS wants a US or allied Western ground incursion may be true, as far as it goes.  William McCants of the Brookings Institution reported more than a year ago about ISIS’s eschatological vision, writing that ISIS’s Summer, 2014, campaign was designed in part to capture the militarily insignificant town of Dabiq precisely because “[ISIS] members believe the great battle between infidels and Muslims will take place there as part of the final drama preceding the Day of Judgment.”  ISIS places enough faith in the prophecy that it named its slick online magazine “Dabiq.”

And it is fair to assume that non-Muslim troops fighting the self-declared Caliphate reborn will attract recruits, including some who might not have joined the battle but-for foreign boots on the ground.

And for all his heated objections about the dangers of deploying ground forces, Gen. Selva never addressed whether they would be necessary to defeat ISIS.  He certainly implied that the cost of ground troops is so high it should not be considered, but that does not answer the question.

But the DOD is only reiterating the President’s policy position, and in any event is handicapped by his failure to articulate clear goals.

“Degrade or destroy” makes for a handy sound-bite, but what does that mean for developing strategy and identifying the required resources?  Killing ISIS members certainly degrades the organization temporarily, and the DOD has resorted to releasing body-counts.  Yet there has been little measurable progress in defeating ISIS.

The first question that has to be answered is, what conditions are we trying to achieve on the ground.  Then, what resources are required to achieve that result?

The President must answer the first question and hasn’t.  Until he does, the Pentagon cannot provide a complete answer to the second.

WHAT is so confounding?

To help these people out, here are the 3 options they can choose that will help un-confound them:

1-Obama is helping Isis because he is an idiot.

2-Obama is helping Isis because a traitor.

3-Both of the above.

“the cost of ground troops is so high it should not be considered”
What is the cost of inaction? More attacks, a school,a sporting event, another Christmas party, another parade, what? It looks like the CIC is going to wait until he is forced by events to take action. Does he expect some kind of discount for waiting?
Have the roads and bridges been destroyed, the phone and electrical services turned off? If not, why not?
Let this cancer grow and it most certainly will. All the talking in the world does nothing but buy more time for the Daesh punks to train and attract more followers. End them.

You write as if you think obama does not like this particular cancer.

ISIS does want our forces on the ground. ISIS is the Shiites we abandoned in Iraq when we prematurely withdrew our soldiers that brought stability and were a block between Iran and Syria. ISIS is the group we supplied, trained and armed from both Libya and Turkey. ISIS is the creation of this fool who is sitting in the president’s position. The United States is being led by the nose into a war that will become WWIII. So, how do we fix this? Those who serve have already spilled our blood. It’s time the rest of you stood up for our Nation and threw these “party first” miscreants out of office and gave us a leader we are willing to follow.

Led by the nose? Well, meet the nose:

Bzzzt. If you think ISIS are Shi’ites, you’ve disqualified yourself from commenting on this topic.

There is no lack of clarity here. Like he said in his book, Obama stands with the Muslims. Obama wants to help reestablish the caliphate and Europe to be conquered by Islam. That is best accomplished by directly feeding them billions of dollars in money and materiel (and when it gets discovered say “we don’t know where it went”), indirectly feeding them billions more by refusing to investigate mosque and charity financing, and keeping the US military away from any significant ability to interfere in what ISIS is doing.

When she leaves the White House with Barack Obama, Valerie Jarrett will quietly get a great job in Malaysia.

Air power has never won any war in history? Odierno needs to consider the effectiveness of just two air-delivered nuclear weapons in bringing about Japan’s unconditional surrender. He should also consider whether, if they had been developed sooner, the same weapons would also have been effective in bringing Germany to its knees. Finally, he should factor in the effectiveness of German air power in pushing Great Britain to the brink without a single German boot on the ground.

He’s half correct. Since the advent of air power, no war has been won without first establishing air superiority. You will never control the ground unless you first control the skies. You can sometimes get around that by having enough ground-based anti-aircraft resources to make the area a no-fly zone, but the principle still stands; if you can keep it so nobody can fly, you effectively control the skies.

Wars are won through a combination of air superiority and ground troops. One or the other won’t cut it.

And with this Administration’s rules of engagement, deploying both may not cut it, either.