Master Sgt. Roddie Edmonds – a Righteous Among the Nations

Master Sgt. Roddie Edmonds – a Righteous Among the Nations

“We are all Jews here” 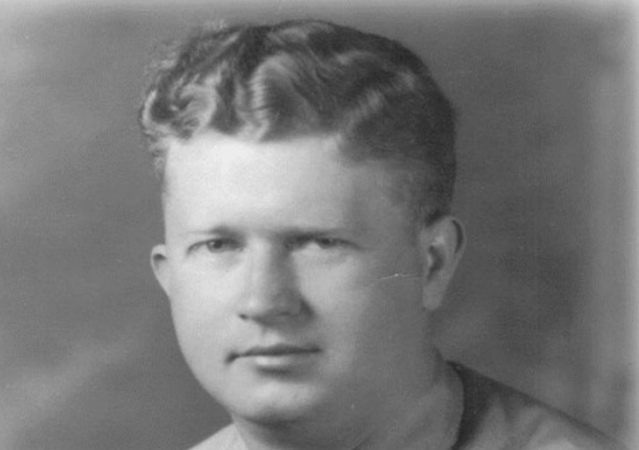 The Nazi soldiers made their orders very clear: Jewish American prisoners of war were to be separated from their fellow brothers in arms and sent to an uncertain fate.

But Master Sgt. Roddie Edmonds would have none of that. As the highest-ranking noncommissioned officer held in the German POW camp, he ordered more than 1,000 Americans captives to step forward with him and brazenly pronounced: “We are all Jews here.”

He would not waver, even with a pistol to his head, and his captors eventually backed down.

Seventy years later, the Knoxville, Tennessee, native is being posthumously recognized with Israel’s highest honor for non-Jews who risked their lives to save Jews during World War II. He’s the first American serviceman to earn the honor.

When the German camp commander, Major Siegmann, saw that all the camp’s inmates were standing in front of their barracks, he turned to Edmonds and exclaimed: “They cannot all be Jews!” To this Edmonds replied: “We are all Jews.” Siegmann took out his pistol and threatened Edmonds, but the Master Sergeant did not waver and retorted: “According to the Geneva Convention, we only have to give our name, rank and serial number. If you shoot me, you will have to shoot all of us, and after the war you will be tried for war crimes.” The Commandant turned around and left the scene. NCO Paul Stern retold this encounter to Yad Vashem. Stern, one of the Jewish POWs rescued by Edmonds, told Yad Vashem that he was taken prisoner on December 17, 1944, during the Battle of the Bulge. “Stern stood very close to Edmonds during the exchange with the German camp commander, which, he later recalled was conducted in English. “Although seventy years have passed,” said Stern, “I can still hear the words he said to the German Camp Commander.” …

Master Sergeant Roddie Edmonds passed away in 1985. In 2015, Yad Vashem posthumously recognized Edmonds as Righteous Among the Nations. He is the first American soldier, and only one of five Americans, to be recognized by Yad Vashem as Righteous Among the Nations, alongside Varian Fry, Waitstill and Martha Sharp, and Lois Gunden. To date, more than 26,000 individuals have received the honor.

I ran across this story many tears ago. Nice to see him honored for it.

years, not tears, but appropriate I guess.

Americans did so much during WWII, yet only 5 Americans have been so honored? This perplexes me.

Who among us does not agree that the principled, courageous, righteous undergrad snowflakes making demands against the tyranny of their university administration oppressors—“We are all social justice warriors”—would be capable of the same selfless bravery?

My oh my how we’ve progressed over the last 70 years.

What undergrad snowflake would not stand firm to their principles and convictions with a gun pointed at their head?

I think the Professor should relate this story when he debates the snowflakes.

It will put their courage in perspective.

While 70 years ago a generation of college-age men simply ventured out of the “safe spaces” of their landing crafts to storm the beaches of Normandy, imagine the courage of a greater magnitude it would take to venture out of a campus safe space to debate a professor.

I have often been incredulous that so many malign and condemn Christians in Europe, as well as here in the US, when it was these very “righteous Gentiles” who hid Jews and worked underground to aid them, to protect them, to get them out of the country. Hitler and the Nazis didn’t care if they were Jewish – if they hid or helped the Jews, they were thrown into concentration camps, tortured, murdered.

Israel has been so gracious to remember these righteous Gentiles. I’m glad this brave man will become one recognized for his heroism, his bravery, his selfless love for his fellow man to stand with the Jewish members among his camp’s prisoners.