ISIS didn’t need Trump to recruit and grow, it had the Obama-Clinton foreign policy

ISIS didn’t need Trump to recruit and grow, it had the Obama-Clinton foreign policy

The sheer idiocy of the Clinton claim that Trump is ISIS’s best recruiting tool. 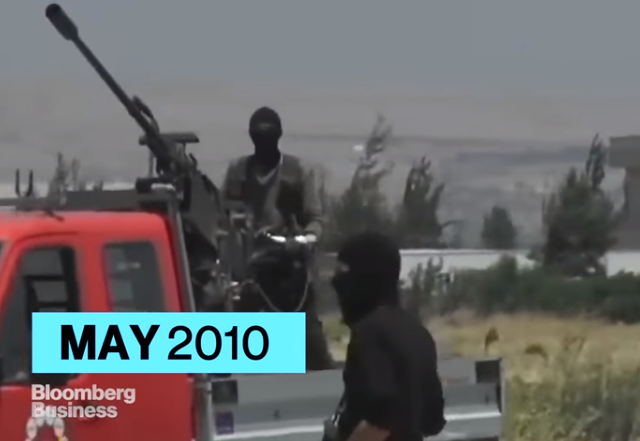 Hillary Clinton flat-out lied when she claimed during the Democratic Debate on December 19, 2015, that ISIS was showing videos of Donald Trump’s immigration comments as a recruiting tool.

Despite the lack of any proof of the video claim, Team Hillary is refusing to apologize, and instead has fallen back on the more general claim that Trump still is ISIS’s best recruiting tool:

“He is becoming ISIS’s best recruiter,” she said. “They are going to people showing videos of Donald Trump insulting Islam and Muslims in order to recruit more radical jihadists.”…

When asked if Mrs. Clinton would apologize, Clinton campaign spokesman Brian Fallon said, “Hell no. Hillary Clinton will not be apologizing to Donald Trump for correctly pointing out how his hateful rhetoric only helps ISIS recruit more terrorists.”

Really? One can disagree with Trump’s comments AND acknowledge that Hillary lied and Team Clinton is distracting from Clinton’s own failures as Secretary of State.

Trump’s comments about temporarily restricting Muslim immigration were made on December 7, 2015, several days after the December 2, 2015, ISIS-inspired attack on a nursing home in San Bernardino that left 14 dead.

Consider the multi-year rise of ISIS. It managed to take over large parts of Iraq, Syria, and now Libya, and launch attacks in Europe, all the while attracting tens of thousands of adherents from around the world. All without the help of Trump comments.

This video depicting the rise of ISIS was posted by Bloomberg Business on December 15, 2015, but all of the events depicted took place prior to Trump’s December 7 statements:

The suggestion by the Clinton campaign, Democrats and the media that Trump is part of the ISIS problem is historically false. It also is a falsity with a purpose.

That purpose is to distract from the complete failure of the Obama-Clinton foreign policy, which precipitously exited Iraq squandering the stable environment left behind by the Bush administration at the cost of thousands of American and tens of thousands of Iraqi lives. The political vacuum created, together with the failure to address the Syrian civil war early on while Hillary was still Secretary of State, is what enabled ISIS. 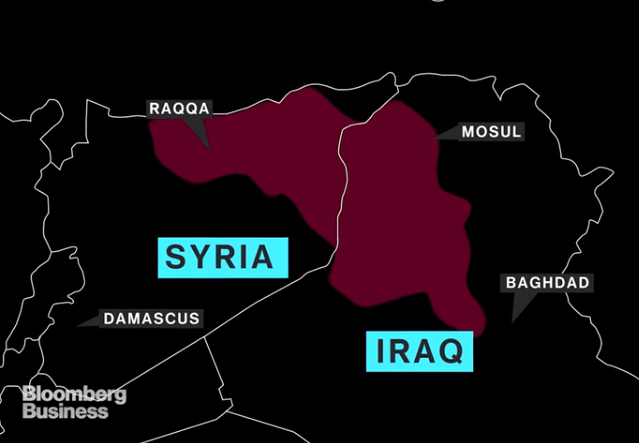 That many of the gains by ISIS took place after Hillary resigned as Secretary of State doesn’t change the fact that it was the Obama-Clinton foreign policy that created the vacuum.

For Hillary now to claim we are where we need to be in the fight — while blaming comments by Trump from just a couple of weeks ago — is typical of how the Clintons have operated for decades. Distract and attack.

ISIS didn’t need Donald Trump to recruit and grow, it had the Obama-Clinton foreign policy.

Yep. When has Hellary NOT lied?

Apparently, head trauma predisposed this woman to a video fetish, although I’m convinced she was born a pathological liar.

All I want to know is ‘Why isn’t this venal witch in prison already?!’

I guess all the problems that can’t be blamed on George Bush will be blamed on Trump. It’s like 8 years of Obama never happened.

I guess all the problems that can’t be blamed on George Bush will be blamed on Trump. It’s like 8 years of Obama never happened.

Make that George W. Trump? I think he’s the newest bogie man for the party of hate led by hitlery.

Hillary truly is an idiot.

Trump is most definitely not used in ISIS videos.

You know who ACTUALLY IS?

This “Trump Recruitment Video” has been making the rounds on hte ‘Net:

Shrillary, like Obama, has become accustomed to lying knowing that the LibDem media will give her a pass on whatever she says.

When Obama announces he’s been in secret negotiations with ISIS to carve up Syria and Iraq and sponsor them for observer status at the UN, Hillary will applaud and then add – ‘he had to, because of Trump, there was no other option.’

The Islamic State needed Obama to abandon Iraqis and wage war on the national Muslims in Syria, Egypt, Libya, etc.