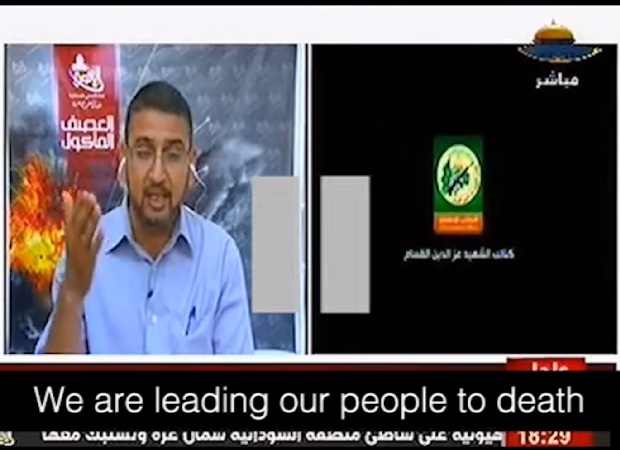 More than 15 months have passed since the end of the conflict in Gaza between Israel and the terrorist outfit Hamas, but the campaign of slander against Israel and witch-hunt against the members of its armed forces still continues. Last week British authorities briefly detained a retired IDF reserves officer, apparently based on a list compiled by a “pro-Palestinian group” of soldiers involved in alleged ‘war crimes’ during last year’s Operation Protective Edge. The officer was held for questioning for hours and was only released after Israeli Foreign Ministry intervened.

British authorities have since apologized for the incident, but this once highlights how anti-Israel groups are subverting the laws in the West in an attempt to strip Israel of its right to defend itself in the face of terror.

The incident took place just days after a fact-finding group comprising of military experts from around the world published their report on the 50-day clash between Israel Defense Force (IDF) and militant islamist outfit Hamas in Gaza. Around 14 high-ranking military officers came together to form the High Level Military Group (HLMG) earlier this year. Former head of India’s Defence Intelligence (DG DIA) Lt. General Kamal Davar was accompanied by former Commander of British Forces in Afghanistan Colonel Richard Kemp, along with other top military commanders from U.S., Germany, Italy, Spain and France.

According to the group’s findings, “Israel’s conduct in the 2014 Gaza Conflict met and in some respects exceeded the highest standards [the army commanders] set for [their] own nations’ militaries.” The report described IDF’s Operation Protective Edge as an “exemplary campaign, adequately conceived with appropriately limited objectives, and displaying both a very high level of operational capability as well as a total commitment to the Law of Armed Conflict.”

The report also highlighted the nature of threat Israel faced in form of Hamas:

In addition to the rocket fire, Hamas boasted in official media about its ability to terrorise Israeli civilians through its cross-border infiltration tunnels.35 These did indeed in many cases lead to Israeli villages, violating Israeli sovereignty and posing a serious threat to its civilians. Additionally, Hamas constructed and used a large network of combat tunnels in Gaza itself to facilitate its military activity. These were deeply embedded in civilian infrastructure, with entrances deliberately located within or near civilian sites such as residential houses or sensitive sites including mosques and medical facilities. [Page 38]

The equally damning part of the report dealt with United Nation, questioning the neutrality of some of the UN agencies operating in Gaza:

Hamas made extensive use of UN sites, as confirmed by the UN Secretary General’s Board of Inquiry, and the HLMG was briefed on several instances that raised serious questions about the relationship between Hamas and certain UN bodies. [Page 46]

The 80 page report concludes that Israel’s IDF preferred to save civilians in Gaza even at a substantial cost to its operational capabilities to hit back at terrorist infrastructure of Hamas. If saving lives on both the sides was part of IDF’s ethos, dead Gazans were part of Hamas’ war plan:

It is our assessment that the procedures the IDF deploys in order to give prior warning of an attack are extensive and well conceived. It is evident to us that they are a major effort aimed at ensuring Israel is able to mitigate the effects of Hamas’s tactic of hiding its infrastructure in civilian locations. Not only do Israel’s warnings clearly save lives, but they further telegraph to enemy operatives who are legitimate military targets what Israel’s intentions are and thus create a major tactical cost for the IDF. [Page 36]

The document talks about the suffering that Hamas brought upon its own people, saying, “A large majority of the casualties and damage to infrastructure could have been averted if Hamas had acceded to the terms it accepted on August 26 [2015] a few weeks earlier.” Furthermore, “Hamas’s and other armed Palestinian factions’ fire at the Kerem Shalom and Erez crossings, deliberately impeding the transfer of humanitarian supplies. Over 200 mortars were fired at the Erez crossing by armed groups in Gaza during the conflict, causing fatalities, injuries and delays in the provision of humanitarian supplies.”

And yet Hamas had no dearth of helpers in the West. The reports pointed towards “ideological motivations” driving the actions of United Nations, Amnesty International, NGOs as well as parts of international media who came out in condemnation of Israel without having any “appropriate military and legal expertise and judgement.”

The authors of the report realise the wider implications of the ‘Lawfare’ (legal and institutional warfare) directed against Israel by these powerful multinational actors influencing policy and opinion across the world. As democracies around the world face the rising threat of Islamist terror, these tactics may well be used to disarm the nations of the Free World engaged in asymmetric wars against an enemy who has no regard for the rules of warfare, or for the sanctity of human life on either side.

The IDF…including its Muslim members…has every right to be proud of their conduct.

You’ll never see the like from most military organizations anywhere in the world. And, in some ways, that isn’t wrong. The IDF faces unique challenges. Mostly, war should be sharp, mordant, and brief.

How can the world be so lied to by so many outlets? The Israelis have always acted in the highest level of concern and humanity when they have defended their people and homeland. Why are the medias of the world so anti Semitic?

Unfortunately, the Big Lie about Israel had its boots on a year ago and ran about a dozen times around the World.

It is our assessment that the procedures the IDF deploys in order to give prior warning of an attack are extensive and well conceived. […]

they further telegraph to enemy operatives who are legitimate military targets what Israel’s intentions are and thus create a major tactical cost for the IDF.

Those two quotes, from the same paragraph, contradict each other. These procedures are clearly ill-conceived, and should be junked.

Concur; the IDF actually goes too far in its attempt to safeguard civilian life. These measures are ill conceived and should be scrapped, as Milhouse says. For several reasons. In no particular order, as I don’t know how to put these in order of importance.

First, it’s almost as if the Israeli government is agreeing with its enemies that a Jewish life is worth less. The LOAC (Law Of Armed Conflict) does not require this degree of concern for an enemy. And it’s dangerous to go to far beyond what the law requires. Which brings me to this.

“The authors of the report realise the wider implications of the ‘Lawfare’ (legal and institutional warfare) directed against Israel by these powerful multinational actors influencing policy and opinion across the world. As democracies around the world face the rising threat of Islamist terror, these tactics may well be used to disarm the nations of the Free World engaged in asymmetric wars against an enemy who has no regard for the rules of warfare, or for the sanctity of human life on either side.”

I may be presuming too much, and I hardly expect Israel to conduct its wars with an eye to not making things too difficult for the rest of us, but it is simply not true that the way Israel conducts its wars is exemplary. In that, the way Israel conducts its entirely justified defensive wars against its murderous neighbors are under conditions that can’t be duplicated elsewhere. COL Kemp praises Israel in the video for phoning and texting Gazans to remove themselves from areas of danger; where they plan to deliver ordnance.

Does anyone imagine the US could duplicate this, anywhere?

The anti-Western civilization left will never love Israel nor credit that nation for going so far above and beyond what the LOAC requires. I think it would serve Israel’s interests better to not set the bar to high but rather insist on its rights. After its enemies repeatedly violate the LOAC Israel has the right to conduct reprisals. Reprisals are acts of war normally outlawed except for the outrages committed by the enemy.

Israel needs to stand on its rights because the upshot of Israel’s excessive aversion to civilian casualties is that it has become an international perception that it’s Israel’s sole responsibility to limit civilian casualties. No matter what Fatah or Hamas does to maximize them.

Ohh, I bet this set some fannies alight in the D.C. bubble, lol.

I just love all of these whiners who say Israel is being barbaric. I finally had enough of one who I am around frequently, through no fault of my own, and just had to say something. I finally said; “You do realize that what Israel has done up to this point is very restrained considering you are talking about the 5th strongest military in the world, right? Considering that they could just wipe out the Palestinians and could most likely do it so fast that no one, not even the UN could react fast enough to stop them. So I would suggest that instead of complaining and whining about their ‘lack of restraint’, what you should be doing it praying that the Israeli’s finally don’t just have enough and decide to stop showing the restraint that they have thus far.” Then I just smiled and walked away.

I really wish I had a picture of his face, he was doing that bug eye’d fish face with his mouth opening and closing.