Will she side with Obama or illegal immigrants? 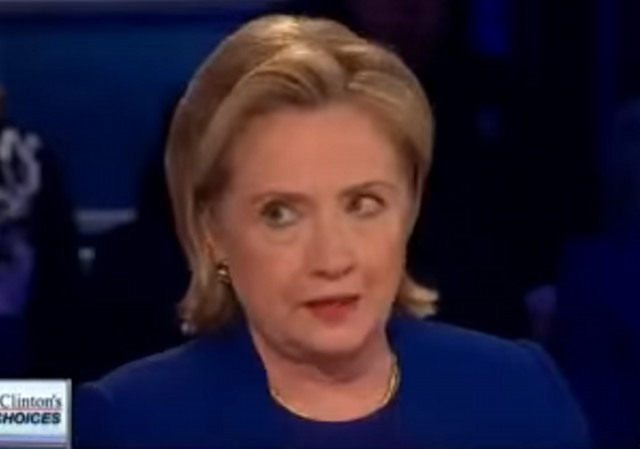 Just before Christmas, it was quietly announced that the Obama administration is going to deport a significant number of illegal immigrants after the holidays. That presents a political problem for Hillary Clinton, who will have to choose a side in a no-win scenario.

U.S. plans raids to deport families who surged across border

The Department of Homeland Security has begun preparing for a series of raids that would target for deportation hundreds of families who have flocked to the United States since the start of last year, according to people familiar with the operation.

The nationwide campaign, to be carried out by U.S. Immigration and Customs Enforcement (ICE) agents as soon as early January, would be the first large-scale effort to deport families who have fled violence in Central America, those familiar with the plan said. More than 100,000 families with both adults and children have made the journey across the southwest border since last year, though this migration has largely been overshadowed by a related surge of unaccompanied minors.

The ICE operation would target only adults and children who have already been ordered removed from the United States by an immigration judge, according to officials familiar with the undertaking, who spoke on the condition of anonymity because planning is ongoing and the operation has not been given final approval by DHS. The adults and children would be detained wherever they can be found and immediately deported. The number targeted is expected to be in the hundreds and possibly greater.

Hillary has already shown signs of flip=flopping on the issue by criticizing the move, despite voicing a different concern last year.

Chuck Ross of the Daily Caller:

Hillary Clinton’s presidential campaign says that the Democrat has “real concerns” about reports that the Obama administration is working on a large-scale plan to deport some illegal aliens who came to the U.S. in a massive wave from Central America last year. But that appears to be a flip-flop of sorts, given that the former secretary of state said last year that even some of the Central American children “should be sent back” to their home countries…

She didn’t always feel that way…

During an interview with CNN in June 2014 Clinton said that she believed that Central American children “should be sent back” to their countries if immigration courts determine that they should be deported.

“It may be safer [for them to stay], but that’s not the answer,” added Clinton, who had not announced her presidential candidacy at the time.

“We have to send a clear message, just because your child gets across the border, that doesn’t mean the child gets to stay,” she continued. “So, we don’t want to send a message that is contrary to our laws or will encourage more children to make that dangerous journey.”

It’ll be fun to watch the media spin this into a positive for her.

Hillary could machine gun immigrant children and bury them in mass graves and her supporters would still vote for her. Don’t you understand that her policies just don’t matter?

Gee, if I were a dark, conspiratorial thinker, I’d suspect that the announcement by the Obami of “raids” weeks in advance was a ploy to provoke a “push-back” from friendly pro-immigration activists and pols.

Which is EXACTLY what I DO think they’re doing.

Why would they want push back?

This is either a futile and stupid attempt to reach a compromise with Republicans on immigration, by showing that, yes, the Obama Administration is for enforcement of immigration laws, and they can do things that are that stupid – or it’s something they think will prove useful in defense in a lawsuit against Obama’s executive action.

They would want push back so they can back down to it.