France’s Jewish Problems Are Not New

France’s Jewish Problems Are Not New

Trove of documents from the Vichy era a reminder of anti-Semitism’s long history. 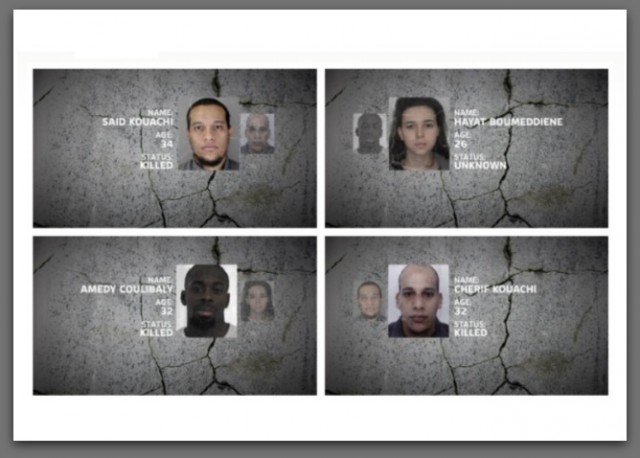 This week’s release of a trove of documents from the Vichy era are a reminder of anti-Semitism’s long history in France, even as France’s Jews increasingly flee to Israel.

The documents, which were previously only partially accessible to researchers, will make “information such as the activities of the special police, who hunted resistants, communists and Jews accessible to the public, as long as they have been cleared by defence and security chiefs,” French radio station RFI reported. These archives also “show the extra-legal prosecution of members of the French Resistance, as well as proceedings against French Jews,” says the Associated Press.

“France has a painful relationship with this portion of its past, when the government helped the Nazis deport 76,000 Jews during the war,” Agence France-Presse reports.

The New York Times reported that the release of these documents may help Vichy, the small town where the collaborating government was based, come to terms with this dark period of French history. “While the city of 25,000 may remain a symbol, it may no longer be a scapegoat,” the Times says. Here’s more:

“Thierry Wirth, a Vichy historian and author, said [the documents’ release] would provide a true picture of France’s ‘collective involvement.’

” ‘The Vichy regime was situated here, in the free zone, but the records clearly show that the greatest numbers of collaborationists were, in fact, in the occupied zone, including Paris,’ Mr. Wirth said. ‘Moreover, the region in which we are situated, the Auvergne, had France’s largest force of Resistance fighters …’ “

In other words, the long-standing claim that the puppet government in Vichy collaborated but occupied France resisted is untrue.

Neither was the Nazi-era just a moment of anti-Semitism in an otherwise good relationship .  To the contrary, anti-Semitism is the norm in France, so much so that Susan Warner has written at the Gatestone Institute about “France’s Thousand Year War Against the Jews.”

The Dreyfus Affair arguably kicked off modern Zionism.  In 1894, the French, Jewish artilleryman Alfred Dreyfus was falsely accused of handing military secrets to the German embassy in Paris.  Amid a hysteria of explicit anti-Semitism, he was convicted in one of the great historical miscarriages of justice.  He was later given a new trial and acquitted, then served honorably through WWI.  The Dreyfus Affair was long considered Theodore Herzl’s instigation for reviving dreams of a Jewish return to Jerusalem, though some now dispute it.

As we will learn in greater detail once the recently released trove is incorporated into the historical record, Vichy and “occupied” France alike collaborated in the destruction of French Jewry in WWII.

Revelation of the scope and horrors of the holocaust dampened explicit anti-Semitism in France as in most of Europe in the post-War period, but the hiatus did not last long. David A. Bell wrote a fantastic essay on French/Jewish relations in the World Affairs Journal and noted:

In 1967, in the midst of a dispute between France and Israel, President Charles de Gaulle angrily denounced the Jews in terms eerily reminiscent of Rousseau, two hundred years before. In diaspora, he charged, “they remained what they had always been, an elite people, confident and domineering.” Thirteen years later, after Arab terrorists carried out a bungled assault on a wealthy Parisian synagogue, killing several passers-by instead of the intended Jewish targets, Prime Minister Raymond Barre rushed to the scene and lamented the fact that “innocent Frenchmen were killed.”

The attitude that there are “innocent Frenchmen” and then there are Jews may explain France’s lackadaisical response to the wave of anti-Jewish attacks by Muslims in France in the last decade.

As Bell described a February, 2006 attack:

[a] 23-year-old French Jew of Moroccan descent named Ilan Halimi was found tied to a tree, barely alive. Kidnappers had left him there naked, handcuffed, hooded, and gagged, after having cut off pieces of his fingers and his ears, stabbed him repeatedly, and burned much of his body. He died before reaching a hospital. The police soon arrested more than twenty youths belonging to a gang called “the Barbarians,” led by a 25-year-old Muslim immigrant from the Ivory Coast named Youssouf Fofana. They had targeted Halimi, and demanded a ransom of over $600,000 (which his family found impossible to raise), because of a vague belief that all Jews are rich. In the time since his arrest, Fofana has shown no remorse and has adopted the language of Islamic extremism. On trial in April of this year, he declared that “Allah will be victorious,” and gave his name as “African Barbarian Army Revolt Salafist” (Salafism is a strain of Islamic thought grounded in a literal interpretation of the Koran).

Since Bell’s report, instances of anti-Jewish violence have proliferated without any serious response from the French government:

France was slow to acknowledge this wave of Jew hatred, let alone that it would inevitably expand to a rejection of France itself.

But the Jews noticed, and they are leaving.  The chief Rabbi in neighboring Belgium has declared that there is no future for Jews in Europe.  The rate of emigration from France to Israel is spiking, with some declaring the end of French Jewry altogether.

Whatever the Vichy documents may say about formal French collaboration with the Nazis in World War II, it must be understood as an episode in an age-old rejection of Jews as fully French or capable of ever being Fully French.  The modern variant is an abiding disinterest in Jewish victimization by Islamists in France.

Under – this proto Muslims’, BHO, policies, Jews who are not JINOs are in danger, all over the world, USSA, Ununited Socialist States of America included.
The Soros influence in the DemoKKKrat party has increased not decreased. BDS has not been dimished.

French antisemitism is nothing compared to the hate of Israel exhibited by the/old left.

The fact that France hates, and has hated Jews is not in question. It matters not which side of the Armistice line they lived during the war. Some years ago, a historical researcher wrote a book about Vichy actions in relation to Jews. He quoted documents from the Vichy ministries that viewed German demands for Jews to be killed as a quota, and Vichy insistence that the quotas be over-fulfilled. They were.

There is no place for Jews in France and in Europe. They should leave for somewhere that they may have a fighting chance. Of course, once they are gone, the newly reinforced Muslims will just start attacking the European infidels instead.

Then we will see how tolerant Europeans are. I am betting on surrender.

The only saving grace the Vichy regime can claim is that ‘only’ 90,000 Jews were murdered not because they didn’t try but because the Vichy government was hopelessly disorganized and incompetent.