Feminist-founder Has Change of Heart, Turns Pro-Life, Asks for Forgiveness

Feminist-founder Has Change of Heart, Turns Pro-Life, Asks for Forgiveness

“I have repented of having had an abortion and today I ask for forgiveness.” 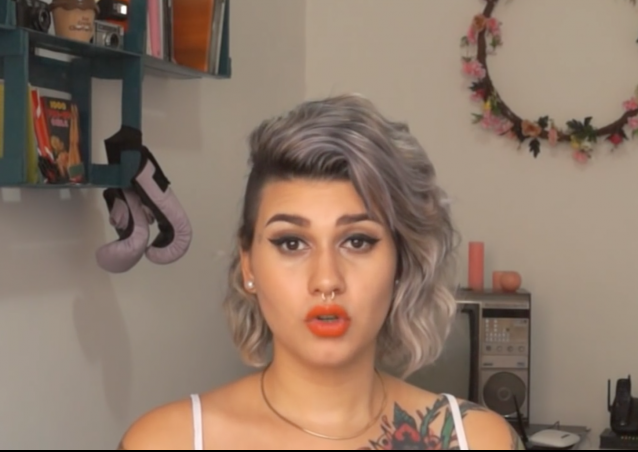 Ultra-feminist founder of Femen Brazil recently had a change of heart. Not only has she denounced the modern feminism movement, but she’s now a pro-life advocate.

Lifesite News has the story:

Sara Fernanda Giromin first made herself known to Brazil and to the world under the alias “Sara Winter” in 2012, when she became the founding member of Femen Brazil, and led a trio of girls in a number of topless protests that garnered much media attention. However, only three years later, the young activist has done an about-face and has declared war on feminism and abortion, and is apologizing to Christians for her offensive behavior. She has also published a short book detailing the abuse and disappointment she suffered at the hands of fellow feminists.

“I have repented of having had an abortion and today I ask for forgiveness,” wrote Giromin. “Yesterday marked one month after the birth of my baby and my life has taken on a new meaning. I’m writing this while he sleeps serenely on my lap. It is the greatest sensation in the world.”

“Please, women who are desperate to abort, think carefully about it. I was very sorry I did it. I don’t want the same for you,” she added.

But Giromin’s about-face isn’t limited to abortion. She’s now speaking out against the feminist movement referring to it as a corrupt religious “sect.”

In the months that have followed, Giromin has revealed to her readership her disillusionment with feminism and gender ideology, and has repudiated her “bisexual” orientation. She has also expressed remorse for having offended Christians in January of 2014, when she engaged in a well publicized same-sex kiss with another seminude girl with a cross in the background, in front of the Church of Our Lady of Candelária in Rio de Janeiro. The photo of the two had become iconic in Brazil of homosexual contempt for Christianity.

“Asking for forgiveness is certainly not an easy thing to do,” said Giromin in a YouTube video entitled “I ask Christians for forgiveness for feminist protest.” “We went way too far and ended up offending many religious and non-religious people,” she added, recognizing the stunt as a form of “blasphemy.” She adds that she is making progress in her own spiritual life, although the exact nature of her current beliefs remains unclear.

Although she left Femen in 2013 after denouncing it as a “business,” she had continued her bare-chested protests as the leader of a new feminist group comprised of both men and women, called “Bastardxs,” (allowing for both the masculine and feminine forms of the word “Bastards” in Portuguese). She has now made it clear that she regards herself as having no affiliation with feminism at all, repudiating the movement as a religious “sect” that uses women as objects, promotes lesbianism, and covers up pedophilia in its ranks.

Giromin says that she felt pressured by the feminist movement to declare herself “bisexual” so that she could receive maximum respect. “Lesbian and bisexual women have much more voice and respect within the movement, so in the search for recognition of my struggle, with each day that passed, I deconstructed my heterosexuality and was substituting it with an artificial bisexuality.” Upon leaving feminism, Giromin ceased to regard herself as a “bisexual” and has also rejected gender ideology, a sine qua non of social acceptance in the feminist movement.

In her new book “Bitch, no! Seven times I was betrayed by Feminism” (Vadia não! Sete vezes que fui traída pelo feminismo), Giromin writes that she was repeatedly pushed to do drugs, to engage in sex with strangers, and was even molested by a lesbian, all at the hands of feminists who claimed to be fighting for women’s equality. She also recounts that when she once confided in a feminist academic that she was involved in prostitution while still a teen, she was devastated to find that the woman affirmed her behavior and did nothing to offer her a way out. She notes that one of the few times she received affection, kindness, and understanding from a female friend, it was from an older, conservative “anti-feminist,” who treated her like a daughter.

There is always hope.

THAT is great story, and…

Well, she’s not exactly a wilting flower. She might be up for it.

Wait. That may not have come out just right….

Not up to me or anyone else to forgive her. In other news, welcome to the good fight.

Now she can show her boobs for good instead of evil.

And figure a way to get rid of that gross tattoo.

And the recharger sticking out of her nose……

Once, a choice of youthful ignorance. Twice and more, natural born killer.

Repent and sin no more.

Strangely, I cannot find any mention of this in the mainstream news.

Good for you and I forgive you!
Be strong, be humble and always remember that not a one of us is perfect. Continue to tell your story so that it may help others to see the truth. May the LORD continue to bless you and your child.

Hypocrisy at its finest.

But, but, we have been assured over and over again that women don’t have any reason to regret having an abortion.

Well, I am grateful that see has seen the light, but she will certainly become persona non grata and will be totally ignored by the progressive world now.

I do hope and pray that see goes beyond apologizing to the Christians of the world and actually considers becoming one. I suppose she may have, though the article doesn’t say so. At the very least I hope she realizes that Christianity is a force for good in the world. Feminism, not so much. My church group’s website doesn’t have a page on revival in Brazil or the world (though they need it as much as we do) but check out our page on revival in America ( http://www.unshackledaction.com/#!revival-in-america/c1iot ) and apply it beyond our borders.