Did El Niño give birth to Winter Storm Goliath?

Did El Niño give birth to Winter Storm Goliath?

However, US meteorologists aren’t hot to connect El Niño to “climate change”. 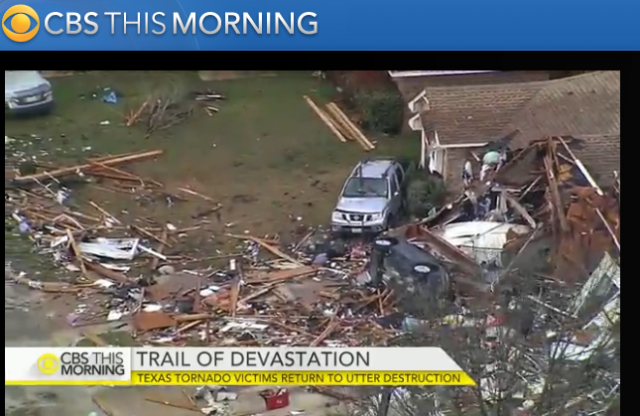 2015 will be remembered as a wild year for many reasons, including the weather.

While the Eastern part of the country was enjoying record high temperatures, the Great Plains was slammed by “Winter Storm Goliath”.

Winter Storm Goliath, the seventh named storm of the 2015-16 season, brought more than three feet of snow and extremely dangerous blizzard conditions to parts of the Southern Plains.

New Mexico was under a state of emergency, where the governor called the weather a “dire situation.” The panhandles of Texas and Oklahoma were also hammered by this storm, and officials were forced to close Interstate 40, which runs through Amarillo, because of the life-threatening conditions. Major roads were covered in snow, and drifts up to 10 feet were reported.

Snow drifts even stranded a couple in their car for 20 hours overnight Saturday and into Sunday near Clovis, New Mexico. Jimmy and Betty Anderson were eventually pulled from their car when whiteout conditions ended and crews were able to locate them, according to the Clovis News Journal.

The storm is now moving to the Northeast, and is expected to subside sometime Tuesday.

I was following the coverage of Texas closely, as I have several good friends in the Dallas area. The most powerful twister was in Garland, Texas, and was rated at an EF-4 level by the National Weather Service. According to the Enhanced Fujita Scale, this is an extremely rare and powerful class of tornado, with wind speeds close to 200 mph and capable of lifting cars and leveling houses.

The storm’s impact on Garland and nearby Rowlett was devastating:

In Garland alone, 600 homes were damaged or leveled, reports CBS News correspondent David Begnaud, and people have begun the painful of assessing what was lost – for some, even their loved ones.

Petra Ruiz was a 27-year-old mother of four. She was on her way home when the tornado tossed her car off Interstate 30. She was among the eight victims who died when their cars went airborne.

So far, Goliath has claimed 43 lives, including that of a newborn baby girl in Texas.

However, our nation is only one of several that have been impacted by extreme weather conditions. Several South American countries are reporting historic flooding:

Vast areas in Paraguay, Argentina, Uruguay and Brazil are being hit by the worst flooding in 50 years, forcing the evacuation of more than 150,000 people.

Days of heavy rains brought on by the El Nino weather phenomenon have caused three major rivers to swell, and officials report at least six deaths.

A state of emergency is in force in Paraguay, the worst hit nation, where 130,000 people have fled their homes.

In northern Argentina, some 20,000 people have left their homes.

El Niño is a predictable weather pattern that occurs every four to seven years on and are triggered by a shift in trade winds across the Pacific around the equator. What has been surprising is that US meteorologists have been distinguishing the cyclic pattern from “climate change”.

An analysis of the extremely warm weather the preceded Goliath by American weather professionals revealed no rush to jump on the “climate change” bandwagon with the reports.

…WABC’s Jeff Smith agreed that El Niño played a role, but dismissed a link to climate change, saying that “you can never really blame one weather event, including a really warm month or two, on global warming.”

“I could sit here and say that this is proof of the fact that there’s global warming going on — no, I can’t,” the North Carolina-based meteorologist told viewers on Monday.

Given the fact that 2016 is likely to be even wilder than 2015, it is good to see some sober and serious coverage from at least one segment of the American news media.

“Winter Storm ‘Goliath'” is a Weather Channel affectation. Winter storms are a regularly-occurring part of winter. They do not need names.

Exactly. It’s such an utterly dumb made-for-TV affectation, I cringe when I see otherwise-intelligent people going along with it.

Here in the eastern half of Oklahoma we didn’t get much snow but we did get some record setting flooding, particularly the Illinois River down near Tahlequah. If I remember right they got something like 11 inches of rain during this storm which swelled the river to record levels. Here at our home I consider us lucky, the worst we had to deal with was water slowly but continuously seeping into the garage. About every hour or two we would go out there with the shopvac and suck it all up and then go dump it. Annoying and a little hard on our backs but not too bad.

Just left New Mexico where my in-laws live as high as you can build east of Albuqurque on Sandia Mountain near the tramway. I left them with enough Christmas leftovers for at least a week including a slow roasted beef loin, a 3 1/2 lb salmon fillet I smoked, 2 batches each of peanut butter and chocolate chip cookies, green chile sauce for huevlos rancheros and other stuff. I also helped stack a half cord of firewood. They’re in their upper 80s with what I call the steepest driveway in the world (over 30ft of elevation in 100ft of length). They’re not going any where until the snow is gone. Fortunately my brother-in-law, a former captain in the Army Rangers is with them. You can’t get much better help than that.

El Nino has nothing to do with global warming. It’s a purely sunlight driven phenomena. The sun shines on the surface of the eastern Pacific. The water warms and is driven westwards by steady winds until it is stopped by India and other land. It builds up. The western ocean there can be over 4 ft higher than the eastern Pacific. That’s a lot of weight. Billions, maybe trillions of tons. Eventually there is so much weight and the winds slacken. This water takes a dive of a couple hundred feet and flows east until it hits South America and the very southern part of North America where it surfaces. The water is very warm and the evaporation rate increases dramatically. That water vapor, still warm and loaded with heat rises to the upper atmosphere where it meets sub zero air and gives off humongous amounts of heat where that heat eventually is lost to outer space. The condensed water is carried by the winds and eventually falls in great amounts in South America, the American Southwest and hopefully in California. This will be followed by a couple of years of La Nina where the now cooler Pacific absorbs heat from the atmosphere and world temps cool a bit. This whole pattern is known to be a natural cycle caused by the sun and not global warming. Even the AGW experts know and admit this. However, there is always a willing crowd of AGW liars eager to blame everything on global warming. I have an answer for them. Global warming is caused by my wife’s hot flashes, not the burning of coal.

Now we are naming cold fronts. How cute. We should be able to run through all the good Biblical names in about 3 years.

Anyone who wants to see the historical weather patterns of this country can visit the Grand Canyon and other parts of the desert central region of the United States, and observe the steplike features carved into the landscape by our ancient rivers, that have remained exposed due to the lack of coverage by plants.

Drought-and-flood cycles are the normal weather pattern for this country, as recorded in its bones.

My favorite is Mahershalalhashbaz.