BDS advocates want to undermine Israel on the world stage and its economic tools are beside the point. 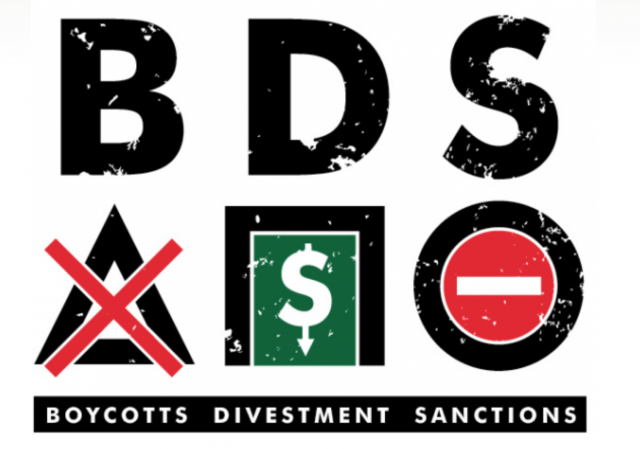 A recent article from Adrienne Yaron has an important kernel of truth surrounded by a myriad of analytical errors and false conclusions.  The central point that BDS is a cover for defamation of Israel and development of a critical mass of anti-Israel and anti-Jewish hatred on false pretenses is sound.  The suggestions that BDS is incapable of having an economic impact and that BDS should therefore be mocked rather than substantively opposed is not.

Yaron’s core and accurate observation is that BDS’s economic arguments are a vehicle for simple malice:

The real goal and purpose of BDS is to defame Israel, and attempt to discredit it in the eyes of foreign observers, in order to exert political pressure. BDS demonstrations are an opportunity for them to spew antisemitic vitriol and express their vicious hatred of the Jewish state. BDS’ [sic] only real power is in propagating its hateful ideology.

This is absolutely true, with ample evidence from BDS supporters’ anti-Jewish and anti-Israel deceptions and violence, and the overlap between BDS and actual or implicit support for terrorism.

But from there Yaron proceeds to incorrectly argue that BDS cannot have an economic impact on Israel:

the overwhelming majority of Israeli export products are simply not susceptible to boycott. Of Israel’s top ten export categories, only two of them consist primarily of consumer products: pharmaceuticals and medical equipment. Do you really think anyone with AIDS or HIV will boycott the best HIV medications available? Or that diabetics will boycott the easiest and most painless insulin administrators, or the newly developed artificial pancreas?…

The rest of Israel’s top ten export categories are all industrial or governmental-level products, which are not purchased by individual consumers. The industrial and government level products that Israel markets are, like Israel’s pharmaceuticals, generally unique, necessary, and irreplaceable. China, India, and Africa need Israel’s agritech and water technology products to feed and water their burgeoning populations. California has no choice but to employ Israeli companies to solve its drought problems.

Every country in the world that wants to protect its population from terrorist attacks must turn to Israel for the most state of the art security products. And of course, Israel’s high tech industry, both hardware and software, is thoroughly integrated into virtually all modern electronic products. Even most Arab countries either directly or indirectly use Israeli water, agriculture, and communications technology.

The argument that an anti-Israel boycott is doomed to failure because Israel provides goods integral to the global economy is a good one.

However, this does not address BDS’s divestment and sanctions components.  Sanctions would be economically damaging to Israel and the sanctioning nation alike, but are very unlikely at least in the United States, and even in Europe.

More important yet, and based on incorrectly dismissing BDS’s economic viability, Yaron also argues that Israel’s supporters should mock rather than substantively oppose BDS:

Those of us that support Israel have been out there trying to convince people why they should not boycott Israel, defensively arguing that Israel is a nice place and please don’t be mean to us. And in the process, we’ve been making the BDS movement seem far more powerful and effective than it really is. Our protestations make it seem like BDS is actually hurting Israel. Responding rationally to their arguments makes them seem legitimate…
If we want to beat BDS, we must expose them as the useless [sic] hateful idiots they really are. What we should be doing is humiliating these people with the evidence of their hypocrisy and ignorance at every opportunity. BDS tables should be countered with humorous tables offering “Deposit your cell phone here to boycott Israel.” When pro-Israel voices are asked about the issue by the press, we should thank them for the free advertising and their continued support of Israeli communications technologies used in planning and recording their events.

BDS activists are nothing more than schoolyard bullies. They thrive on making us upset, but ultimately that is their only real power. We can defeat them simply by laughing at them. After all, what is more ridiculous and pathetic than a bitter Jew-hater who can’t survive without Jewish technology? We can discredit them simply by showing the world how hypocritical, idiotic, and ineffectual they really are.

This is myopic and incorrect.  Yes, BDS has made few gains, but that is no doubt in part because Israel’s defenders have fought back.  BDS does not thrive on being disproven and exposed, it thrives on uninformed listeners.  Responding rationally and factually to BDS’s arguments does not somehow legitimize or empower those who spew it, it defeats them.  Pointing out BDS proponents’ hypocrisy may embarrass them, but will not silence them.

To the contrary, Yaron’s correct assessment that BDS is merely a vehicle for demonizing Israel perfectly contradicts her proposition that BDS is irrelevant because it allegedly has a negligible economic impact.  Whether or not Israel’s economy suffers, BDS can still “discredit [Israel] in the eyes of foreign observers, in order to exert political pressure.”  People unwilling to forego cell phones and life-saving medical treatment might nevertheless be willing to impose political pressure on Israel.

Which is why BDS must be opposed on the merits.  The libels that Israel is an apartheid state, is militarist, expansionist or colonialist, that Israel is unwilling and has made no true efforts at peace may never have any economic impact, but they can nevertheless turn the uninformed listener against Israel unless refuted.  The appropriate response is to soberly and systematically deconstruct BDS’s foundation of lies and distortions.

The argument, that the BDS movement has no economic impact, makes the same mistake as President Obama, when he called the Daesh “the JV team.”

Most really big problems start out as something minor, or ordinary maintenance that gets out of hand. Wise leaders at least attempt to deal with small problems, in order to avoid having to deal with more catastrophes than actually necessary.

BDS is an organization that is anti-academic and promotes a false historic narrative. It also supports the Hamas, a blasphemous organization dedicated to genocide in the name of God, by means of eternal warfare.

BDS is entitled to exactly as much toleration and support as the KKK.

BDS is entitled to exactly as much toleration and support as the KKK.

Who is suggesting toleration or support. But consider what you just wrote. This very blog has long taken the view that the KKK is irrelevant and harmless, and those who play it up as a serious threat (primarily the SPLC) are cynical manipulators out to raise money from the gullible and the frightened. That the proper way to treat the KKK is to ignore it or laugh at it. I don’t recall whether this blog has officially taken the same position on the Phelps family, but many others, including me, have done so.

Now I wouldn’t argue that BDS is as irrelevant as the KKK or the Phelpses, and nor does Ms Yaron. They are a large and growing malevolent force, and they need to be opposed. The only question is how to oppose them. Ms Yaron argues that the current opposition is too concerned with the economic harm it imagines BDS can do, and therefore puts its energy into trying to persuade people not to boycott, divest, or sanction, rather than into attacking the haters directly. She argues that there is no realistic chance of people actually boycotting, divesting, or sanctioning, so there’s no need to put any energy into preventing that, and the fight against BDS should therefore be directed squarely at discrediting them.

Here’s a way in which these two approaches contrast starkly: To persuade people not to B D or S Israel, it may be necessary to take an apologetic stance, to stipulate that there is much truth in the attacks on Israel, but to argue that even so it doesn’t deserve to be treated like that. Yes, Israel does X bad thing, but look at this list of countries that do worse things! Why don’t you B D or S them? Yes, Israel is bad, but it’s not that bad. If you don’t like Israel’s policies (and who does?) then you should exert behind-the-scenes political pressure, but not hurt poor Israelis who are not responsible for their government’s wrongdoing. Or, if ditto ditto, that’s not enough to justify supporting Israel’s destruction, so you should punish it only in lesser ways. Or, B D and S will deprive you of a chance to influence the Israelis to do better, or to mitigate the harm they do, or to improve things there by your own efforts.

As I said, all of these may make sense if you’re trying to prevent a disaster. But if you realise that what you’re fighting is a pure propaganda war, that BDS’s true target is not Israel’s economy but its legitimacy, then the fight against it must be wholehearted and full-mouthed, and above all confrontational. Give people the facts, and stop apologizing for them. Don’t pull punches. Support every Israeli policy that is challenged, or if there’s a policy you can’t support then be silent and focus on the ones you can. Push the Overton window in the other direction, by “conceding” that yes, Israel has many flaws, and list ones that the other side would consider virtues.

That’s at least what I took to be Ms Yaron’s core point.