Prison convert to Islam with history of mental illness. 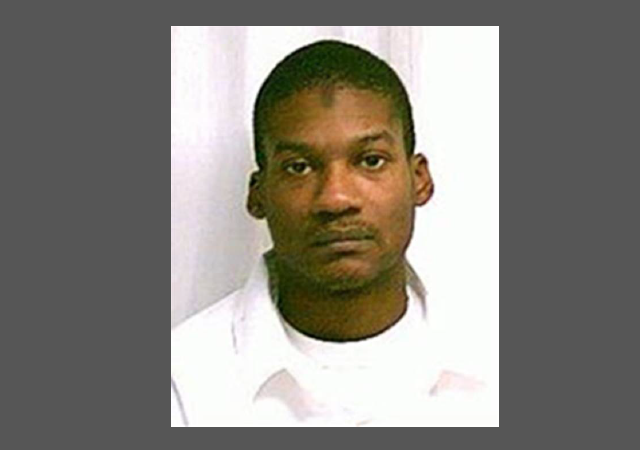 An ex-con who converted to Islam in prison has been arrested in New Year’s Eve plot:

Federal officials in Rochester, New York, have arrested a man who was allegedly plotting a New Year’s Eve machete attack on diners at a local restaurant.

According to NBC News, 25-year-old Emanuel Lutchman is an ex-con Muslim convert and supporter of ISIS. He was charged with attempting to provide material support to the terrorist group, federal prosecutors said.

The criminal complaint alleges that Lutchman was in contact with ISIS in Syria, who urged him to kill non-Muslims on New Year’s Eve. On December 27th, Lutchman sent a confidential informant an audio recording of himself swearing allegiance to ISIS, according to NBC News. NBC says Lutchman allegedly discussed with the informants attacks using pressure cooker bombs, a machete, and knives, the complaint said.

Then on December 28th, he allegedly told an informant he “wanted to sneak a bomb into a club or bar, kidnap a couple of people and kill them,” NBC reports.

The FBI says he had pledged allegiance to ISIS leader Abu Bakr al-Baghdadi, wanted to leave to U.S. to live in the caliphate, and was in contact with a reputed ISIS member in Syria — who urged him to kill non-Muslims on the holiday.

“New years [sic] is here soon. Do operations and kill some kuffar,” the overseas contact told him, the court papers allege.

The mayor of Rochester cancelled the city’s New Year’s Eve fireworks celebration Thursday so that more police could be deployed to patrol, but officials said there is no information of a credible threat.

Lutchman’s grandmother, Beverley Carridice, told NBC News he had been plagued by psychiatric problems since childhood and had recently stabbed himself in the stomach during a suicide attempt.

As I’ve noted…this kind of crap is just going to be part of the American (and Western) experience for a while.

These attacks are just too cheap and too effective to NOT happen.

Good work on the part of the sheepdogs, BTW! Thank you!

Seems like a loser. Couldn’t even afford weapons, and was trying to figure out which friends he could borrow knives from.

I also wonder just how big the FBI guy’s role really was; the official story seems to tread the entrapment line very closely. Without FBI guy’s prompting would he ever have done anything?

I bet Shaun King, DeRay McKesson and Sam L. Jackson were salivating when they learned of the terror-related arrest of a man named Lutchman.

I’m glad that somebody is paying attention. I think the “o,” Admin. is telling the FBI, to stand down to such things. We need to come down HARD, on these people who plan Serious harm to our Citizens.