An Interview with Antonio F. Branco

An Interview with Antonio F. Branco

“I’m blessed to be able to do my two passions: Art and politics.” 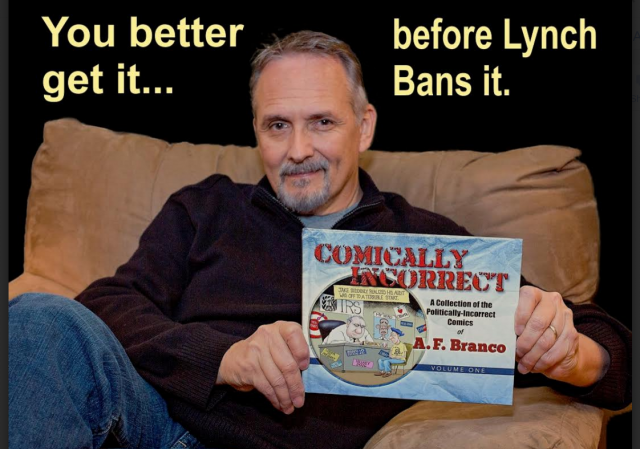 It was my pleasure to interview Legal Insurrection’s cartoonist extraordinaire, Antonio F. Branco, for Canto Talk this week.

Antonio shares his journey from proprietor of a graphics art business to Tea Party participant to one of America’s leading cartoon panel pundit:

“I was a late-comer…I went to a few rallies,” said Antonio, describing his entry into political activism. “I just fumed and vented, then I started to draw cartoons.”

We featured work from Antonio’s new book, comically incorrect. Antonio gives us a behind-the-scene view of some of his favorite panels, including one featuring two lobsters and a mention of Glenn Beck.

The book is available at a $5 discount off the $24.95 list price at Patriot Depot (where they throw in a calendar of Branco’s cartoons as well), and at list price at Amazon.

At Patriot Depot only you can purchase an autographed copy for $29.95.

We also talk about the history of political cartoons and cover a couple of current events. Antonio also gives us a few thoughts about the Republican presidential field.

I also offer an idea for an upcoming graphic: It seems the Obama’s dog is running wild in the White House:

The president’s fully-grown dog with impeccable breeding is taking poops in the White House.

First Lady Michelle Obama laughed about the animals defecating in the “People’s House.” She said the Portuguese Water Dogs, would still be rewarded with “lots of new toys and treats” for Christmas.

…Sunny, who cost roughly $2,500 and is the cousin of this year’s favorite at the Westminster dog show, has apparently been crapping in the White House for years. The dog was not potty trained when the Obamas got her in 2013.

We look forward to having Antonio return as a guest as we get closer to the 2016 election.

Branco is a genius.

Dog poop in the White House? Words just will not do justice to any comments about that series of events,although a Branco Cartoon would!

Still, LI is the place to go for all sorts of knowledge and meaningful insights into everything!

The book is great! Everyone should purchase a copy.

I heard my wife laughing, looked over to see she was reading…

According to John Kerry’s logic a Democrat who is upset over Branco’s cartoons would have a legitimate reason to go after him.

You’d better watch you back and please, please whatever you do…keep drawing!!!

Our cards are all maxed out so I’m a little surprised it went through! I’ll have Branco autograph it in person when he’s in L.A. some time in the future. Yeah?