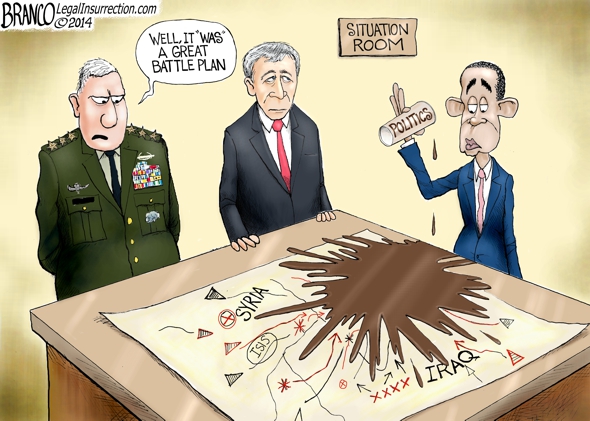 Over the weekend the U.S. military completed its second arms delivery to the Syrian Arab Coalition. The supplies were delivered to Erbil and then carried west.

The Syrian Arab Coalition is an “umbrella group” consisting of 5000 Arab forces that have joined together with Kurdish fighters to take on the Islamic State, or ISIS. The first “drop” benefiting the Coalition signified the U.S. pivot away from a “train and equip” strategy and toward a strategy that relies heavily on using existing forces to cut away at ISIS strongholds.

More via the Wall Street Journal:

The first delivery, consisting mostly of small arms ammunition, was conducted by air on Oct. 11. The arrival of the second batch of ammunition, this time by land, suggests the coalition is performing well enough against Islamic State that the U.S. is willing to continue the relationship.

Although the coalition is comprised mostly of Arab groups, many work in conjunction with Kurdish forces, known to be some of the most effective fighters against Islamic State.

Defense Secretary Ash Carter and others have championed helping Kurdish fighters because of their battlefield effectiveness, despite concerns in Turkey that such a move would embolden Kurdish separatists.

Pentagon officials have sidestepped questions about whether the ammunition deliveries amount to arming the Kurds, saying instead that the ammunition is going to the groups for which it is intended.

According to the WSJ, U.S. military officials are employing a “drop, op, and assess” strategy to monitor the successes and failures of Coalition missions aided by American arms supplies. Officials say they’re providing new supplies on a case by case basis, ensuring that past missions succeeded before backing new ones.

The participation of Kurdish forces has created a tricky situation for U.S. military officials trying to balance their current mission in the Middle East with the need to tread lightly on Turkish sensibilities:

Small arms ammunition has made its way to Syrian Kurdish fighters in the past such as the YPG, a key ally in the fight against ISIS, but a group closely tied to the Kurdistan Workers Party or PKK in neighboring Iraq, a leftist group which has fought a thirty-year insurgency against Turkey.

The group recently resumed attacks against Turkish military and police units, killing scores in the past few months.

Pentagon officials said last week that Turkey requested US Air Force F-15C fighter jets at Insirlik Air Base near the Syrian border to help protect its airspace against Russian incursions which have occurred on a handful of occasions, according to the Turkish government.

Turkey has also allowed a growing presence of USAF air-to-ground attack planes to Incirlik including a dozen A-10 Warhogs and a half dozen F-15E Strike Eagles, the two-seater variant to the C model which can conduct bombing missions against ISIS.

These deliveries came just ahead of a coordinated air strike against 116 trucks ISIS was using to transport oil as part of its oil-smuggling ring.

Which begs the question ,why not give the arms directly to the Kurds??? How do we know that the Kurds will get the weapons? The arabs have plenty of supplies from the Saudis and Quttar.

Just you watch: Obama’s latest dump of light weaponry abroad will make it back again to the US again. All on purpose, of course.

I’d tell you what I think of Turkish “sensibilities”, but I might get banned. They’re the ones making sure the “refugees” get to Europe.

I think the problem with giving weapons directly to the Kurds is that the United States does not, and does not want to, recognize them as an independent country.

Obama doesn’t recognize Israel as an independent country. Are you surprised?

Obama will go down in history as the most genocidal American president of them all.