“You’re not the President! You’re WHITE!” 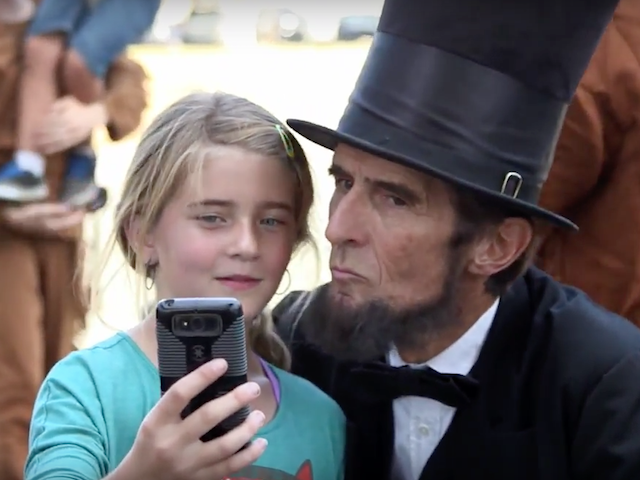 The world is horrible today.

Year? Let’s not quibble about when the horribleness started.

Earlier I was scrolling through the blog and I realized that, for the most part, everything that we (and by “we,” I mean conservatives at large) have been focusing on is either soaked in blood, or fodder for schism-revealing fights on Facebook and Twitter. This isn’t good, I decided; so I went on a search for a lede that didn’t include “ISIS” or “terrorism” or “Barack Obama.”

WIGS is a comedy web series mockumentary that follows young Isaac as his desperation for a paycheck leads him to join a motley crew of historical reenactors. Creator/director Matt Edwards produces a fun, clever twist on a familiar genre, bringing us characters that are both ridiculous and endearing.

It’s ridiculous. It’s “The Office” if Michael wrote a set of office rules based on the Articles of Confederation, and assigned everyone a role. So far the creators have posted three episodes, so it makes for a nice little rabbit hole to fall down when the 24 news cycle gets you down.

The lesson from their latest episode? Kids will say the darndest things to adults in powdered wigs and tights.

We at Legal Insurrection take the state of the world seriously. We devote most of our ink to Things That Matter© in the context of global politics and national security; we take Presidential debates and polling very seriously. We take anti-Semitism, and progressivism, and the downfall of the American college campus personally. I hope it shows.

We also believe in laughter and joy, and embracing the good things that make America and the West and freedom worth expending so much ink over—even if those things involve low-budget mockumentaries about questionable losers in man stockings.

I enjoyed this and will enjoy other things.