If suspect is guilty, conclusions jumped to were wrong. 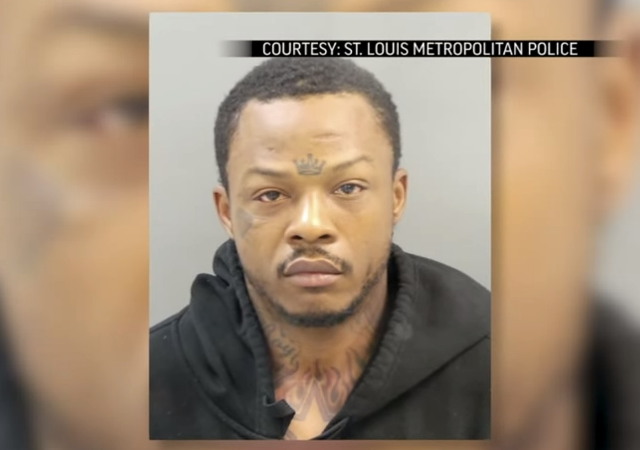 The city of St. Louis has been plagued by a string of fires at churches with black congregations. Some were quick to jump to the conclusion that the fires were racially motivated. David Graham at The Atlantic played that racial card:

The situation is not unlike the arsons that followed the massacre at Emanuel A.M.E. Church in Charleston this summer. As The Atlantic pointed out at the time, there’s a long history of terrorism against black churches in America, one that begins in the era of slavery and continues up through Reconstruction, the civil-rights era, and into the 1990s. But unlike those burnings—and despite the intense focus on the St. Louis area since the August 2014 death of Michael Brown in Ferguson—the recent arsons have been slow to get the same attention, either in the national media or even in the area….

Burnings of black churches has often been a tactic for white supremacist groups.

That narrative took a hit with the announcement that a suspect was arrested for two of the fires. The suspect is black.

A suspect has been arrested and charged with arson following a string of church fires this month in St. Louis, authorities announced Friday.

“Hopefully, there are more charges coming,” Dotson said at a Friday news conference.

Authorities said the fires don’t appear to be the result of a hate crime or the targeting of a particular Christian denomination of ethnic group. Several of the churches that were attacked were predominantly African American, but at least two were not. Jackson is black, according to police.

“Arson of any kind is disturbing,” St. Louis Mayor Francis Slay said Friday. “It is especially disturbing when arson is directed at the very foundation of our community.”

In a testament to the faith of this community, several religious leaders in the area forgave the arsonist before there was even a suspect.

St. Louis religious leaders are uniting as one in an effort to stop the attacks on area churches. Six places of worship have been burned by an arsonist over the last two weeks. They are speaking with one voice when they say the church fires must stop.

The acts of violence have touched the hearts of senior outreach specialists with Better Family Life, who go door-to-door in the community telling residents about available programs. They can offer help for people who are mentally and spiritually broken, which is what religious leaders believe is the case with the arsonist. They made it clear they forgive whoever is responsible for setting the fires, but want them to stop.

This was news when it was racism, now that it is merely anti-Christian this will disappear down the memory hole.

It’s unlikely to be anti-Christian. Most vandalism of churches, synagogues, cemeteries, etc. are not motivated by any sort of hatred. These are just soft targets, since they’re often unoccupied and unwatched.

True, but because it could be peddled as anti-Christian, the MSM would kill the story to prevent the grist from getting to the mill.

Rachel Dolezal anyone?
Seems like tilling the Racial Discrimination fields are a lucrative proposition for more than a few folks, ie Al Sharpton, Jessie Jackson, Benjamin Crump.
Whatever it takes to help Comrade Barack bring about his ‘Fundamental Transformation’.
He obviously couldn’t let Melowese Richardson, and her twelve votes cast for Barack Obama, be the only one.

I just wanted to mention that the reporters are not being honest about the makeup of these churches. A “predominately black” church has white membership, and several of the churches that have been attacked in one manner or another have been the white in the past and mixed, the mixture depending on the skin color of the people who live nearby.

It may well be that these churches are being attacked because of their attitude of racial and spiritual harmony.

“The situation is not unlike the arsons that followed the massacre at Emanuel A.M.E. Church in Charleston this summer.”
When you consider that most of those fires were NOT arson, and the two that were, were not racially motivated, he’s right. Both situations were hyped by the media and the racebaiters as racist crimes when they weren’t.

Of course it was racist! Jackson burned those churches trying to pin it on Whitey, that was the racism. Everybody knew the perp was probably black, but the SJWs and Blacks are upset now that their boy has been caught and they can’t blame battle-flag-waving whites.

…OR he could just be nuts. I don’t credit crazy people with motives.

True, but it’s my guess. He could be crazy AND racist. If he has any brains at all, he’ll keep the racist part to himself.

Yah. “My client is nuts” is the way to go. “My client is racist” wouldn’t fly. Even an all-black jury wouldn’t go for that, because, as we all know, black people can’t be racist!

Expect an apology and remorse for being wrong again in that it wasn’t white racists, the NRA or right wing hate groups……..not.

David A. Love, a prominent journalist and commenter on African American topics, told Hatewatch today that the “arson of five black churches in St. Louis in 10 days is both alarming and not surprising.

“This is alarming because domestic terrorism is alive and well,” Love said. “It is such a problem that the U.S. Department of Justice recently predicted increases in violent acts by white extremists who are responding to a new reality in which people of color will become a majority in America.’

“At the same time,” Love said, “there is a vicious cycle created by rightwing politicians, the NRA and hate groups who stir up anger, fear and resentment over changing demographics and want their country back. Arson and other crimes are a natural outgrowth of that. These groups need a scapegoat, whether African Americans, Latino immigrants, the LGBTQ community or others.”

I guess I missed the “not” on first reading.

Just because he’s black does not mean that his movie was not racial. It just means it wasn’t a white guy who hates blacks.

What makes you think this guy is black. From the “born to lose” tat on his forehead I gather Signor David Lopez Jackson identifies as Latino. Specifically as a Latin King.

He’s a Black Hispanic, which exist in far greater numbers than White Hispanics, which consist mostly of the Frankie Muniz, George Zimmerman, and Jorge Ramos.

He was just responding to the microaggressions that the church was perpetrating . According to Deray, the Church’s cross was symbolic of the structural racism of whiteness.,Deray plans to incorporate this session into his Yale looting class.His grading scale Big screen tv A Drugs B Toilet paper C. All grades are subject to affirmative action curve to become A’s.

A black man setting on fire black churches? After The Atlantic has concluded it was the work of white racists. Sounds like a “false flag” operation. One might even call it a “black flag” operation but that would confuse it with the name of a line of household pest and rodent killers.

Nah, it’s not a false flag operation, it’s just an arsonist, who happens to be black, getting his jollies, and various idiots reading their own agendas into it.

The arsonist was just trying to raise awareness about arson.

Why does this surprise anyone? Wasn’t everyone expecting something like this?

Also, this sentence caught my eye: “Several of the churches that were attacked were predominantly African American, but at least two were not.” How many are “several”, and how many are “at least two”? Could it possibly be that “several” is five, and “at least two” is six?

I remember the wave of church burnings in 1995 (or was it ’96?) that was initially described as anti-black. Even the great A. M. Rosenthal was taken in, writing that the arsonists must be white supremacists, because if they weren’t, why weren’t white churches burning too? Well, shortly after that I saw a report that “37 black churches have burned to date, along with more than a score of white churches”, and was struck by the contrast between the precision first number and the extreme vagueness of the second. I immediately asked myself “How many more than a score? Could it possibly be 18 more than a score? Or even more?” And indeed the fires turned out to be unconnected to each other, and mostly the work of black arsonists, each acting for non-racist reasons of his own.

There are no “hate crimes”, only low risk targets, and high profit politically opportunities. While this is the former, it is certainly not the latter. That said, ban high capacity match boxes, and abortion rites for babies.

Arson does not require a soft or low risk target. Unless the motive was robbery or similar, this was either an act motivated by prejudice or insanity. The government and so-called “civil rights” groups should probably tone down their rhetoric.

Of course it requires a low-risk target, if you don’t want to get caught. Also if you’re not a murderer, you want to confine your arson to unoccupied buildings, such as churches. Neither prejudice nor insanity is required to explain such fires, unless you define fire-setting as insanity. The joy of vandalism is enough to explain them, or the settling of some grudge.

The press should also step away from their JournoListic reports. The anti-American propaganda in left-wing publications has become blatant. The sincere effort to marginalize and replace the predominant Christian religion with a pro-choice cult has promoted progressive dysfunction and corruption.