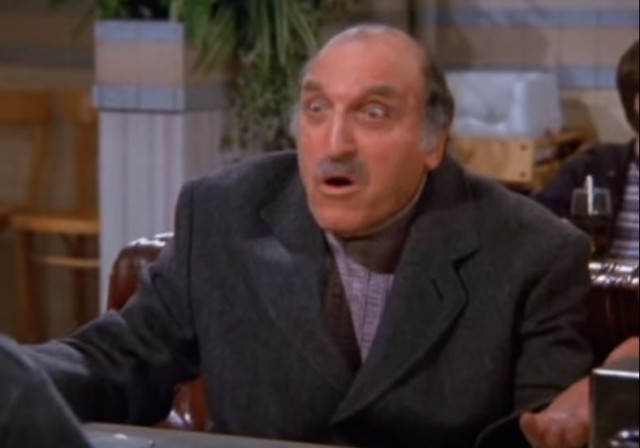 Hillary Clinton has been acting quite confused lately.

Here claim during the debate that she accepted large donations from Wall Street firms to help rebuild from the 9/11 attacks has just about everyone baffled.

And of course, her email server explanations are just as suspicious.

Was it her concussion from her fall that took six months to get over?

Is she just incapable of giving straight answers.

Or does she have the “Uncle Leo” defense?

Based on documents just obtained by Judicial Watch, looks like Hillary may have a defense that she was just “confused”:

Abedin: Have you been going over her calls with her? So she knows singh is at 8? [India Prime Minister Manmohan Singh]
Hanley: She was in bed for a nap by the time I heard that she had an 8am call. Will go over with her
Abedin: Very imp to do that. She’s often confused.

She’s a corrupt 70 year-old lunatic in lousy health. Her intellectual and abilities are as much of a media contrivance as that of ‘Barack Hussein Obama’s’ (or whoever he really is.)

So if the Uncle Leo excuse doesn’t work, the democrat media’s excuse will: #herwigistootight

A ‘confused’ liar is still a liar.
But, probably a more dangerous one.

Facelift, eyelift, necklift, botox… too much anesthesia. It’s hard keeping track of so many lies even for a smart person.

I’m not buying it. It takes a very focused person to do all of the ducking and weaving she did during her appearance in front of the Benghazi Committee.

Her staff knows her physical and mental limitations but are nevertheless working full-tilt to get her elected. Sounds to me like a major power-behind-the-throne strategy to allow the subordinates to control their puppet and, through her, to rule (I said “rule” not “govern” on purpose) our United States. Hillary craves the public face and perks of power, while her handlers seek the real, substantive thing.

She likely has the same owners as the present occupant at 1600.

Her staff’s enabling behavior reminds me more of those who protect and enable an alcoholic. I just don’t understand why obviously more mentally competent people are propping her up. It’s increasingly clear after each debate that Hillary is an empty pantsuit.

I would have thought that the power behind the throne was Bill Clinton.

Team Clintons defense will be, “so, you hate old people?”

To put it in perspective there are 2 outcomes due to a blood clot in the brain, it either clears or the person has a stroke/aneurysm. Yes, there are permutations and degrees of each, but basically those are the 2 outcomes. In either case part of the brain is deprived of blood and oxygen.

When they came on TV and said that she had a “minor” blood clot in her brain, I am pretty sure I spit out whatever I was drinking at the time.

Also, isn’t it interesting that the people that will defend Hillary to the end are the same ones that said that Reagan should have resigned when his troubles during his last couple of years in office came to light?

I recently had a clot that ended up with my losing about 20% of my eyesight on the upper right. No TIA…a friggin stroke.

While it’s only been about 5 weeks, I do have my days where I’m easily confused.

Watching the news these days, it’s a damn good thing I don’t have the nuclear football at my fingertips

Best wishes on a speedy recovery, my friend.

Perhaps the tabloid headlines are correct. Hillary has brain cancer.

Brain diarrhea would be more accurate.

Well, it was obvious she was confused after they released an email from Huma where she was advising Hillary that there had been a drone strike in Pakistan, and Hillary blithely responded about how good the baskets looked in the front hall of her home.

In that one, she was obviously thinking she was responding to a different message.

That was there was no way of making a mistake and leaving or getting something incriminating on the government system where it would or could be archived.

If she used a state.

Considering all of the ‘enablers’ for Hillary and the current administration, why aren’t the enablers ever the object of intense scrutiny? Seems that if you weaken them, you have the most impact.

Look at the cover photo of her that People Magazine used in June 2015 of Hillary standing in front of a swimming pool. They used a shot from a slightly different angle inside the magazine. It was meant to show her as youthful and active. What caught me eye immediately was her posture. She isn’t so much leanong into the camera shot as she is leaning forward onto the back of a heavy looking metal poolside chair. Both hands are firmly grasping the top bar of the chair It is the posture you see in people trained to use walkers.

That e-mail was written in January, 2013, about six weeks after Hillary Clinton had suffered a concussion.

It took her six months, they later said, to get over it: