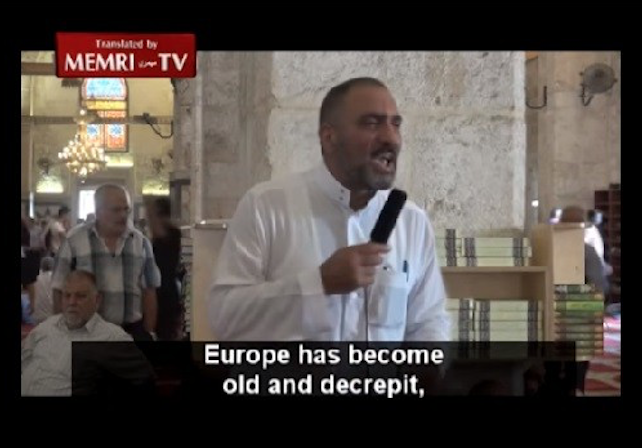 While European leaders and the mainstream media continue to defend open border policies, millions of migrants from the Middle East and North Africa have embarked on an unstoppable march towards Europe.

German Chancellor Angela Merkel has been the leading proponent of Europe’s policy of unrestricted migrant intake, and she is firmly backed by the EU’s powerful bureaucracy. Before the year ends, Germany alone is expected to take in as many as 1.5 million migrants.

Despite repeated calls by the Islamic State to target European countries on their own home soil, EU leaders continue to brush aside the growing fear of terrorism and Islamic radicalisation in Europe. Faced with opposition from a few Eastern European member states, the EU has decided to double down on its open border policy. Italy’s Interior Minister Angelino Alfano has joined the chorus, assuring Italians that there is no need to worry about Islamic terrorists posing as migrants; but the latest high-profile arrest in Italy of a known ISIS operative once again shows how out of touch European politicians really are with the grim realities of mass migration from predominantly Muslim countries.

Police in Sicily arrested Ben Nasr Mehdi, a convicted Tunisian terrorist who had entered Italy on a migrant boat. Ben Nasr Mehdi was first arrested in Italy 8 years ago for masterminding terror plots on behalf of an Islamic State-affiliated group. After completing a 7 year prison-term following his expulsion from the country, Ben Nasr Mehdi came back into Italy to pursue his Jihadist calling.

Fears that Islamic terror groups might be entering Europe on migrant boats appear to have been confirmed after police in Sicily identified a convicted terrorist among asylum seekers arriving from Libya.

The Tunisian, Ben Nasr Mehdi, was first arrested in Italy in November 2007 and sentenced to seven years for planning terror attacks for a group that has since been linked to Isis. After his release from the high-security Benevento prison in southern Italy, he was expelled from the country. (…)

Upon his arrest seven years ago, in Novellara, northern Italy, police said they had seized poisons, remote explosive detonators and manuals on guerrilla warfare. He was captured then along with 13 Algerians and Tunisians across Europe as part of an anti-terrorism operation led by Italian authorities. Medhi’s seven-year sentence, based largely on 25 wiretaps, was confirmed by the Reggio Emilia appeal court in 2011.

As early as May 2015, sources close to the Libyan government warned about the Islamic State using the Mediterranean Sea route to sneak fighters into Europe with the aid of human traffickers. In the same month, NATO warned that the Islamic State could be using mass migration as a Trojan Horse to expand its network into Europe. Terrorist groups like Hamas are already smuggling people into Europe as a revenue-generator.

Instead of acting to counter the security threat, German Chancellor Merkel suspended the Dublin Agreement in August 2015, which required mandatory identification and fingerprinting of asylum seekers upon their entry into Europe. This ultimately led to the unchecked influx of refugees, most of whom are trying to enter Germany through Balkan countries.

The irony of Europe’s misplaced generosity becomes even more apparent when one considers that Ben Nasr Mehdi used a false identity to gain asylum in Europe—to “escape political persecution” in his home country—before his fingerprints blew his cover.

The first thing to note is that this is a mastermind. That is the only kind of person who might be sent this way by a terrorist group.

This is really all about birth control. Too many European women refuse to have more than one baby resulting in the population declining by about 1/2 every generation. The muslims eventually are going to take over and no woman will have such options. Elections have consequences and socialists always bring giant genocidal disasters.

But “fighters” won’t be sent that way. Too great a chance of defection or detection. This could possibly change, but then they’d be catching a lot of them. The idea that any large number could be sent without a good percentage of them being identified is remote.

By that principle, nobody should ever be rescued from an ISIS prison. Six of the people rescued in the recent prison raid in Syria were members of ISIS – they were identifiued by the other prisoners.

The same thing would happen with ordinary members of ISIS sent with refugees, because they would be stupid not to give themselves away. And they would also give themselves way under the mild interrogation all refugees get. They have to be pretty stupid to belong.

This method is only good for masterminds – high level people.

I think you’re underestimating how willing Europe is to go along with these “refugees”. It won’t matter if ISIS is easy to identify. Europe’s leaders will refuse to do anything to them, and will willingly sacrifice their people on the altar of multiculturalism.

Europe’s leaders are happy to commit suicide, one village at a time…

It’s not suicide when they are sacrificing other people’s lives and have convinced them to sacrifice the lives of their children for money, pleasure, and leisure.

The French Revolution saw many early supporters later face the guillotine. Many leftists really are useful idiots until their utility is exhausted. Then, they are just dead idiots.

The human and civil rights groups were willing to sacrifice the refugees before and the natives now in their pursuit of [unqualified] progress.

European subjects need to take an American lesson from 1776. Too bad they already gave up most of their firearms. They really are done for.