My interviews with migrants flooding towns and villages. 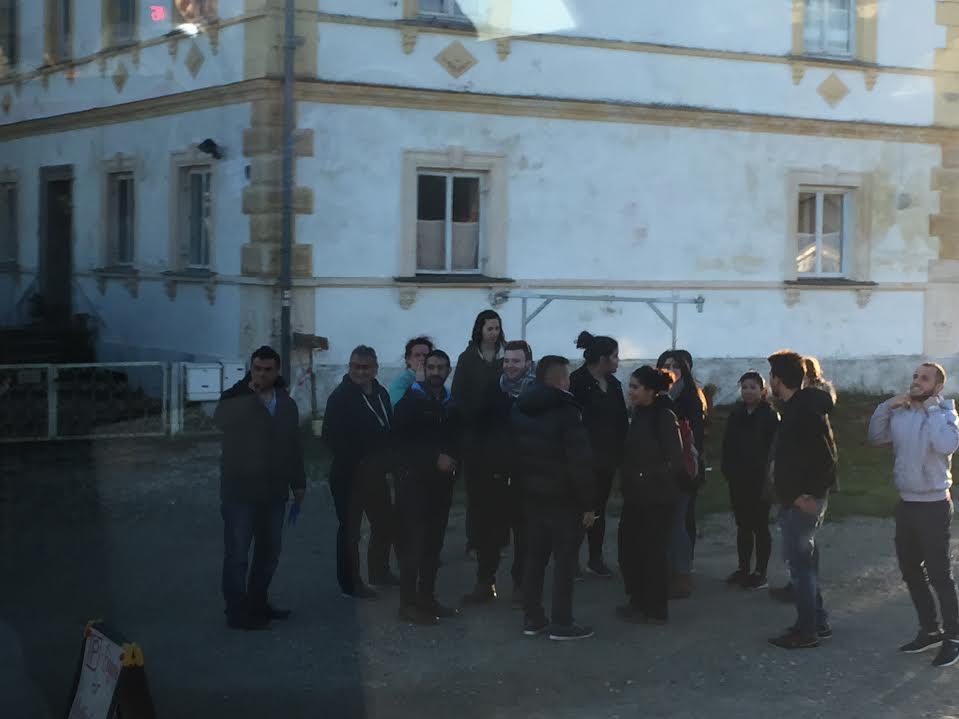 Struggling under a record 181,000 migrants arriving into Germany just in October, many are calling for a limit to the highest refugee flow into Europe since World War ll.

Traveling recently from Amsterdam through Germany and Austria, into Budapest, Hungary, I witnessed the mass migration in Germany in several towns. I spoke to residents, shopkeepers, tour guides, restaurateurs, and bar keepers about the immigrants in several towns I traveled.

In every discussion, they expressed concern, dismay, and fear at what will happen to their country with the inflow of Muslim migrants.

In some German towns, police recommend separating Christian and Muslim immigrants. Fights regularly break out involving hundreds of immigrants at a time in the housing facilities. There are reports in German newspapers that police are overwhelmed. Most expressed frustration and a disconnect with their politicians, who claim Germany can handle the immigrants.

The German people aren’t so sure about the flow of so many new foreign arrivals from such a different culture, and say their country lacks the ability to accommodate them. 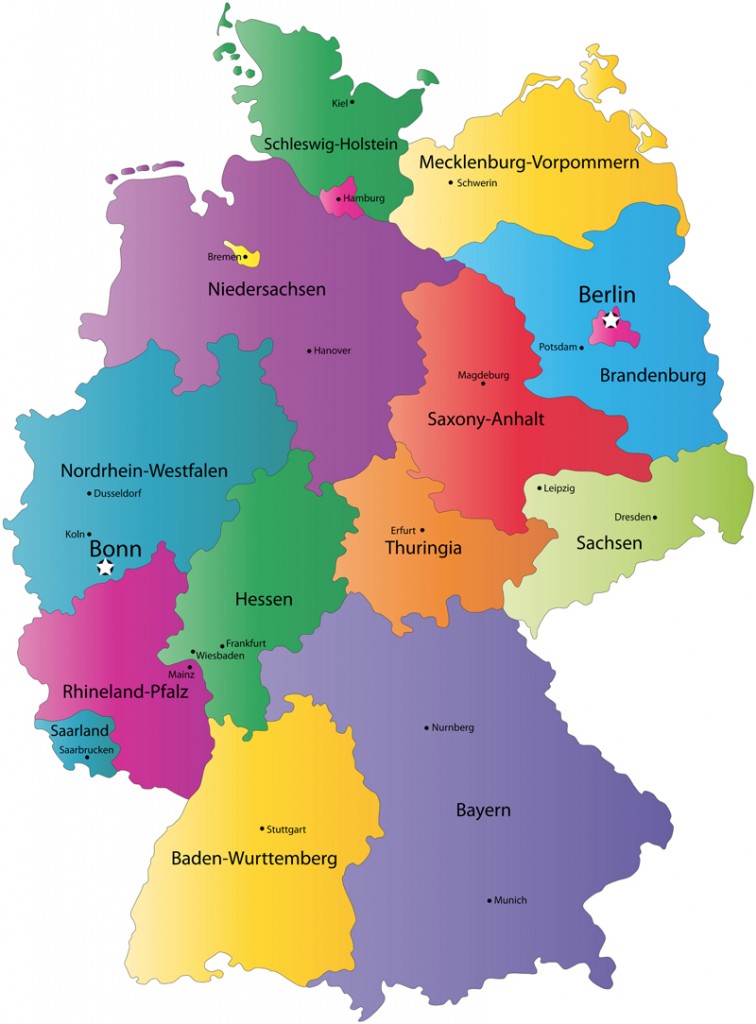 Map of Germany by Zeducorp

Where will they go?

The number of Syrians migrants arriving in European countries is only a small fraction of the nearly 4.2 million registered as of October 15, 2015, according to the United Nations Refugee Agency, UNHCR.

However, in September, a German Ministry official said about a third of refugees arriving in Germany who claim to be from Syria are actually not from that country. German officials said they implemented processes to differentiate asylum seekers, and announced those who are migrating simply in search of a better life will be sent back.

As many migrants arrived in Europe last month as all of last year.

Germany is expecting at least one million migrants this year – 200,000 more than previously estimated. Many Germans said they feel duped, and fear there will be more in the country eventually, than just the one million Syrians currently planned for.

In Bamberg, Germany, a Bavarian university town of 70,000 residents, Dzmitry, a Bulgarian immigrant, said German officials are so desperate to find housing for the Syrians, they are using old military barracks. Dzmitry said a former U.S. Army base in Bamberg is being used as a “reception and repatriation center” for migrants. 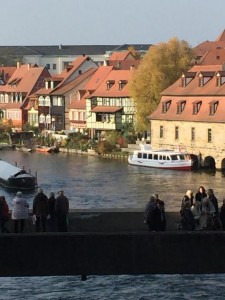 Chancellor Angela Merkel has repeatedly said migrants who stay can take integration courses to learn German with only 600 hours of lessons. “That’s ridiculous,” says Dzmitry, a graduate student at the University of Bamberg, and eight-year resident of the town. “It takes at least two years to learn the language.” He said no one is allowed to attend university in Germany without being fluent in German. “It’s going to be a big change for Bamberg,” Dzmitry said several times.

Ute, a German gift store owner in Wurtzvburg, said Berlin officials claim they are determined to flush out the people actually fleeing war versus “fake refugees.” But the general opinion of German residents I spoke with is most of the immigrants are not fleeing persecution and simply want a life subsidized by German taxpayers.

Ute said the high numbers of Syrians seeking sanctuary in Germany should be seen as immigrants, not as refugees, because they are seeking a “German life” instead of life in countries with less government assistance. She was critical that Germany opted to bring in the immigrants rather than establishing accessible refugee camps on the Syrian borders, as other some countries have supported.

The “Three-Rivers City,” Passau, Germany is a good-sized peninsula town of 50,000 residents, located between the Czech and Austrian borders, and surrounded by the Danube River, the Inn River, and the Ilz River.

Passau has been receiving 6,000 Syrian migrants daily, mostly coming in through Austria. I witnessed thousands of Syrians lined up on bridges between the two countries, awaiting bus rides to large beer garden tents in which they are fed and processed by German officials.

In each of the German towns I visited, the bulk of the immigrants were men – very few were women or children.

Passau residents have voiced serious concerns with this excessive flow. Garrit, a wine shop owner, said the huge numbers of migrants are causing anti-immigration grumbling, as well as anger and  waning support for Chancellor Merkel. He confirmed news reports of arson attacks two days earlier on migrants’ shelters and a hotel which was planned to be used to house migrants. 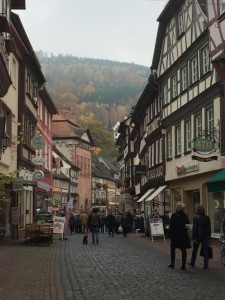 Liese, a saleswoman in a Miltenberg shoe store, spoke of the human traffickers, mostly from the Balkans, caught smuggling thousands of Syrians into Germany, and then leaving them to fend for themselves in the German forest. Miltenberg is a Bavarian town of only 9,400 residents. Liese said the town residents worry how their town could possibly absorb thousands of migrants as tourism makes up the bulk of their economy.

But the overwhelming concern in each of the German towns is the cultural effect this mass Syrian-Muslim migration will have on Germany, a mostly Catholic country. While secularism is slowly growing throughout Europe, most Germans identify as Catholic or Protestant. Yet 90 percent of Syrians are Muslim.

A Frenchman in Germany Isn’t Worried

German citizens are worried that their country will become another France with its growing underclass, made up of mostly Muslim immigrants, intolerant of the European way of life. Angrily and with sadness, many Germans said this mass Syrian Muslim migration could lead to the collapse of the European Union project.

“Germany is rich, and should open its doors to the immigrants,” said Bernard, a Frenchman who migrated to Germany, and now works as a tour guide. “What do you want us to do to them? Send them back? Shoot them?” he asked.

While no one is talking about shooting people, sending the migrants back is the issue dividing Europe.

In the mid 90s, I spent three weeks traveling alone around Germany with a Eurail pass, staying in their legendary youth hostels. I certainly wouldn’t try that these days ~

I lived in Munich for a while, and sometimes I went to evening concerts and then walked across town, alone, back to my lodgings. No doubt that would be highly inadvisable today.

Coming to a town near you soon! (in the US)

So better decide if you want to keep electing waffling masters of nuance or someone willing to make the hard decisions and stick to them.

They are already here:
http://linkis.com/www.fox8live.com/sto/LZEVT
Incidentally, I see more and more Muslims in the Bay Area. Before 9/11 a covered up woman was a rare sighting, now it’s pretty common. They can’t all be local converts.

First, reject libertinism, and discover fitness. Elective abortion is a rite held by the pro-choice cult leading to a Dodo Dynasty. Liberty is only suitable and possible for men and women capable of self-moderating, responsible behavior.

Second, hope that Russia, Iran, Syria et al are successful to remedy the humanitarian disaster fomented by the “best and brightest” and their lobbyists in the social complex, abortion and planning industry, anti-native communities, etc.

Russia’s claiming 1 million Syrians returned. I say BS, why would they?

This is such elitist crap. You can bet the “Syrian refugees” (can’t even say that without being annoyed) will not end up in the areas where the rich, the policy makers, and the gov’t officials live.

The general population does NOT want their country overrun by foreigners, especially those that often hold deep anti-Western beliefs, such as most of Islam. Western school children are taught the multi-culti songs, but the harsh violent reality is waking up adults.

Who are these elite that are so set on overwhelming their ownpeople, catering to invaders? Centuries developing a culture, and it is tossed aside by the cultural Marxists in Belgium.

I guess the number crunchers decided mass invasion would help stimulate the economy. They are wrong about that, and about the damage of these Islamic opportunists. The place to help the real refugees is as close to their homeland as possible. Mark out some territory in Syria or nearby and ship in resources for their own little democracy. But don’t destroy Europe/America.

Hopefully Europe wakes up America to these realities, though so far the financial problems with Greece and the PIIGS are ignored. But these images of the violence will communicate more strongly.

Shoot a few, they’ll send themselves back.

There’s another World War on the horizon. It’s all O’Boy’s, and the idjits that voted for this, fault.

If you don’t let them in you wont have to send them back.

It’s an invasion. They are not refugee’s.

In a just world, Merkel would have been summarily hanged. Some actions are so manifestly treasonous that they should be dealt with expeditiously.

I can’t believe Dear Leader is still in power, and alive.

I think I may have down-voted you. My apologies.

Imagine if these “refugees” were Jews. What would Europe’s response be?

This is one sure-fire way to kill tourism. I wouldn’t go there now for free. Glad I went a long time ago.

Obama is bringing in Syrians, giving them $1,000, An Apt. and signing them up to SS checks. The people should not let them in, like Russia, Japan. Remove any office holder that lets them in.

A million Syrian refugees, let alone an unknown number of others from the Mid-East intermingling with them, is a start towards the rest of Europe mimicking France, which has welcomed 150 million Islamists, 10% of its population. Vet them? No way. It take about one year per person for the U.S. to vet a law abiding American citizen for a relatively low-level security clearance. The root source of this now irreversible problem is not having confronted the brutality these people are running from. The U.S. itself has been the biggest refugee.