“He had a smile on his face, he was having fun” 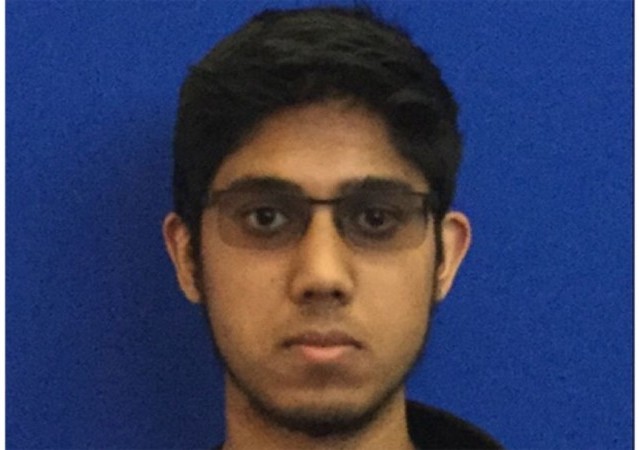 Wednesday, Faisal Mohammad embarked on a stabbing spree leaving four injured at the University of California UCMerced. Mohammad reportedly targeted members of a study group that kicked him out. A handwritten manifesto found in Mohammad’s backpack indicated his plans were more sinister than mere hospitalization, he vowed to “cut someone’s head off,” according to Fox News.

The manifesto listed the former group members, along with reminders to “praise Allah.” Law enforcement officers claim they have no reason to believe Mohammad’s actions are linked to any terrorist group, nor was he inspired by terrorists, reports Fox News. Officers working on the case also insist Mohammad’s actions were not religiously motivated, though he is deeply religious.

A handwritten manifesto carried by a California college student whose stabbing spree Wednesday left four wounded bore names of his targets, a vow “to cut someone’s head off” and as many as five reminders to “praise Allah,” law enforcement authorities told FoxNews.com, while insisting that neither terrorism nor religion appear to be motives in the attack.

In the two-page document found in Faisal Mohammad’s pocket by the county coroner, the 18-year-old freshman wrote a numeric list outlining his plans of who he wanted to kill, and how, including beheading and shooting his victims, Merced County Sheriff Vern Warnke told FoxNews.com

“No. 27 was to ‘make sure people are tied down,’ No. 28 was “sit down and praise Allah,’” Warnke said. “I remember seeing four or five times, scribbled on the side of the two-page manifesto, where he wrote something like ‘praise Allah.’”

Mohammad’s intended bloodbath began around 8 a.m.,when he burst into his classroom with an 8-inch hunting knife. Police said it would have continued – and possibly claimed lives – if he hadn’t been interrupted by a construction team, and then shot dead by police.

“There was a gruesome statement he made about wanting to cut someone’s head off and kill two people with one bullet, and he planned to shoot the police,” Warnke said. “He did not have a firearm with him and didn’t seem to have a lot of experience with firearms because he thought he could kill two people with one bullet. He reminded himself in the list to raise the gun slowly. He scripted everything out in chronological order.”

But all law enforcement involved in the investigation, including Warnke, continued to maintain that there is no evidence Mohammed is tied to a terrorist group or was inspired by terrorists.

“There was nothing to indicate he was doing this because of Allah, or because he was going to be rewarded with 72 virgins, or because of ties to a terror group,” Warnke said. “He appeared to be a devout Muslim, on the strong side of the belief.”

Hearing the commotion, a construction crew intervened. One construction worker was slashed, but returned to work Friday. The other three victims are expected to survive.

“He had a smile on his face, he was having fun, which is more the thing that bothers me,” said Byron Price, who was managing the construction site at the university for his family’s construction company.

Mohammed fled the classroom after he was overwhelmed by Price and another construction worker who was about to hit Mohammed with a ladder.

…Mohammad, a resident of Santa Clara, had just turned 18 in October, and was studying computer science and engineering major at the Northern California college.

Mohammad’s family has not come forward and attempts to locate them were unsuccessful.

The Religion of Freaks.

Because running around trying to butcher people while praising “Allah” is a normal, everyday reaction to getting kicked out of a study group. What is wrong with people – paranoid?

Read an article that Byron Price now wants to get his concealed carry permit.

A TV reporter from Merced County is about tyo blow this thing wide open. He says the sheriff is lying. Faisal Mohammed was on the FBI’s terror watch list and the FBI held meetings with Merced County law enforcement where they gave FM’s name as one of several ISIS supporters in the area. Furthermore, the police recovered an ISIS flag from Mohammad’s pocket. The story is over at Jihad Watch. The TV link is

Correction: it was a picture of an ISIS flag found in his pocket

Eric Allen Bell, the former dKoss contributor banned when he discovered the truth about Islam, also links the story. MSM will ignore it.

So, a teenager has an enumerated list of instructions on how to execute (!) a killing spree, including using a gun he didn’t have, and “Praise Allah” throughout. Yet the sheriff denies he is an islamic terorist.
“No. 27 was to ‘make sure people are tied down,’ No. 28 was “sit down and praise Allah,’”
It should take 5 minutes to find 5 islamic websites teaching that list.

Muslim suddenly goes all stabby. I can’t imagine where he got that idea…

Gosh, the main stream media didn’t tell me any of this. I can’t believe it, I’m shocked!

Kind of looks like the kid who built a clock.

Our traitor-president will likely invite this scumbag to the White House, too.