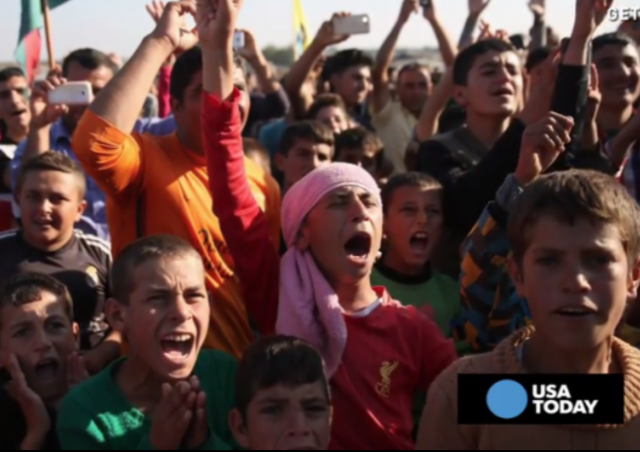 We recently reported that San Francisco’s “sanctuary sheriff” lost his re-election bid, defeated in large part because of the release of an illegal immigrant accused of killing Kate Steinle while she walking on the city waterfront with her father.

This defeat has helped fuel the launch of an initiative so that California voters can eliminate sanctuary cities in this state:

A California group has launched a ballot initiative to eliminate sanctuary cities, hoping to take power away from state and local lawmakers who have banned their police and sheriff’s deputies from cooperating with federal deportation authorities.

“This should be a warning sign to elected officials in other sanctuary cities that the majority are opposed to their refusing to cooperate with federal authorities,” said Ted Hilton, the man behind the new ballot initiative.

…Mr. Hilton’s ballot initiative would effectively overturn the Trust Act, requiring police to notify federal authorities every time they encounter an illegal immigrant. Federal agents could still refuse to deport them, but the state would have done its part.

State and local authorities would also be required to comply with federal agents’ requests to be notified when an immigrant wanted by ICE is to be released, and to honor “detainer” requests asking that immigrants be held for pickup.

Mr. Hilton said he crafted the initiative based on parts of an Arizona law already upheld by the Supreme Court and on legislation pending in the U.S. House and Senate, so he said it’s a solid proposal.

The group will have 5 months to collect the 360,000 signatures needed. In light of concerns related to Syrian refugees, I predict success.

Despite the fact that that 30 US governors have asked for a halt to the acceptance of refugees, Governor Jerry Brown is going full steam ahead on the program.

…. Brown said in a statement that the United States should continue to be a haven to the oppressed. But he also stressed the need for vigilance.

“I intend to work closely with the President so that he can both uphold America’s traditional role as a place of asylum, but also ensure that anyone seeking refuge in America is fully vetted in a sophisticated and utterly reliable way,” Brown said in response to a query from the Bee. “You can be sure that we will do everything in our power to protect the people of our state.”

However, there are serious questions about the practicalities of due diligence in the process of reviewing the background of the incoming Syrians. In fact, Sacramento County Sheriff Scott Jones said he could not properly vet the 25 refugees coming into his area in a recent press conference. Jones, who is running for Congress as a Republican, added, “I don’t even know who they are.”

Is it any wonder why a poll of Californians reveals that they want a halt to the refugee program, too?

A report from the Transportation Security Administration reveals that a team of investigators managed to sneak weapons and fake bombs past airport screeners in 95% of their attempts. If our bureaucrats can’t screen luggage, how can we trust them to screen people?

Californians have relied to the proposition system to save themselves from the politicians they have elected. It looks like we will have the opportunity to do so again, in their quest to bring some sense to the immigration policies implemented in Sacramento.

Vicki Hennessy, who defeated the “Sanctuary Sheriff”, is also an avid supporter of the policy.

The last time California reached a consensus, their vote was overruled by a transgender/homosexual judge.

Do you think that California should ignore the social justice-fostered humanitarian disaster and leave millions of Syrians and a wasteland behind?

If the initiative is defeated, it will be seen as a crashing blow to the opponents of unrestricted immigration. If it passes, the ruling class will ignore it.

Had an acquaintance tell me that Washington State was too Blue for their Governor to be in any political danger from his support of Obama’s Syrian invasion of the US.

Here we have a poll from much deeper Blue California showing 62-14, with 25% undecided, opposed to Obama’s position.

I think D’s should run on this. It would cost them any seats at all.

LOL – even Obamacare rarely dipped below 35% in polling, and they lost what, 900+ state legislative seats due to that.

This Syrian invasion polls even worse for them than gun control.