‘Black Widows’ of Chechnya – model for the next attack wave in Europe?

‘Black Widows’ of Chechnya – model for the next attack wave in Europe?

as Obama mocks fear of “widows and orphans” 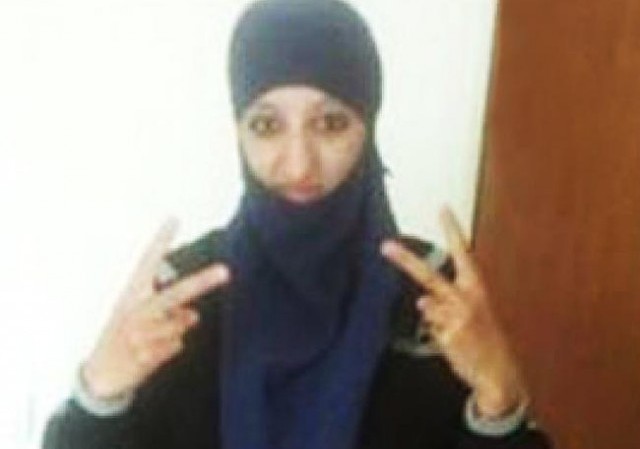 Obama’s taunt that Republicans “are scared of widows and orphans” takes on an ironic twist in light of the fact that one of the dead in Wednesday morning’s Paris raid was a female suicide bomber, Hasna Aitboulahcen [Featured Image].

We also know that, in some of the earliest conflicts in which a significant number of female suicide bombers and other terrorists were involved (Chechnya), many of these women terrorists were in fact widows. That status inspired the group’s Russian name, which means “Black Widows“:

Shahidka,…sometimes called “Black Widow” or Chyornaya Vdova in Russian, is a term for Islamist Chechen female suicide bombers, willing to be a manifestation of violent jihad. They became known at the Moscow theater hostage crisis of October 2002…

The term of “Black Widows” probably originates from the fact that many of these women are widows of men killed by the Russian forces in Chechnya. (The toxic connotation of black widow spider is intended.) In 2003, the Russian journalist Julia Jusik coined the phrase “Brides of Allah” (Невесты Аллаха) when she described the process by which Chechen women were recruited by Basayev and his associates; the phrase was also used again after the Beslan attack…

While there has been considerable speculation as to what drives these Chechen bombers, the initial answers seem to point to revenge, hatred of the Russian occupiers, and a desire to carry the war to those whom they believe to be responsible for killing their husbands, children, or other loved ones. In this sense the Black Widows, many of whom are actual grieving widows, are victims who are transformed into victimizers.

Increasingly, however, Black Widows appear to be driven by a desire to become martyrs to the faith. There have been cases of terrorists indoctrinating young women (the bombers have ranged in age from sixteen to thirty-seven) into the cult of martyrdom…

Regardless of their actual target, the Black Widows have shown themselves to be remorseless killers in recent years and have killed hundreds of civilians in their suicide attacks.

Not only were female suicide bombers not rare in Chechnya, they represented a significant number of terrorists:

Female suicide bombers were central to the North Caucasus insurgency during the early 2000s. Between 2000 and 2005, all but five of the 27 Chechen-linked suicide bombings in Russia included women.

Also, among the Tamil Tigers, 30% to 40% of its suicide bombers were female.

No, Syrians and other Middle Easterners are neither Chechans nor Tamils. And the percentage of female terrorists overall is small. But they exist and they cause very significant damage, particularly since they are somewhat unexpected. In summary, there is nothing that precludes a woman from being a terrorist, particularly a suicide bomber, and widows may actually be more likely than other females to number in their ranks, not less.

An interesting side note is that the phenomenon of the female suicide bomber seems to have first appeared in Syria, of all places:

Kamikaze pilots were invariably male and so were the first suicide-bombers. Female suicide-bombers only began making an appearance about 20 years ago. Initially they were secular terrorists, and it wasn’t until about five years ago that the jihadis began sacrificing Muslim ladies as suicide-bombers.

Female suicide-bombers first began appearing (as far as I can recall) around the mid-1980s when members of the Syrian Socialist Nationalist Party carried out suicide car bomb attacks against the Israeli military and the pro-Israeli South Lebanon Army. The SSNP was a communist party so, though its members were Muslim, they were hardly jihadi.

So we’ve established that there’s no reason to imagine that widows couldn’t also be terrorists Obviously, the vast majority of them are not. But not so obviously, there is a great deal of evidence that some might possibly be, and that we certainly cannot automatically assume that because a person is a widow she cannot also be a terrorist.

Back to the female suicide bomber in France.

If this report of how she died is true, it is instructive in the symbolic sense:

Abdelhamid Abaaoud, 27, and his 26-year-old French-born cousin Hasna Aitboulahcen are believed to be the two terrorists who died in a gun and grenade battle which saw 5,000 rounds of ammunition fired by police.

The blonde-haired woman, said to be Aitboulahcen, became Europe’s first female suicide bomber when she detonated her explosive vest moments after telling police ‘Help me, help me’.

Let’s just hope that those who vet the refugees are more conversant with these facts than our president appears to be.

[NOTE: As for children, please see this previous post.]