WHO cooks up controversy by linking bacon to cancer

WHO cooks up controversy by linking bacon to cancer

International ratings are recipe for new requirements in California. 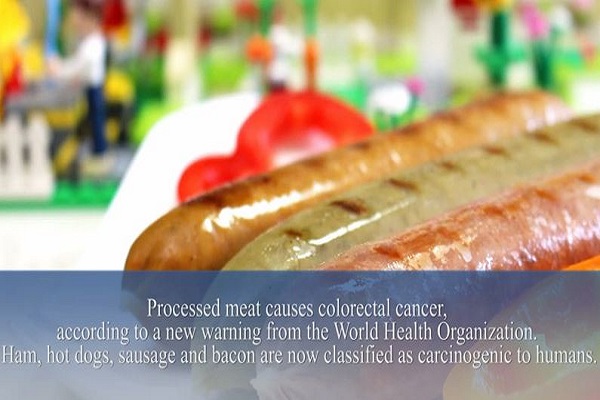 The World Health Organization (WHO) is feeling some heat after publishing a report indicating processed meats, such as bacon, should be classified as carcinogens.

Instead of accepting this dread data as “truth”, when asked if they were going to give up meat based on the news, Chicago Tribune readers quickly mocked the scare-mongering.

No, and you should do better reporting on science instead of asking people how they react to your terrible reporting https://t.co/3sRleIliYN

Furthermore, over 70% of respondents to the Chicago Tribune poll had no plans to cut tasty pork products from their diets.

WHO quickly served up an explanation for the new cancer rating:

The World Health Organisation (WHO) has insisted it is not telling people to stop eating bacon and other processed meats after a report claimed they could increase the risk of cancer.

Farmers and the meat industry reacted with outrage when the organisation’s International Agency for Research on Cancer (IARC) put ham and sausages in the ominous-sounding “group one” of carcinogens, which includes formaldehyde, gamma radiation and cigarettes.

But the WHO has sought to ease panic by emphasising that the findings only confirmed recommendations made back in 2002, which advised people to moderate their consumption to reduce the risk of cancer.

“The latest IARC review does not ask people to stop eating processed meats but indicates that reducing consumption of these products can reduce the risk of colorectal cancer,” a spokesperson said, noting that the organisation had received “a number of queries, expressions of concern and requests for clarification”.

Since WHO released this report, vegan activists have been cooking up a scheme to gain even more control over school lunch menus. However, rational scientists have been attempting to extinguish those efforts. National Center for Public Policy’s research risk analysis director Jeff Stier has the following assessment of the real cancer risk of eating 4-6 pieces of bacon daily.

Stier points out that other studies challenge the WHO’s conclusions, but more importantly, even if your chance of getting colorectal cancer did increase by 18 percent your chances of getting in the first place are minimal at best.

According to the National Cancer Institute, there were just 42.4 new cases per 100,000 people. “Without this context, it is easy to pay attention to the ’18 percent’ number without understanding context. It’s like saying that living near a NASA facility triples your chances of getting hit by an errant spaceship. It may be true, but it doesn’t mean much,” said Stier.

I often teach risk assessment principles. One of the best lectures on the subject of carcinogens and risk was given by Bruce Ames. During this discussion, he demonstrated that most plants we consume contain pesticides and carcinogens naturally, and that our bodies are designed to quickly remove and replace damaged cells. He also questioned the reliance on rat and mice data for cancer classifications.

It is worth watching if you want a better understanding of real cancer risks.

After this talk you will never look at mushrooms and herbal tea the same way again!

UMass Medical School colorectal surgeon Kamir Alavi, MD explains that there is no direct causal link between processed meat and cancer and that more evidence is needed.

The new cancer classification by the international agency has significant consequences in California. In my state, any product containing a known carcinogen has to be labeled under “Proposition 65” requirements.

California bureaucrats are seriously considering the addition of red meat to the cancer list, and the meat industry is fighting back.

The meat industry, which disputes the findings of the cancer study, says courts have been clear that Proposition 65 conflicts with federal policy on meat labeling at stores.

California officials say it’s not clear how courts would approach warnings on processed meats. Legal precedent cited by the beef industry, including an 2009 state appellate ruling, dealt with fresh meats, not processed products.

Californians are not even allowed to have their breakfast without being regulated.  In fact, Proposition 65 rules are being applied to coffee as well.

Starbucks and other big name coffee chains are being sued in California in a bid to get them to label their coffee products as containing a carcinogen. A non-profit is claiming that because of the levels of acrylamide in these chains’ coffee consumers need to be warned.

The California-based Council for Education and Research on Toxics (CERT) is suing Starbucks and other companies like Dunkin’ Donuts, Seattle’s Best Coffee and Whole Foods Market under California’s proposition 65 rule, which requires warning labels to be placed on products that contain chemicals linked to cancer.

…Stanley Omaye, a professor of nutrition and toxicology at the University of Nevada, US, says the coffee companies have the stronger case. ‘Based on the animal studies, you would have to drink probably over 100 cups of coffee a day in order to get to that dangerous dose, so it is totally absurd,’ he tells Chemistry World.

Starbucks recently won a delay in this ridiculous trial.

Based on these developments, perhaps I can interest the evil Koch brothers in funding my upcoming study that will completely prove taxes cause cancer? It would certainly based on more rational science than is evidenced on rating bacon and coffee as cancer-causing agents.

Eat, drink and be merry, for one of these tomorrows you WILL die!

Nobody gets out of here alive. But some of us live well while we’re here! It is, after all, the very BEST revenge…

For the record, I have no intention of dying. Ever. I’ve made ‘arrangements’.

I hope you didn’t pay money for these “arrangements”, Henry.

Because if you did, you got ripped off.

I paid, but not in money.

Eat, drink and be merry, then go back to sleep.

During this discussion, he demonstrated that most plants we consume contain pesticides and carcinogens naturally, and that our bodies are designed to quickly remove and replace damaged cells.

Bingo. What we should focus on, then, is providing our body with the nutrients it needs to accomplish this, and avoid things that impede it. For example, having a daily dose of probiotics, e.g., whole milk yogurt, will help keep the gut clean and working properly.

These kinds of reports should be ignored. We get lied to at every step, e.g., for 40+ years, the gov’t and AMA told us to avoid saturated fats, but are finally admitting the error. Butter is exonerated. It was all a lie. And if you followed the lie, you deprived yourself of good nutrition.

The news reports I read say nothing at all about high-carbohydrate diets, which are definitely linked to heart disease, diabetes, and the current obesity epidemic in the US.

Like other agencies in the UN, WHO is relying on exaggerated headlines over outdated science to advance a political agenda.

Dietary changes can can have as much positive effect on your bloodwork as a good drug, but those changes are not what either the US government or WHO continue to support.

Add in enough exercise to get your heart pumping, and some work for your muscles and coddling your fascia, and life can stay good for a very long time.

I’m not giving up bacon. Ever.

The great thing about cancer causing common foods is that if you’ll just wait six months they no longer cause cancer (according to other experts with different hidden agenda). I think eggs have been on and off the bad list twenty times since the 1970s. Eggs don’t change, but hidden agenda do.

Coffee, wine and alcohol in general, too.

All this is transcendently stupid. We are omnivores, and are designed to eat stuff.

We are ALSO designed to live in a world of radiation, pathogens, and general risks. We are DESIGNED to survive and thrive.

Accept it…!!! THAT…all by itself…will make you live longer, and MUCH happier!

It has been shown that living with a lot of cats or a single caged bird will drive you insane, however.

I’d rather ban the WHO instead. I’m not giving up my bacon and especially not on that organization’s say so. All these one world organizations can take a long walk off a short pier. With all the real problems there are in the world, WHO is focused on the wrong things.

I guess folks have forgotten why Sodium Nitrite is added to meat in the first place. It’s to prevent Botulism. In fact, the very name “Botulism” comes from the Latin “botulus,” meaning sausage.

The very best bacon can be easily cured and smoked at home. My last batch was smoked with a mix of hickory and apple wood and it is outstanding. I think I’ll go fry some right now!

Richardson Farms is a family operation in Rockdale and they have a booth at several of the farmer’s markets in Austin. They raise the pigs in pastures, grass-fed and all that good stuff. I think they’re starting to hit one or two of the markets in Houston too. Isn’t that where you are? Central Market’s butcher shop also has good bellies.

It seems to me that if there are 42.4 new cases per 100,000 people, these Hundred thousand people were already eating these foods without this “special knowledge” of the “dangers”. So people could possibly reduce their chances by another 18% – but to continue eating them as they have been would not change anything.

“According to the National Cancer Institute, there were just 42.4 new cases per 100,000 people. “Without this context, it is easy to pay attention to the ’18 percent’ number without understanding context.”

Somehow I knew Prof. Jacobson wouldn’t be posting about the bacon to cancer link.

I hope he and everyone else takes that in good natured humor in which it is intended.

From my cold, dead hands.

I have no real proof, but y’all know that I’m almost as honest as that old woman running for president. Scientists have linked unprotected sex with global warming. I can’t explain it but the coefficient of friction is in the somewhere.

The left wants to outlaw pork because they want to control you (with a significant underlying strain of militant veganism) and the Muslims want to do that because where Sharia and Western values conflict Sharia must prevail. Guess who runs the UN?

Sounds like WHO is pandering to a certain religion that hopes a cancer scare will give them the opportunity to crow about how great their god is for warning against bacon and make infidels eat less of the meat.

Don’t be surprised if the Obama administration reverses the reversal of ban on pork products in US prisons based on this report. The “prisoners don’t like pork” excuse didn’t work, but this one might.