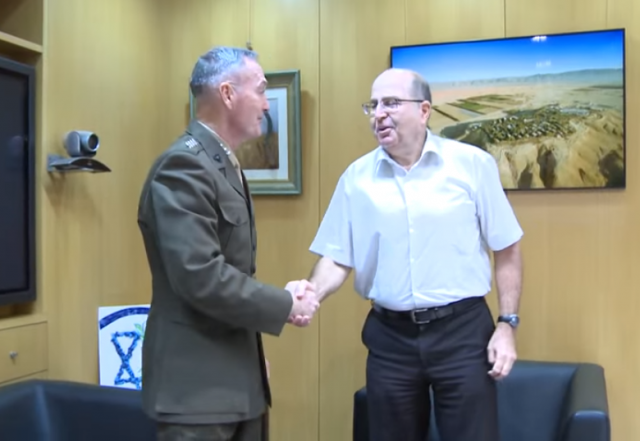 For years we’ve been reporting how President Obama has been trying to insert as much daylight as possible between the United States and Israel.

But the reality is that the American-Israeli “special relationship” will weather the storm of this “needlessly combative” administration.

Israel is wildly popular among the American public. Americans recognize the shared values and common interests that bind the two countries together.

A congressional majority understands the threats Israel faces from the region’s oppressive dictatorships which routinely call for Israel’s destruction, and from political and religious leaders who incite their people to murder Jews.

A bill to ‘fix’ the disastrous Iran deal and shore up Israel’s security is now being considered even by those who supported the agreement. And according to media reports, momentum is building for a new congressional resolution that will condition U.S. tax-payer aid to the Palestinian Authority on its recognition of Israel’s right to exist and its efforts to curb incitement to violence.

America’s defense establishment also recognizes that Israel is obligated to defend its citizens, and appreciates its efforts to minimize the harm to civilians in combat zones.

Gen. Dunford took on the job on October 1. Last night he landed in Israel and was welcomed with an honor guard at the IDF headquarters in Tel Aviv.

During the long-planned visit, Gen. Dunford will meet with his Israeli counterparts in order to “reaffirm America’s commitment to Israel and the strong ties between our militaries and our two countries,” according to Navy Capt. Greg Hicks, the chairman’s special assistant for public affairs.

In his excellent book, The Future of the Jews: How Global Forces are Impacting the Jewish People, Israel, and Its Relationship with the United States (2012), former U.S. Ambassador to the European Union Stuart E. Eizenstat, who has held senior US government positions in three presidential administrations, describes the concrete security benefits that Israel provides to the United States:

“During the Cold War, Israel was the most reliable ally in a region where many of the Arab states were aligned with the Soviet Union, and it helped retard the spread of Soviet power…During the first Gulf War, with Scud missiles landing from Iraq, Israel refrained from retaliating at the request of President George H. W. Bush in order to avoid splintering America’s Arab alliance against Saddam Hussein. Israel continues to share real-time intelligence on terrorism aimed at the U.S. and the West and not just terrorism directed at Israel. General George F. Keegan, the former head of U.S. Air Force intelligence, said he could not have obtained the same intelligence he received from Israel even from ‘five CIAs.’…Israeli arms purchases from Boeing and General Dynamics support U.S. jobs—some estimate as many as 50,000—since the great majority of Israel’s U.S. military aid must be spent in America…Israel also shares cutting-edge defense technology, such as Israeli-made armor and medical battlefield expertise that has saved the lives of American soldiers in Iraq and Afghanistan…Israel developed and provides unmanned aerial drones to the U.S. Customs and Border Protection on the Mexican border…and to track down terrorists in Afghanistan and special armored vehicles that help protect American troops from roadside bombs…”

So, the American-Israeli relationship is today rock solid, despite Obama.

Miriam F. Elman is an associate professor of political science in the Maxwell School of Citizenship & Public Affairs at Syracuse University.

Love your essay, Miriam. First time in complete agreement with you.

You wrote this: “Israel is wildly popular among the American public. Americans recognize the shared values and common interests that bind the two countries together.” Yes, indeed, we do. Banty, tough little Israel is a great and well beloved favorite.

The American people love and support Israel. As does the American military. However, the American government does not respond to the people, hates Israel, and wants it destroyed and her people killed.

When the moment of decision comes, the key questions are:

1) What orders will the American government give the military?

2) Will the American military obey those orders?

At that point, there will not be time to debate the matter or try to convince the government to change its mind. It will be a matter of what is done at that given moment.

Israel can hope for American help, but it must be ready to protect itself from all enemies, including the US.

It is shameful that I have to write that, but it is what it is.

Subotai: Thank you for your comments. They made me recall the episode this past August during the Gaza War when the White House held up a shipment of Hellfire missiles.

At the time the administration informed Israel that weapons shipments would have to go through additional review, requiring WH approval for even the most routine arms transfer requests.

So basically in a fit of pique, Obama stopped the flow of arms; military assistance taken for granted, was being subject to review.

I’ve been told by ‘people in the know’ that the lesson Israel took from this episode is that the U.S. can’t be assumed to be a reliable arms supplier. Of course, it is much cheaper for Israel to purchase weapons from a large supplier like the U.S., so this has significant budgetary consequences.

Juba Doobai! Thank you. Stay tuned for another post that should go live this evening, covers the late 1940s–Americans supported the fledgling Jewish state then too, meanwhile the U.S. government enforced an international embargo and threatened to fine, imprison, and even strip the citizenship away from any American who tried to assist the Jewish fighting forces in Palestine. Unbelievably, a group of former U.S. WWII vets had the courage of their convictions to defy the law and went to help. Gave Israel a fighting chance. Amazing story, and few know about it.

Looking forward to it, Miriam. That’s of a piece with US bombers ignoring the pleas to bomb trains going to the concentration camps. Bombers flew of the camps on the way to drop tonnage on Berlin and other places. The one upside from that is the camps victims were still there for the allies to see and record the great atrocity that had been achieved by Germany. Had Eisenhower not demanded video and cameras record the horrors of the camps as found, the number of Holocaust deniers would be far far greater.

Eisenhower had particularly wanted the concentration camps and the conditions of their survivors to be well, thoroughly, and abundantly documented because he KNEW that there would be people denying what happed – particularly after that generation began dying off.