Not what you are used to hearing. 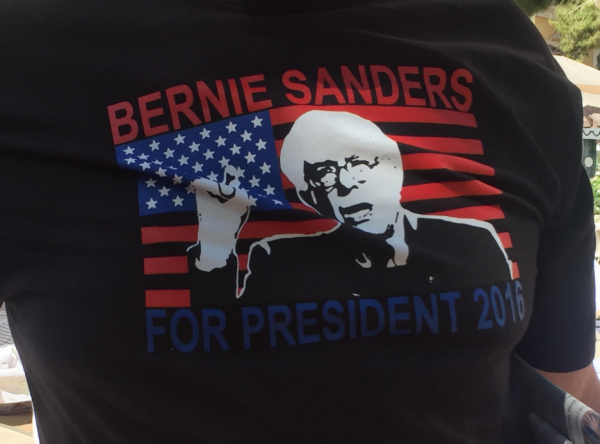 The meme we’ve been hearing for years is that radical right-wing “hard liners” are hijacking the Republican party and forcing it to the right; however, an interesting new study argues that Democrats are moving more quickly to the left than Republicans are moving to the right.  It also indicates that the Democrats’ move leftward has had the unintended consequence of moving state legislatures to the right.

American Interest provides a helpful summary of the authors’ argument:

The study’s overall argument is that income inequality has increased political polarization at the state level since the 1990s. But the authors find that that this happens more by moving state Democratic parties to the left than by moving state Republican parties to the right. As the Democratic Party lost power at the state level over the past 15 years, it also effectively shed its moderate wing. Centrist Democrats have increasingly lost seats to Republicans, “resulting in a more liberal Democratic party” overall. The authors find that the ideological median of Republican legislators has shifted much less.

As the more liberal Democrat party loses its moderate-held state seats to Republicans, the political polarization that the authors claim both causes and is the cause of income equality results in more Republican state legislatures that will not pursue the redistribution that the authors seem to assume is the only way to address income inequality.  They write:

The underlying assumption that the only way to address income inequality is through redistribution (and other progressive notions such as “increasing the minimum wage, strengthening union bargaining power, or increasing redistribution through welfare”) seems to be at the root of the current political polarization.

This polarization, then, runs deeper and is more complicated than simply unhinged, fringe factions taking over both parties.  Both Democrat presidential candidate Jim Webb and Democrat Senator Joe Manchin have noted that the Democrat party has moved “too far left,” and while many conservatives feel that the Republican party has moved too far left, as well, both Democrats and Republican establishment claim the GOP has moved—is being pulled kicking and screaming—too far to the right.

CU Bolder released an interesting study about the perceived polarization among voters (as opposed to among politicians in one or both major parties) in which they conclude that American voters are not as polarized as they are led to believe by the two polarized political parties.  Watch:

According to an NBC poll, independents will soon outnumber Republicans and Democrats combined.  Voters are leaving both parties in droves . . . or feel that both parties have left them.  While there is clear political polarization between the two major political parties, perhaps the greater divide is between the parties and the people.

The headline does not accurately reflect the paper’s results.

McCarty’s paper actually shows that as income inequality (as measured by the Gini coefficient) increases in states, the voting patterns of Democrat legislators becomes more leftist even while the legislature overall moves to the right because Republicans replace Democrats.
In some cases, this is because moderate Democrats are replaced, leaving the only the more extreme members. This would move the average position to the left without actually changing the voting patterns.

Actually, the paper claims inequality CAUSES these changes, which is, well, debatable. I happen to come from a statistical school that says causal relationships cannot be easily determined from purely observational studies like this one.

Also note that this paper is an opposite result from their book, from just last year, where they were happy ot blame everything on the right-moving Republicans.

I think a more accurate headline would be:

Or at least our elected representitives.

Another factor is population density as it relates to gerrymandering.

Both parties gerrymander legislative district boundaries. But Democrat voters tend to flock together in dense urban areas, which makes their gerrymandered seats far more Democrat in makeup than most gerrymandered Republican seats are Republican. Many urban Democrat Congressman win the general election with over 70 percent of the vote. Few Republicans win by such big of margins even in most safe districts.

Most Republican districts are less homogeneous. Indeed, many geographically large Republican districts may have one or more sizable liberal enclaves within their boundaries, perhaps a college town, sometimes an Indian reservation or maybe a manufacturing town with lingering union fueled grievances. Democrat districts seldom have organized conservative enclaves. General election challenges to many Republican Congressman tend to be mounted by residents of these liberal enclaves, especially local office holders. Since these may be seasoned pols the challenges have to be taken seriously. Indeed over the years there have been many incumbent Republicans who lost to a well funded, slick liar who posed as a moderate Democrat.

Lacking a plausible general election challenge, Democrats incumbents tend to be more fearful of a well funded primary challenge from their left.

Thus Republican incumbents tend to stay more to the middle ground to avoid stoking general election opposition while Democrats feel they must placate the monied ranks of leftist activists who constantly threaten to primary them.

The leadership of the Republican party has its collective head up its rear-end, and lives in the past, much as Hillary Clinton does.

Until the hacks hogging the leadership positions of the GOP are unceremoniously and very publicly booted out, we cannot expect a generation of spoiled ignoramuses – people who blindly follow anything that moves — to follow a bunch of corrupt, talentless Boehners barely crawling on their bellies, dragging bags of cash, hoping no one will notice.

Love or hate Trump, he has shown what it takes to win. Amazingly, it doesn’t take much. Equally amazingly, is how pathetic is how the leadership of the GOP has no ability to learn. Or they’re just simply hopelessly gutless.

Trump has yet to win anything except some polls, many of which have dodgy methodologies.

The most recent poll I looked at had 35% of the total number of adults -not registered voters- voting in Republican primaries. 20% turnout among registered voters is considered excellent for a primary.

You’re missing the 800 lbs gorilla in the room. The Voting Rights Act has made gerrymandering a mandate and certain racial groups are mandated the creation of safe seats.

Now this cuts two ways. First the Dems are given a reliable seat. Second, it ensures that those same seats are won by the guy hardest to the left making them unpalatable to the general population.

It makes the Left further left and leaves them a really shallow bench at the highest level. When you have actual black panthers and terrorists on the ballot you’re in trouble.

Look at who they’ve elected twice to president. He is deeply involved with an actual terrorist. He was once a socialist. He’s lucky he’s black he’d never be elected otherwise.

So which came first?

Pew released a massive study last year about polarization. I like the first animated GIF in Section 1 on “Growing Ideological Consistency” because it clearly shows that the media narrative about the GOP moving hard right is a lie. Yes, the GOP has moved right, but not nearly as fast or as far as the Democrats have moved left in that 20 year period (which I repeat over and over again coincided with Bernie Saunders founding the Progressive Caucus in 1991 with five like minded far left loons and growing it to 80ish members currently).

Click the button labeled “animate data from 1994-2014” and you will see that the “average” Democrat voter moves much further left during that period than the “average” Republican voter shifted to the right.

Another interesting thing to note is that when the GOP held all three houses during GWB’s first term, the GOP moved hard left.