You TOO can join Hillary’s online army! 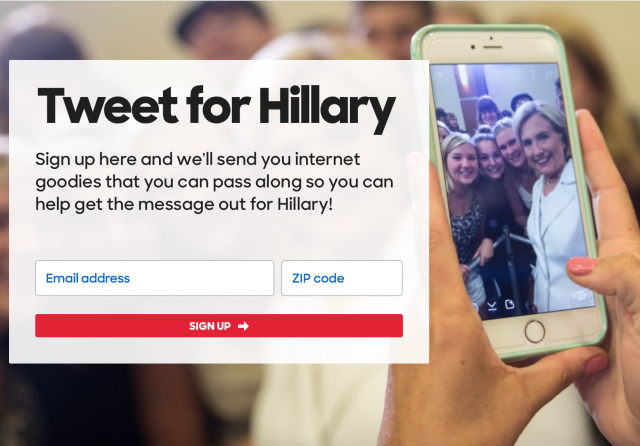 The process is pretty simple. The first step to joining the grassroots gang, entering your email address and zip code: 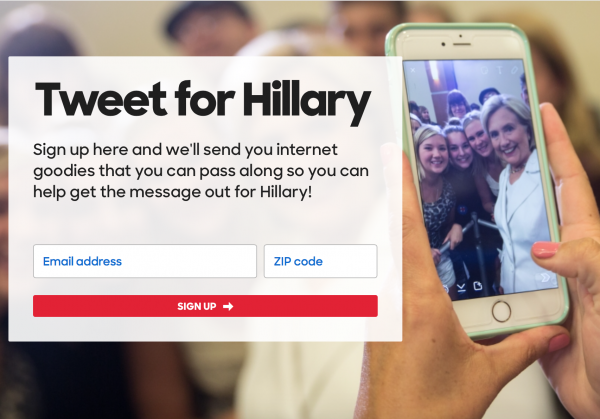 Almost instantly, you’ll receive an email promising you all kinds of “goodies.” We’re not entirely sure what “goodies” we might get and we’re afraid to ask. 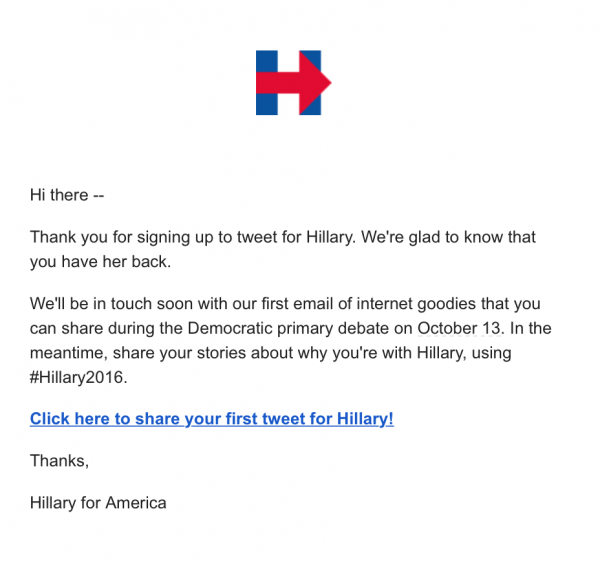 I just became a grassroots tweeter for @HillaryClinton. Join us! http://t.co/0KKuttHob6

Her grassroots army will be about as authentic as the candidate they support.

But really, what could possibly go wrong?

The jokes write themselves, as do the hashtags.

Almost instantly, you’ll receive an email promising you all kinds of “goodies.” We’re not entirely sure what “goodies” we might get and we’re afraid to ask.

Certainly won’t be the kind of ‘goodies’ the donors to the Clinton Foundation receive. But perhaps your email and zip code, along with the credit card information she’ll be asking you for in your near-future donations, will be kept on file at her secure server…

I’m pretty sure you need to visit her gingerbread house to get the goodies, “Nibble, nibble like a mouse, who’s that nibbling like a mouse?”

“Boehner is that you?”

“Sign up here and we’ll send you internet goodies that you can pass along so you can help get the message out for Hillary!”
Better update your anti-malware programs. It just might try to set up a botnet.

Kemberlee — we look forward to your sharing of the goodies. This should be great fun. And you are bold to go into the lion’s den and risk the wrath of She-Who-Must-Be-Obeyed.

Nah. I shall only join #defeatHillary