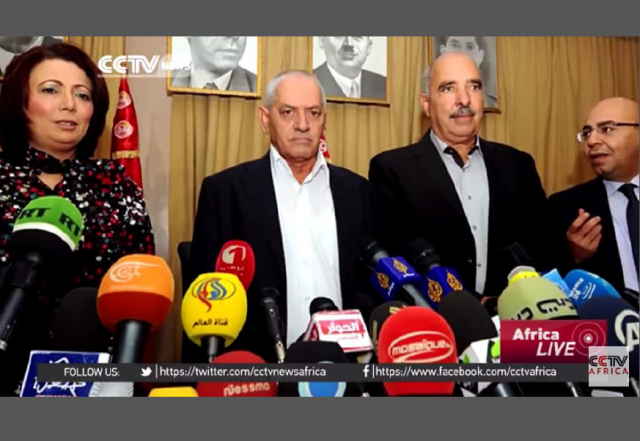 The winner of the 2015 Nobel Peace Prize has been announced, and if you haven’t heard of the recipient you’re not alone. The winner is the Tunisian National Dialogue Quartet, a consortium of groups which has worked to improve life in Tunisia following political unrest.

Christopher B. Nelson of Forbes explains:

It was announced on Friday that the Nobel Peace Prize would go to the Tunisian National Dialogue Quartet “for its decisive contribution to the building of a pluralistic democracy in Tunisia in the wake of the Jasmine Revolution of 2011.” The world’s first immediate reaction seemed to be, “Who?”

Unexpected, perhaps, but absolutely brilliant. At a time when the world has watched helplessly as Syria has plunged into brutal chaos, this year’s Nobel Peace Prize directs our attention to a group of people who have contended with — and largely triumphed over — very similar troubles.

In the video below, Kaci Kullmann Five of the Nobel Committee makes the announcement:

One Tunisian has some reservations about the award.

Myriam Amri writes at The Independent:

The award comes at a time when Tunisia’s democracy is still in crisis following the deadly terrorist attacks of July in which 38 people, mostly tourists, died in the beach-town of Sousse. A state of emergency, raised after the attacks, was lifted last week but the security situation remains extremely fragile; within the country, disillusioned young people continue to join terrorist networks, and the Libyan conflict spills over the borders.

Here lies the Tunisian contradiction: we are the country that produced the largest number of foreign jihadists in Syria, while still being the most successful democratic transition in the Middle East.

What is most striking today is the gap between how the world views Tunisia – as the last remaining hope of democracy after the Arab Spring, after which countries like Syria, Yemen or Libya have descended into conflict – and the struggles we face at home.

Tunisians living through a period of economic recession might be more cynical of the peace prize. Yet the Nobel Peace Prize committee even mentioned “the Jasmine Revolution” in making the award, an expression dismissed by locals because it is the same name used by the former dictator Ben Ali for his coup of 1987.

The prize won’t be awarded until December so expect to hear more about this before then.

Hokey smokes, a Nobel Peace Prize goes to someone who actually deserves it.