Meet the new Iran, same as the old Iran 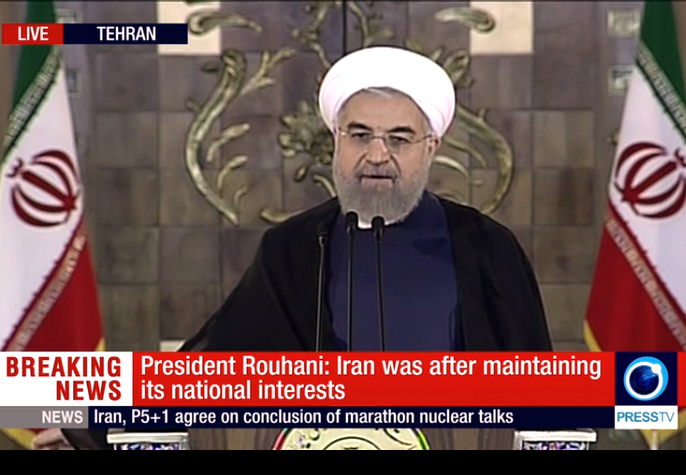 The Wapo announces that a verdict appears to have been rendered in the case of one of its journalists who has been imprisoned in Iran:

Washington Post correspondent Jason Rezaian, imprisoned in Tehran for more than 14 months, has been convicted in an espionage trial that ended in August, Iranian state television reported.

News of a verdict in Tehran’s Revolutionary Court initially came early Sunday, but court spokesman Gholam Hossein Mohseni-Ejei did not specify the judgment. In a state TV report late Sunday, Mohseni-Ejei said definitively that Rezaian, The Post’s correspondent in Tehran since 2012, was found guilty.

But many details remained unknown. Rezaian faced four charges — the most serious of which was espionage — and it was not immediately clear whether he was convicted of all charges. Rezaian and The Post have strongly denied the accusations, and his case has drawn wide-ranging denunciations including statements from the White House and media freedom groups.

Statements from the White House. That’ll do the trick.

Rezaian is a dual Iranian/American citizen born in this country to an Iranian father and an American mother, but he was tried in Iran as an Iranian. For a while, reports have been “floated” that the Iranians would be willing to exchange him for a couple of Iranian prisoners held in American jails for violating sanctions, but that hasn’t gone anywhere so far. Previous Americans held by Iran have been released after the payment of hundreds of thousands of dollars in “bail.”

The WaPo article and the statement by the paper’s executive editor both manage to report on—and condemn—this latest development re Rezaian without once mentioning the missed opportunity of the Iran deal negotiations, where the Obama administration refused to even discuss matters such as Rezaian’s release. But this paragraph, which comes at the very end of the long WaPo article, hints at what is quite obvious:

With hard-liners under Khamenei, the country’s ultimate religious and political authority, firmly in control of key levers of power, the case served to underscore the relative impotence of the Rouhani government in judicial and national security matters.

That’s the end of the article. The paper decides not to draw the obvious conclusion, which is that Obama’s deal supposedly rests on the idea that the Rouhani government and other so-called “moderates” have some power to change things in Iran, which seems to be either a lie or a delusion.

“Meet the new Iran, same as the old Iran” … plus (soon) with nukes!

“…so-called “moderates” have some power to change things in Iran, which seems to be either a lie or a delusion.”

Very often, one is a consequence of the other, and they both exist side-by-side. And a cherished delusion will spawn a thousand lies in its own defense.

Man I miss the days where no one would have the guts to pull a stunt like this and if they did then we would respond appropriately.

Truth be told, he was “convicted” before the arrest order was given. The “trial” was just for show.

WaPo ‘journalist’ being convicted in Iran…

Considering WaPo’s role in the intentional corruption of the news in the U.S., this is karma.

So let me get this straight. He’s an Iranian American journalist and apologist for the regime. He doesn’t speak Farsi and he gets locked up for ‘spying’ while working for one of for profit arms of the White House media organization and Obama (this is my shocked face) won’t do a thing.