Does Ryan have the votes? 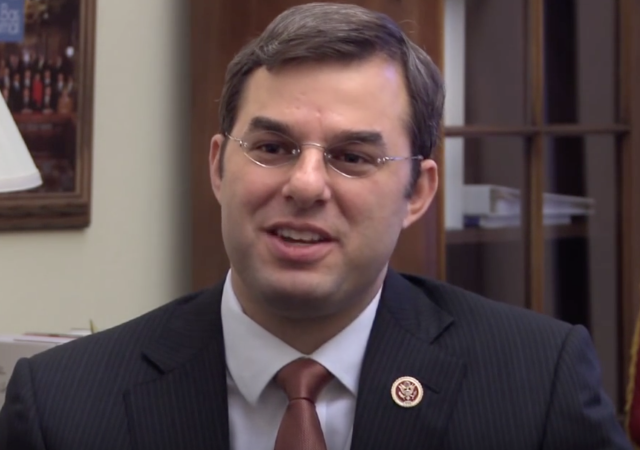 Libertarian Rep. Justin Amash is publicly supporting Paul Ryan in his bid for Speaker of the House, The Detroit News reported Thursday morning.

Following House Majority Leader McCarthy’s sudden withdrawal from the race for the gavel, Ryan reluctantly agreed to take on the job as Speaker Boehner’s replacement, provided he could be a, “unifying figure.”

Rep. Justin Amash of Cascade Township said he is among the Republican conservative hard-liners who have decided to back Wisconsin Rep. Paul Ryan’s bid to become the next speaker of the House.

A “supermajority” of the 40-member House Freedom Caucus voted to support Ryan for speaker late Wednesday, giving Ryan sufficient support to win the position, should he decide to run. The vote came after meetings with the House Ways and Means committee chairman this week.

The caucus did not meet its 80-percent threshold for a formal endorsement, the group said in a statement. The group previously endorsed Rep. Daniel Webster, R-Florida, for speaker.

The House Freedom Caucus has not overtly endorsed Ryan but they’re not exactly fighting the proposition either, posting the following statement to their official Facebook page. 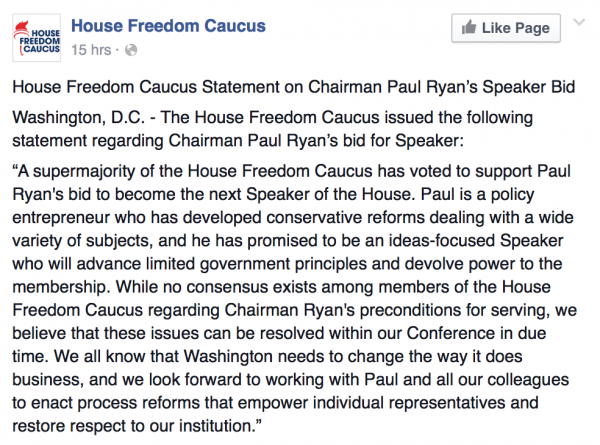 With other representatives who’d originally mulled a Speakership run also throwing their support behind Ryan, there has yet to emerge any other candidate who can both 1) win, and is 2) more conservative.

Several Rs who have floated spkr runs of their own — Chaffetz of Utah, as well as Texans Flores and Conaway — say they're backing Ryan.

Ryan has also said he will not pursue immigration reform as long as President Obama is in office.

Now that Ryan’s received the endorsement of the RSC…

Annnnnd Ryan wins endorsement from RSC, the last of the three contingents he needed behind him to run for Speaker. 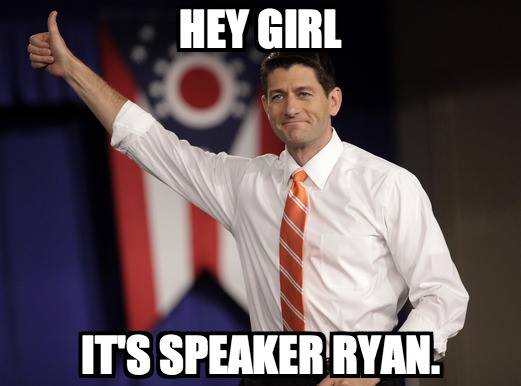 I just don’t have a good feeling about this…

Ryan’s chummy enough with Luis Gutiérrez, which should give anyone cause for concern.

Gutiérrez is ‘rumored’ to have connections to the Sinaloa cartel – Chicago crime, gangs, and drugs —- not to mention his championing limitless illegal immigration.

The company you keep.

Thank you for connecting the dots for those who can’t be bothered lifting the hood so to speak.

How easy is it to go against your political grain 24/7? Can Paulie do it? We’ll see.

Understatement to say Paul Ryan’s performance was ‘disappointing’ against Biden in the ’12 VP debate.

Seems no one remembers.
OR wants to.

I’m willing to let the lad show who he is, without smearing him with a bunch of guilt by association crap.

Yeah I think the Breitbart brigade jumped the shark attacking Ryan. Good enough for Amash and the Freedom Caucus, good enough for me.

Ryan is a Grade A turd. Live in denial if you want. If he was worth a salt, POTUS would not have vetoed the Defense Bill. POTUS knows the Republicans’ only skillset is surrendering. So he does what he wants.