“They have a lot of time” 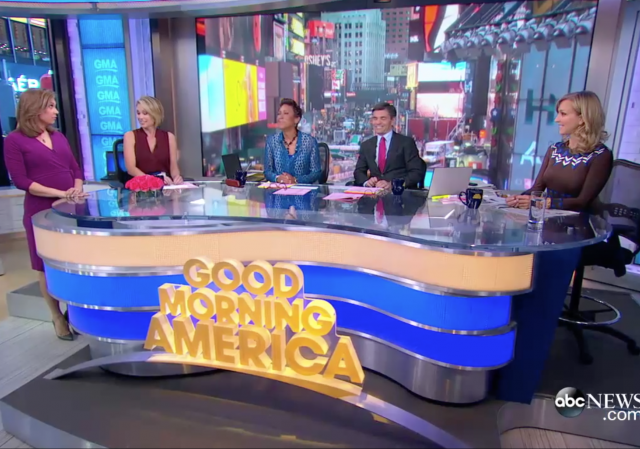 Over at College Insurrection, we posted a story about Harvard’s recent debate loss to a team of inmates from New York.

Fox News reported Tuesday that the inmates who beat Harvard’s team are gaining quite the reputation having also beat teams from West Point and the University of Vermont. Unlike most debate squads, the inmates had no Internet access to assist in their debate prep.

It took place at the Eastern New York Correctional Facility, a maximum-security prison in Napanoch. The Ivy League undergrads were invited last month to debate the inmates who take in-prison courses taught by Bard College faculty.

Harvard’s team won the national title this year and the world championship in 2014.

But the inmates are building a reputation, too. The club has notched victories against teams from the U.S. Military Academy at West Point and the University of Vermont.

Against Harvard, the inmates were tasked with defending the position that public schools should be allowed to turn away students whose parents came to the U.S. illegally. Harvard’s team responded, but a panel of neutral judges declared the inmates victorious.

“They have a lot of time,” said one GMA hostess while the rest cackled.

“I was thinking that but I wasn’t going to say it,” said George Stephanopoulos.

“I’ve been in college and it’s really hard,” she continued.

Inmate Alex Hall said, “we might not be as rhetorically gifted, but we work really hard.”

I bet that the inmates know when a human life begins, too.

The ivory towers are imploding as the mass of… irony is extruded from its hollowed halls. Followed closely by the fourth estate and its stable of pretentious JournoLists braying into the wind.

Nothing like some elitist attitudes to show what people on the Left are really all about.

would be good to hear what the Harvard debate team members have to say.

Debate in college has descended into a complete farce. It’s not valuable anymore.

Here’s a blog post in the Atlantic about the recent college debate championship finals that were between two teams who ignored every question and had a “debate,” that was entirely black racial signaling.

The judges of college debate have not upheld standards or rewarded preparation and knowledge of material. Is this because of fear of being called racist? Hard to say but a competition with no kind of judging criterion isn’t worth much.

I think high school debate may still be valuable.

College debate went down the drain many years ago when it became a contest to see who could talk the fastest and throw out the most amount of useless points. Then there was harvard for years arguing about nuclear power regardless of the resolution.

High school debate has followed college debate down the drain too. The problem us that college debaters are the primary source of judges for the tournaments and they reward the teams that emulate their style. I’ve always maintained a person off the street should be able to watch a high school or college debate round and come away able to make an informed decision on the subject. That never happens anymore.

The worst high school round I ever judged was when 2nd aff got up and decided to sandbag. His speaking style consisted of bending over his briefs and reading them as fast as possible. He only paused to wipe the spittle off the sheet. No eye contact at all with the judge or audience. The other team knew my judging style and they were up against a team they knew would steam roller them. They went with quality and lost a 2-1 split. After the debate, the other two (college debaters) were raving on about the wonderful performance of the affirmative (speed reading) team…

The left argues instead of debating and replaces facts with opinion and feelings. Those inmates know all about what is illegal. Maybe Harvard should too.

IS there a video of this debate somewhere? I can’t find it.

Good question.
Some commenters on YouTube (for example) speculate it was because the debate was held in the prison and no cameras allowed.

You can (and do) have cameras in most prisons. They are common for religious groups, photo sessions at Christmas. Juneteenth celebrations etc.

There is no reason unless the Superintendent or Warden decided not to then it is usually his call.

I suggest GMA release their current talking heads (George Stephanopoulos, et al) and hire some of the graduates of the Bard College Initiative.
The GMA staff have a lot of time on their hands, but I think the prison graduates will accomplish more with their free time.
And they demonstrate they better reasoning skills.

Does nobody remember the debate winner from last year? It was a farce. Whether or not this followed the same path we cannot know until we see actual debate footage.

Perhaps the reason we do not see actual footage is that it is as farcical as the last year winners.

How many talking heads on that show?

And not one of them is aware that it should be “Good Morning [COMMA] America!”

Celebrity “journalists” who can’t even punctuate the 3-word title of their show shouldn’t be laughing at anyone.

Sounds like they tried to set up the inmates for a loss.

Egg on these debate organizer’s faces.

My question: what did these people do to get put in prison? Sounds like they are pretty smart. Maybe they will get out and get into Harvard now……..oh, wait! O.o

” Good Morning America,” Has been a joke to Reasonable people who recognize Far Left Slanted Socialism. That is why the viewership has dropped so low. Now, since Fox leadership of Murdock sons have graduated from left-winged university, They are changing Fox to a MsM also. Such dis-loyality to America.

“I’ve been in college and it’s really hard,” she continued.

Yeah, everyone knows college is so much harder than prison.

Prison has no microaggressions, no rape culture, no social justice issues….and lots of saferooms.

I imagine grade school was hard for that twit.

Seriously! Like they would know if prison is hard?

How about one of you Twitternauts suggest that the Good Morning America crew take on the inmate team in a debate?

Maybe those inmates will remember those insults when they get out.

Apparently, the faculty of Bard College are providing an excellent education to these inmates without even the advantage of selecting the top high school students in the country. Perhaps someone should look into the quality of teaching at Harvard? Possibly the publishing of high-profile academic papers in well-respected journals isn’t a good proxy for teaching ability?

“‘They have a lot of time,’ said one GMA hostess while the rest cackled.

‘I was thinking that but I wasn’t going to say it,’ said George Stephanopoulos.

‘I’ve been in college and it’s really hard,’ she continued.”

Anyone who thinks college is “really hard” is a joke. It can be hard, but then the bimbo would be an engineer or something instead of a talking head if she made college hard on herself. As many of the unemployable college grads are discovering:

…’I thought, they’ll see Dartmouth, and they’ll hire me,’ Feng says. ‘That’s not really how it works, I found.’ She figures programming is the best way to get the job she wants. Hence the basement, where she’s paying $11,500 for a three-month crash course in coding.

Feng sits in the class five days a week from 9 a.m. to 5:30 p.m., tapping on a laptop and squinting at the syntax of the programming languages JavaScript and Ruby. Homework swallows her nights and weekends—a big change from Dartmouth, where after a few hours of class ‘you could just do whatever,’ Feng says. ‘This is definitely like, you’re doing it all day long.'”

Ms. Feng is learning what hard is. She got scammed by the educrats and found herself a quarter of a million dollars in debt with a degree in nonsense. And one of the reasons why it’s a degree in nonsense is that professors who want tenure are far more dependent on getting good student reviews then they are on actually teaching. The easier they make their courses, the better their reviews, the better they do with the administrators. The added bonus is that by not challenging their students, so that they can just go to class and spend the rest of their time binge drinking and hooking up, students don’t need to take up their precious office hours. Which is far more profitably devoted to research so they can can publish, again something far more vital to gaining tenure than actually teaching.

I must say I was appalled at the comments by the Good Morning America crew. I work with inmate students in college everyday. I deal with level 5 and 6 inmates who are locked down 23 hours out of the day. I would love for any of you to see the hurdles these students have to jump to accomplish an education. I’d love to invite any of you to New Mexico to see how these inmates do college-level work under the worst of conditions not at all advantageous to learning.
Yes, I understand they have committed crimes, but we have forgotten the premise of prison; which, is for the purpose of rehabilitation in order to become productive members of society. So, to say Harvard is hard and to insinuate these inmates are just laying around reading books or twiddling their thumbs that is far from the reality of prison. Come see me I will show you dedicated, hard-working students who beat all the odds.

No doubt if it was even close that the judges would give the win to the inmates. Everyone feels good about sticking it to Harvard.