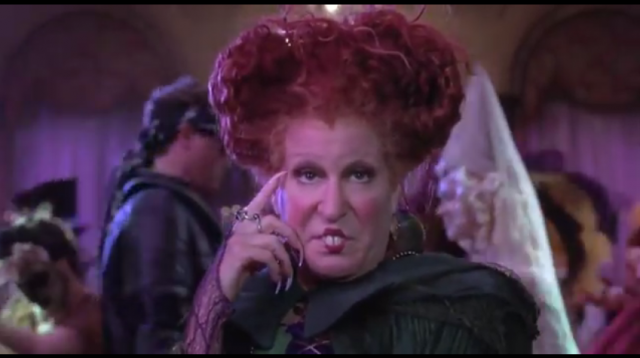 Hurricane Patricia, a Category 5 storm that is being heralded as “the strongest ever recorded”, has just made landfall in Mexico.

The monster storm touched down about 6:15 p.m., hours after weakening slightly with sustained winds decreasing to 190 mph and gusts to 235 mph, according to the U.S National Weather Service.

…Taking the brunt of the hurricane are small fishing villages about 130 miles south of Puerto Vallarta, which had braced for potentially catastrophic 200 mph sustained winds and torrential rains. Despite the slight weakening, damage from the Category 5 storm is expected to be devastating.

Less than an hour after its arrival, Patricia churned inland over southwestern Mexico with maximum sustained wind speeds of 160 mph and was still “extremely dangerous,” according to the American weather service.

The breathless reporting fails to note that Hurricane Patricia’s winds actually clocked in at 165 miles-per-hour, which were on par with that of Typhoon Haiyan in the Pacific. Maybe 165 MPH just feels different on the other side of the world? As a reminder, the 2013 typhoon killed over 6000 people.

Eco-activtists and wannabes were chomping at the bit to say “I told you so”. Bette Midler, popular entertainer, wasted no time to chime in about what this storm means in terms of climate change science.

Strongest storm that ever existed is heading toward Mexico. Climate change deniers, wake up and smell the wind and rain!

Savvy Twitter users have responded with their thoughts about her climate science qualifications:

They included actual history in their replies:

.@Bettthoughts about her eMidler Damage from Hurricane Carla, Galveston, 1961. Is this when climate change began? pic.twitter.com/ZxMSsaUZOO

Then there were those opiners who took a balanced approach to the event:

@BetteMidler No one denies climate change. Some of us just look at the historical sine wave of climate and see it ALWAYS changes. — Greg (@RhymesWithRight) October 24, 2015

In fact, it is fascinating to place this storm in its historical context.

The first recorded hurricane was noted in 1495, when colonial slaver Christopher Columbus encountered one during a voyage to the New World. Several such storms destroyed Spanish and French ships during the ensuing decades.

These events occurred during the epoch known as the Little Ace Age, when mean annual temperatures across the Northern Hemisphere declined by over 1 degree Fahrenheit, creating cultural changes and conflicts that had nothing to do with the level of carbon dioxide emitted by humans.

Even scientists who are climate change subscribers don’t believe it is to blame for Hurricane Patricia:

Even if climate change is playing some unknown role, it would be adding only a small percentage to the chances of a storm like Patricia forming. A single record-breaking event, even within in a record El Niño year, cannot be linked to climate change.

“Maybe we’ll look back in a hundred years and say, ‘this is where it all began,'” says [hurricane expert at Florida International University Hugh] Willoughby. But even if that doesn’t happen, he predicts global warming will eventually heat the oceans to the point that this kind of rapidly intensified hurricane becomes more frequent.

“We can look at what’s going on right now and say it’s a preview of what a warmer globe is likely to be,” he says.

I find it entertaining to see Americans respond to celebrity inanity with humor and facts. I agree with the sentiment that Midler should stick to the trades she knows best.

Meanwhile, I am smelling the “wind and rain” of my climate change denial . . . and it is smelling sweet, indeed!

The recording thingie didn’t even start until a split-second ago in geological time.

There used to be mega rivers that were MANY times the width of the Mississippi at its widest. There were almost certainly hurricanes that were “the strongest storm ever” that we would know nothing…zip…nada…about.

Stupid people are so stupid…

The 1935 Labor Day hurricane, small in size like Patricia, killed over 400 people It was the most intense hurricane ever recorded, possessing the highest windspeed and the lowest barometric pressure.
Among those killed were some WWI veterans at work on the Florida Intercoastal Railway. The government tried sending a train down to the keys to rescue the veterans, but the storm blew the train, locomotive, cars and all, off the rails. Most of the storm’s victims had their skins sandblasted off their bodies.
Sometimes the folks over at the Weather Channel get carried away in their zeal, in their collective effort to never let a legitimate crisis go to waste, promoting Global warming.
Then there was Tacloban in Leyte, recently. Now, that was a storm. Ships being blown blocks into the center of the city, folks scurrying around for some shelter getting decapitated by flying debris.
Even the great 1938 New England Hurricane had a little notoriety, the anemometer atop the Boston Weather Bureau Building recorded a wind gust of over 180 mph before it blew away.

Chalk it up to the self-absorption of society, particularly relevant to social media, celebrity culture and those who care about it. “If I didn’t do it, or I didn’t know about it, it never existed.”

The climate defined over seasons or perhaps years, decades, or another arbitrary period?

The notable feature of the scientific method is that it was designed to constrain secular excess. Unfortunately, like a constitution and other standards, it requires vigilance and enforcement to effectively mitigate instances of people running amuck.

Why, Bette said “Strongest storm that ever existed is heading toward Mexico.” Clearly that is a fact.

I’m forced to admit that I might be responsible for this super hurricane. We are well past the tipping point and I broke wind last week and emitted a plethora of methane.

My GAWD…!!! You and that Holstein. Oh, and that Oberhasli. AND that deer. You are ALLLLLL murderers!

When speaking of historical hurricanes and other natural disasters, the farther back in time you go, the worse the preparation and warning systems were. The same hurricane that killed, say, 1,000 people in the 1800s might kill no one in 2015.

She really is a useful idiot. Impossible anymore to watch a movie she’s in, or listen to a song she screeches out.

The media was at a fever pitch over this storm! And then

No deaths, No injuries and Moderate to minor damage!

News media waiting for the next mega storm…. 100 million in it’s path Blaa, Blaa, Blaa cause by man made global warming!

“Mr. Hawkins, Behind Door #1 is a dinner date with Bette Midler. Door #2 is castration with a rusty ax. Please choose, sir.”

first recorded hurricane was noted in 1495, when….Christopher Columbus encountered one during a voyage to the New World.

This struck me as a peculiar statement because Christopher Columbus traveled only 1492, 1493, 1498 and I think maybe something like 1502, although he stayed for some time on one or more of his four voyages.

It turns out it is not so peculiar.

The first one actually was in 1494 and occurred approximately at we would now call September 24, but was the 15th of September Old Style.

Another hurricane occurred the next year, (is that supposed to be the big one?) Columbus abandoned the site of La Isabela in 1496 and founded what is now Santo Domingo.