Death of the Humanities Week at College Insurrection

Death of the Humanities Week at College Insurrection

Your weekly dispatch from the world of higher education. 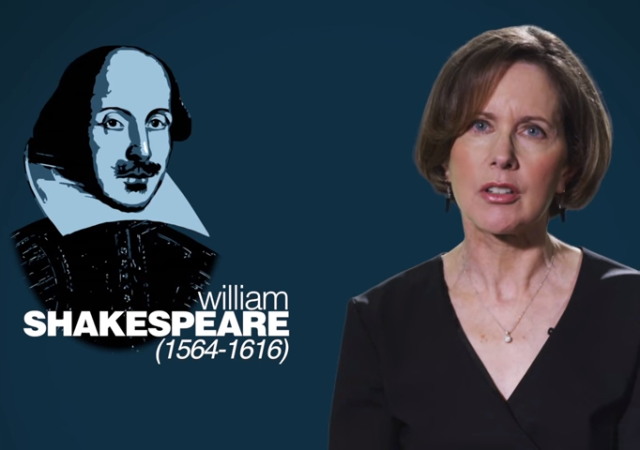 You can now get a degree in English at UCLA without ever studying Shakespeare, but you will be required to take courses in social justice.

What’s in a name?

Watch out for those microaggressions.

Focusing on the important things.

Traditional courses in the humanities, mathematics, and science were intended to teach people to think. Look at a course catalog today — The courses are about politics and left wing nonsense. And, the costs in dollars and results are staggering.

It appears that only traditional engineering courses have escaped this destruction because bridges have to remain standing and computers have to work. Engineers cannot hide behind “intentions” and still be employed.

Liberal Arts now produce “microaggresion” and other delusions. Indoctrination has replaced education. The Dunning-Kruger effect is needed by the ruling class.

Shakespeare is an old dead white guy according to the left.

But not Karl Marx.

That old dead white guy is required reading and discussion for Caribbean students preparing for high school exams at the Ordinary Level, and for those who will be liberal arts majors at the Advanced Level. The university system needs cleaning out and overhauling.

UCLA has been destroyed from within. Unqualified ‘politically correct” students have been admitted, bringing with them, their ‘bad habits’ and associated ‘friends.’

The result has been rampant drug dealing, and now murder:

UCLA was destroyed long before that. This is only the latest sign that the university is dead.

The reason universities have gone off the deep end is because there is too much money for too many students. And this is because of the guaranteed student loan program, which is now run by the feds. This has caused a radical increase in tuitions, which has also radically increased student debt.

These universities produce lots of fairly dumb PhD holders who eventually fill humanities and social science departments, thus increasing the idiocy being studied and taught. In addition, the universities become ever more arrogant and partisan. They also become the ultimate money grubbers, getting funded extra for foreign students while benefiting from US citizen largesse.

Meantime, it’s hard to get a decent plumber or auto mechanic.

Don’t blame the money for the decline of the university. Blame the 60’s radicals who became professors and who were determined to deconstruct the idea of the university and the role of Western civilization in maintaining national identities. Blame the atheists who demanded the removal of God from the public square and are enforcing their atheism on a country founded on freedom of worship. Blame the Communists (masked as Socialists) who gained traction thanks to the rebellion of the 60’s. Blame the university administrators who buckled to every leftist demand and so diminished the university as a place for the study and exploration of great ideas.

Once you get rid of Western Civilization and its God, you have nothing to offer, no new ideas, nothing to elevate the human soul and condition. Sure, there is Islam, Buddhism, Hinduism, and all these other -isms. A look at the countries in which these horrors originated is enough to dispel any notion of human advancement and elevation.

Let’s not forget the corrupt university system, which functions more like something run by Richard Trumpka and his SEIU goons: students get massive loans from democrats in government, which allows them to overpay colleges for tuition, and in turn allows for massive overpayment of the hacks teaching idiotic leftist and progressive subjects (they are unqualified to teach anything else) and the corrupt administrators who hire only leftist hacks to teach these b.s. courses. In turn, the universities indoctrinate the kids they’re looting. These kids – now useless metrosexuals, lesbians and/or bisexuals with heads full of leftist mush – and hopelessly in debt – vote for democrat idiots who will allow new students to overpay for college.

The avoidance of history and tradition means that liberal arts education will acquiesce to the same blood-letting over and over again as a palliative.

Juba, your understanding and mine are consistent. You identify the immediate perpetrators, and I identify the mechanism by which the deed was possible.

That said, I focus on what can be called “modifiable risk factors.” I don’t know what you plan to do about the ’60s, etc. But, one can act on the mechanism that supports the educational status quo.