Where does a support role end, and a combat mission begin? 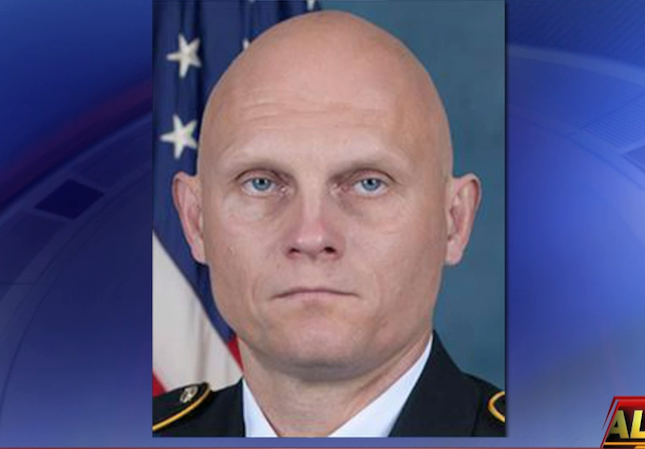 The Pentagon has identified 39-year-old Master Sgt. Joshua L. Wheeler of Roland, Oklahoma as the first US service member to die in the ground fight against ISIS.

Wheeler was part of a mission aimed at rescuing captives held at an Islamic state compound in northern Iraq. Officials received intelligence that led them to believe that the captives faced imminent mass execution, prompting the Kurdish Regional Government to request the raid. US special forces teamed up with the peshmerga (the Kurdish regional militia) and freed 69 hostages during the approximately 2 hour-long mission.

According to Reuters, US officials have said that special forces’ involvement in the mission was not tied to suspicion that there were any Americans amongst the captives; instead, US forces acting as advisors were “sucked in” to the battle when the Kurds came under heavy fire.

“This operation was deliberately planned and launched after receiving information that the hostages faced imminent mass execution,” [Pentagon Press Secretary Peter] Cook said, adding later that it appeared the hostages faced death “perhaps within hours” and that freed hostages told authorities some had been killed at the prison recently, prior to the rescue.

U.S. combat troops have rarely, if ever, participated directly in combat against IS fighters on the ground since the U.S. mission began in 2014. The U.S. has mostly limited its role to training and advising Iraqi and Kurdish forces, airdropping humanitarian relief supplies and providing daily airstrikes in ISIS-held areas of Iraq and Syria.

Cook said it was a “unique” circumstance for the American military in Iraq, although he would not say that it was the only time U.S. forces have engaged in a form of ground combat in Iraq as part of Operation Inherent Resolve. He said it was in keeping with the parameters of the U.S. military’s role in Iraq.

According to this Fox News report, the Pentagon continues to insist that this mission did not constitute actual “combat,” but instead was executed as part of a support role. Fox News Pentagon correspondent Leland Vittert describes what he’s seeing during these press conferences as “Olympic level word games”–and it sounds like an apt description:

Defense Secretary Ash Carter is expected to address this issue later today, but whether or not he’ll deviate from the current line remains to be seen. The Pentagon (and the Obama Administration at large) has remained insistent that the US military’s role in the Middle East has shifted from combat-focused to support focused—meaning training, intelligence operations, and airstrikes.

If the Reuters report is correct, and our troops were indeed “sucked in,” the Pentagon should continue to reinforce that point, because the word play we’re fielding gets less convincing every time it’s recycled.

Officials received intelligence that led them to believe that the captives faced imminent mass execution,

Apparently, aerial photographs of mass graves, which had been dug, and maybe previous experience.

That they were going to be executed was confirmed by one of the prisoners, it is reported, because he said they’d be told they would be executed after morning prayers.

The U.S. soldiers were there as helicopter pilots, but the Kurdish forces encountered more resistance than they expected, so the U.S. forces joined in.

Sammy, enlisted men in the Army are not pilots. Look. It. Up.

A Delta MSG ain’t there to watch from the cheap seats.

Typical Obama Admin lying. Don’t worry guys, the MSM wouldn’t call you out on it anyway. Like they would if an American soldier was killed under a Repub Administration.

Whenever I begin to lose faith in the fundamental character of this country, I think of men such as MSG Wheeler.

So, when did Ash Carter undergo castration and turn in his man card? It’s a prerequisite to be in this administration, so it must have been some time ago. Too bad others in prior administrations didn’t sniff him out and purge him. That guy and most in the Pentagon already have their retirement. They can’t be sent to jail for telling the truth or giving honest opinions. Yet they don’t. They are complicit in all of this. I hope the next POTUS brings them all back and goes through every possible method to yank their retirement away and more.

“Where does a support role end, and a combat mission begin?”

When you start getting shot at.

A lot of “support” cadre are not armed for combat.

But, more seriously, it starts with planning. You won’t find Delta operators going in as “support”. They’re killers who do what they do very, very well. Preferable so well they won’t have to kill in many operations, but that IS why they’re sent. To kill very professionally if conditions require.

Rags, my friend, I’m not an idiot.

Correction. I checked with Mrs. H. Turns out I AM an idiot.

I would imagine any recognition of the MSGT would be out of place since obama has said that NONE of our men are in combat. I would also expect that any medals and combat pay will be denied as well.