“Clock Kid” and His Family are Moving to Qatar

“Clock Kid” and His Family are Moving to Qatar

“I think I will learn a lot and have fun too.” 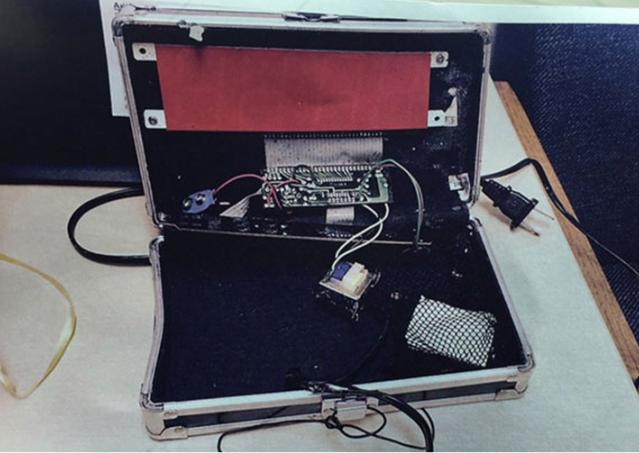 This story just keeps getting weirder.

Remember Ahmed Mohamed? He’s the Texas teen who sailed into his (extended) 15 minutes of fame after one of his teachers mistook a “homemade clock” for a homemade bomb.

The Social Justice Warriors rushed to Ahmed’s cause, crying racism; President Obama even invited him to the White House. After the incident, Ahmed used the media attention to his advantage, saying that his teacher and the authorities made him “feel like he was a criminal,” and that the whole thing seemed contrary to America’s live-and-let-live spirit.

Apparently, Ahmed’s place in the media cycle paid off. Yesterday, his family announced that they plan on moving to Qatar, where Ahmed will pursue his education—courtesy of a full scholarship.

“After careful consideration of all the generous offers received, we would like to announce that we have accepted a kind offer from Qatar Foundation for Education, Science and Community Development (QF) for Ahmed to join the prestigious QF Young Innovators Program, which reflects the organization’s on-going dedication to empowering young people and fostering a culture of innovation and creativity,” the family said in a news release Tuesday.

Anthony Bond, a close family friend and the founder of the Irving, Texas, chapter of the NAACP said the family made the decision to leave the U.S. within the past 24 hours. They have spent those hours in Washington, where Ahmed has been on a mini-press tour in anticipation of his visit to the White House.
…
[The news release] included one statement from Ahmed:

“I loved the city of Doha because it’s so modern. I saw so many amazing schools there, many of them campuses of famous American universities. The teachers were great. I think I will learn a lot and have fun too.”

Slate found some inconsistencies with this:

Mohamed’s sister told the Dallas Morning News that her brother will study at the Doha Academy. The press release language about the QF Young Innovators Program, incidentally, is taken directly from a press release that the Qatar Foundation put out on Oct. 5 after the family toured its facilities. There is no apparent evidence on Google or in the Nexis news database of anything called the “Qatar Foundation Young Innovators Program” having existed before two recent QF press releases. (The Qatar Foundation is affiliated with something called the World Innovation Summit for Health Young Innovators program, but that program involves invididuals up to 30 years of age who have “significant achievement innovating in a health-related field.”)

Am I the only one who thinks that this isn’t the last we’ll see of our intrepid clockmaker?

I hope there’s at least one American and several other agencies that will keep on eye on this kid and his family.

Don’t let the door hit you in the ass!!! Good riddance!!!

For the moment, anyway.

I think this young man will find that the grand illusions that surround him will dissipate quickly. He will find that the “friends ” he will have will be much more hostal and the benifits of living in a free or relitivly free nation are gone. His choices will now be given to him and he will preform and comply or he is gone without excuse or second chance. He may find he is in a place unlike the school and among friends who accepted him as he was. Was he treated unfairly ? Well who does he need to look at for his spotlight on a behavior that only twenty years ago would have placed him as a bright student and encouraged to go into engineering programs. Again we see these people like our president blame everyone else for their one actions and problems.
Grampa

Judging by the psycho show they’d put up with the “clock”, this family is best suited to live in a tribal theocracy. Freedom is not for everyone.

No doubt, little Clockboy passed the first jihadist test of smuggling a bomb into a public school in the United States of America. Now, he can attend a real jihadist school and can have lots of fun learning about how to grow up to be a REAL jihadist. Good luck little Clockboy, we here in the United States of America will be waiting for you locked and loaded…!!

At a certain age he’ll figure out he’s being used by his own family and various political factions and drop out of that media-manipulated scene to enroll in community college in Kansas, forever out of the limelight by choice.

Good riddance!! In a few years, he’ll be found as part of the 5th Intifada.

Mark Steyn gets to the heart of the matter:

The US Department of Homeland Security’s slogan is “If You See Something, Say Something” — unless it’s something that might get you accused of Islamophobia, in which case keep it to yourself.

Which is where we came in, on the morning of Tuesday September 11th 2001 at the US Airways First Class check-in desk:

I got an instant chill when I looked at [Mohammed Atta]. I got this grip in my stomach and then, of course, I gave myself a politically correct slap…I thought, ‘My God, Michael, these are just a couple of Arab businessmen.’

Clockmed has raised the bar on that one. My God, this is just a young Muslim male. So what if he’s ticking? Do I really want to be tied up in sensitivity-training hell for the next six months?

One thing I am HAPPY about is clockboy and his siblings will effectively erase any reasonable chance to become US citizens.
They do not deserve the freedoms our country offers.
They are in for a rude awakening
and I couldn’t be happier

They already are US citizens.

Even if they weren’t, all it takes is to come here twice a year (or a good lawyer) until they get naturalized. Regardless, I have a feeling they are not coming back.

I believe this is called self-deportation.

“Qatari law does not permit the establishment of political bodies, forums for debate, professional syndicates or trade unions …”

But it’s not such a repressive, regressive place to live as the USA.

But, doesn’t our president at least have a few words on how he could be duped by an only half-clever 12 year old boy (and how he won’t let it happen again)?

Given his clock ‘building” skills, I expect we will next hear he blew himself up trying to make a bomb.