Civilian Casualties: Does U.S. Hold Itself to Same High Standards It Holds Israel?

Civilian Casualties: Does U.S. Hold Itself to Same High Standards It Holds Israel? 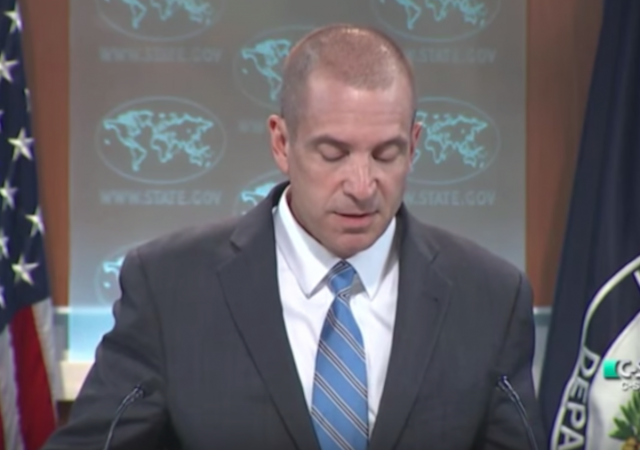 The hypocrisy of this administration with respect to Israel can, at times, be stunning. One of those times was in August of 2014, in the middle of the Israeli military operation known as Operation Protective Edge, which was designed to stop rocket-fire emanating from Gaza.

A school run by UNRWA, the UN agency that is supposed to provide humanitarian aid to Palestinian Arab refugees and their second, third, and fourth generation descendants, was hit by shelling. It was well-known at that time that Gaza’s Hamas rulers were firing on Israel from positions within civilian areas, and that the UNRWA schools were basically doubling as rocket warehouses.

Despite this knowledge, State Department spokesperson Jen Psaki said at the time that the US was “appalled” by the “disgraceful shelling,” that Israel “must do more to meet its own standards,” and that “the suspicion that militants are operating nearby does not justify strikes that put at risk the lives of so many innocent civilians.”

It really didn’t take a genius to see that this statement would come back to haunt them. On Saturday Reuters reported that a US airstrike had hit an Afghanistan hospital run by Medecins Sans Frontieres. The Reuters article, edited since Saturday, now reads, in part,

U.S. Defense Secretary Ash Carter promised a full investigation into whether the American military was connected to the destruction of the hospital, but cautioned it would take time to gather information.

“We do know that American air assets … were engaged in the Kunduz vicinity, and we do know that the structures that – you see in the news – were destroyed,” Carter told reporters traveling with him shortly before landing in Spain on Sunday. “I just can’t tell you what the connection is at this time.”

This has put the State Department in something of an awkward position.

[AP State Department correspondent] Matt Lee decided to ask the State Department’s Mark Toner exactly what kind of standards they hold themselves to because it would seem to be a different set than they applied to Israel last year.

I’ll spoil it. He’s got no answer. They can’t justify it. They hold Israel to an impossible standard, one to which they cannot themselves match.

You can also see a longer version here.

Any civilian casualty, and any casualty of an armed service member that is legitimately fighting to protect his or her country, is of course a tragedy. As the US is learning the hard way, despite the best of intentions, such tragedies unfortunately can’t always be prevented. But the US must do more to hold its allies to same standards to which it holds itself.

Mirabelle is a non-practicing lawyer and blogger, writing about Israel, the US-Israel relationship, and media bias at Israellycool.com. On twitter: @MirabelleW18

If ever someone lived in a glass house …

Obama as yet has not built any legacy!

What’s more surprising to me is that obama is now making sounds about his actions in syria. HA. HA.

And, our media tends to portray putin as heroic. Deserving of more HA. HA.

First, let me say that Israel acted appropriately when it struck legitimate targets that their enemy had intentionally positioned near civilians.

That being said, the two incidents are not comparable. The Israelis intentionally attacked legitimate targets they knew were co-located with civilians and civil assets. The Americans in Afghanistan, OTOH, appear to have mistakenly targeted a civilian location of no military value. The Israelis were obligated by their military objective (stopping rocket attacks against their civilian population) to attack civilian targets; the Afghanistan incident was just an accident.

Thirteen thousand French civilians (and “friendly” civilians at that) were killed in the aerial bombings that prepared areas behind the beaches before the landings at Normandy. That was considered “acceptable,” both as a military necessity and with respect to absolute numbers – it was not too many civilians to kill in order to meet the military necessity. What has changed since then? Smart weapons.

The development and use of smart weapons has led to the expectation that 1.) smart weapons make all other weapons obsolete and their deployment unnecessary, and 2.) that perfect intelligence, infallibly assessed, will be used to deploy smart weapons inerrantly. Both of these expectations are wrong, but both form the basis of many (uneducated) citizens’ expectations of modern war-fighting. Based on these faulty expectations, many people simply don’t understand why Israel has to launch artillery strikes into a neighborhood, or why the US military sometimes kills civilians by mistake. When these things happen (and they will), it raises in their minds the questions, “Why did Israel do that? Don’t they care about the Palestinian people?” “Couldn’t the Air Force have prevented those deaths?” These people expect modern war-fighters to be capable of striking and killing only legitimate targets and enemy combatants. People who ask such questions don’t understand that war is still about killing people and breaking things, and that its execution, even under the best circumstances (including the use of the most advanced assets), can never be perfect. It is this “perfection” of warfare that many people expected of smart weapons and other high-tech assets, but these assets were never meant to “perfect” war, only to make its fighting more effective.

It seems like the better question is do Democrats and other members of the pro-choice cult hold themselves to the same high standards it holds others. The pro-choice cult is infamous for its low or rather selective respect for human life. It’s not collateral damage, when it is characterized as unwanted or inconvenient. The Left is notorious for causing and tolerating wanton mass casualties of unwanted and inconvenient human lives before and after birth.

Actually, the US is probably held to a higher standard than Israel when it comes to civilian casualties……

…. but only when a Republican is President…

Officials in government agencies will be the first to leak anything that could possibly be damaging, and the press will hype up the details and believe any damaging reports from uncredible sources as long as they fit the narrative.

Iraq and the Bush Administration were only a few years ago. How do you not remember any of this?

As for the US, when a Democrat administration is in charge, nobody cares.

That’s just how it is.

If the forces in question were taking fire from a building that contained a hospital, and it certainly seems like they were, all of the leftist outrage is moot. There is no “Safe” in warfare. Terrorists who fire weapons from hospitals or schools cannot be simply ignored, or they will flock to those places, and stack the children up in front of them as human shields.

Yea, I always wonder about these people who seem to believe that warfare can be humane. Warfare is about the most in humane thing be inflict upon each other.

If the forces in question were taking fire from a building that contained a hospital, and it certainly seems like they were,

It seems highly likely to me – and I feel very bad that this possibility is not even being investigated – that:

The Afghans who called in the airstrike were either:

B) Taliban using the radio frequency used by the Afghan Army to communicate with the United States and impersonating Afghan allies.

The question was logical and intelligent: I am glad it was asked.

I am offended that it’s headline material when a reporter does his job. The fact that a reporter asked this question even made it to the front page of Reddit, where the techies and kiddies hang out. Bear in mind that this is a population that thinks Obama is a hero, and they don’t like this kind of hypocrisy, either.

“That being said, the two incidents are not comparable. The Israelis intentionally attacked legitimate targets they knew were co-located with civilians and civil assets. The Americans in Afghanistan, OTOH, appear to have mistakenly targeted a civilian location of no military value. The Israelis were obligated by their military objective (stopping rocket attacks against their civilian population) to attack civilian targets; the Afghanistan incident was just an accident”

Which makes, in my estimation, the actions and policies of this Obama administration and his reduced to “whatever” 2nd string military commanders a crime. With no policy in place and forever moving the rhetoric to fit the occurrence, places the actual action 2nd to the propaganda Obama and his White House lackeys, a even bigger crime.

Israel has made their position clear to their citizens, allies and foes. They have been clear on their mission and have been open with the world when military actions are taken. The hypocrisy of the Obama administration is self-evident in comparison of the two.

Because we don’t know these things, it’s not possible to blame Obama, the state of the American military under his administration, or any other factor. We do not have sufficient information to place blame/responsibility.

Were American aircraft directed to attack that location intentionally or by mistake (in which case whoever directed the attack is responsible)?

It sounds like they were directed to attack that location, and now the military wants to make the thing that went wrong, the fact that they violated procedures and didn’t check that location against known non-targets or something like that.

Isn’t it important to know whether or not the call for help was a fake?

Somebody should tell that to White House Press Secretary Josh Earnest.

In fact, the Department of Defense goes to greater lengths than any other military organization in the world to prevent civilian casualties.

IDF drops leaflets 24 hours before airstrikes, then uses low power charge to “knock” 15 minutes before. Hamas forces residents to stay in the buildings. Personally I wouldn’t be surprised if Hamas killed a few people to plant in the buildings.

Missing from the story is that Obama ordered the Department of Justice to investigate the bombing of the hospital.

You’ll need to remove your hand from your ass before you see that happen, lest it grows there attached.

Yes, what’s up with that? Why would DOJ be involved?

Possible crime, I suppose – but that’s probably not what went wrong, in the U.S. military at any rate.

Next time Obama visits a foreign country, they should arrest him for war crimes and have him tried at the ICC.

I’m sorry, was that supposed to be funny?

Could we have one place that doesn’t use ‘text speak’?