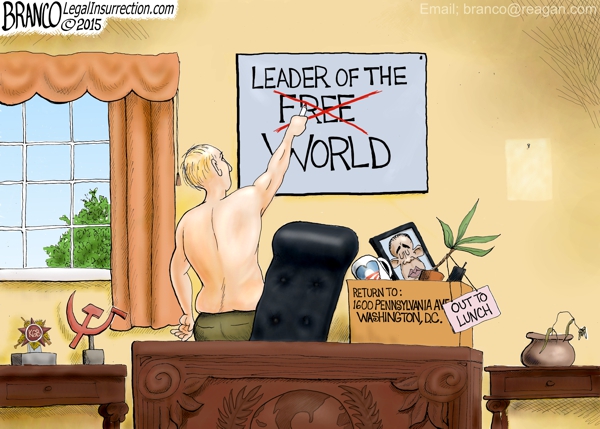 …with fourteen months to go, such is achievable!

It appears that Smart Power ™ Obama had better talk to Russia again and this time he should ask for a new “space” to put his stuff.

Reuters, Mar 26, 2012: “President Barack Obama was caught on camera on Monday assuring outgoing Russian President Dmitry Medvedev that he will have “more flexibility” to deal with contentious issues like missile defense after the U.S. presidential election.

Obama, during talks in Seoul, urged Moscow to give him “space” until after the November ballot, and Medvedev said he would relay the message to incoming Russian president Vladimir Putin.”

(Where I have heard that “space” word used since? Ah yes, in Baltimore.)

Why hasn’t our biggest threat to the USA, been removed from the WH.?

The situation in the Middle East has totally fallen apart. We cannot wait until 2017 to start fixing it. He needs to be IMPEACHED now!

Seven years in, and has anyone ever once heard a liberal refer to Obama as “Leader of the Free World”?

Sometimes I still see the term, from the Right, in reference to the office he holds, but never from the Left.