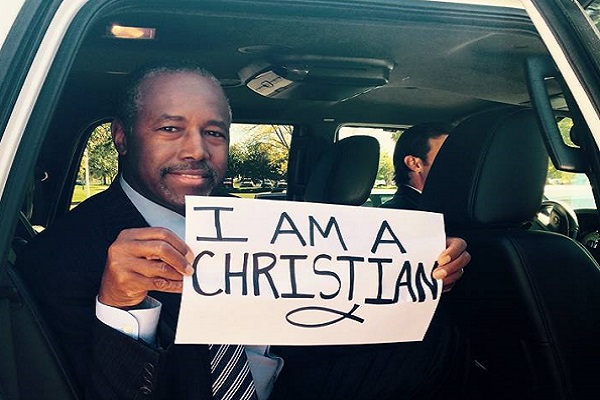 Upon learning that the Oregon shooter had asked his victims to state their religion before killing Christians on the spot, Dr. Ben Carson posted his own response to Facebook on Friday:  Yes, #IamAChristian.

‘Today, many of your questions were in regards to the sorrowful event that took so many precious lives in Oregon yesterday. We don’t have all the details yet, but as time passes more are coming out,’ wrote Carson on Facebook.

‘Millions of people are posting pictures of themselves declaring they are Christians in support of the victims and their families. I did so on Facebook this afternoon. If you have a moment, please consider doing it as well.’

Dr. Carson urged his Facebook followers to change their profile image “to honor the victims and their families”: 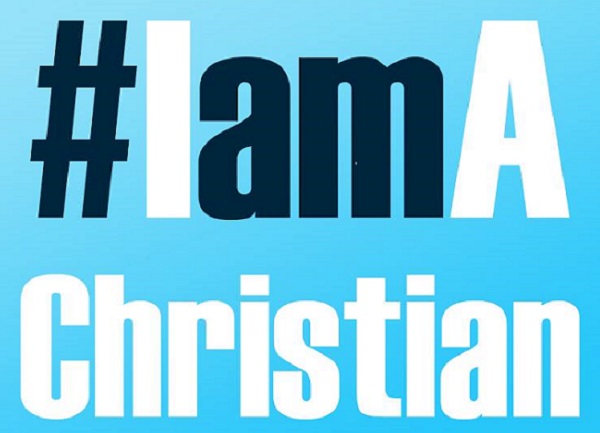 The Twitter feed for #IamAChristian is alive with tweets by people expressing their support.

#YesImAChristian Please make it go viral! #IamAChristian For those in Oregon’s last words as they killed for being so pic.twitter.com/fXhOV4lrHo — Jerry Land (@vikings_blood) October 2, 2015

Changing my profile today in recognition of those who were victims of the massacre in Oregon. Join me if you like. #IamAChristian — leslie witzel (@lwitz7) October 3, 2015

Where were all these people and posts when homosexual marriage go jammed down our throats and when videos first broke that Premeditated Butcherhood was profiting from abortions. You don’t get to pick and choose what Christian morals make you feel good inside.

I love this man, too.

The main stream media is not going to like this!
But with social media you get get the message out without them. Dr.Ben Carson is a kind and positive soul!

Ben Carson is a wonderful inspiration.

Non-Christians of good will are also welcome!

On normal days, this goes without saying in our wonderful country, but I figure somebody might need to say it, today.

Yes, there are some lovely non-Christians, but this isn’t about them, since they weren’t the ones being shot in the head for bravely saying “I am a Christian.”

They are the ones who got to say “No, I am not a Christian,” and were therefore allowed to live. This is about the bravery of saying “I am a Christian” even when you know that it’s going to get you killed.

You’re jumping to an unwarranted conclusion, which seems to be the popular meme around this.

The madman asked people’s religion. He then said something about meeting god and killed people.

There is nothing, as yet, showing he discriminated in who he killed, except a second-hand account from a victim who talked about shooting victims in the legs. We, as yet, have no support for that, including information from the medicos that anyone was wounded in the legs.

Apparently, his FIRST victim was a Jew, the professor teaching the class.

Apparently, his FIRST victim was a Jew, the professor teaching the class.

Yes, he shot the professor point blank immediately upon entering the classroom. He didn’t tell or ask him anything, just entered and immediately took him out.

THEN he told everyone in the class to get on the ground, and then asked them to stand up and say what religion they were before he started firing.

As I’ve often said, wait for due process.

Here, we’ll find a lot of this wasn’t as portrayed, and other parts were more complex.

Good advice to wait and see.

The shooter elected to send the Christians immediately to their God. In his sick and twisted mind, he may have thought he was doing them a favor sending them to heaven and out of the material world he clearly despised. He may have thought he was saving them. This is part of why witches were burned – immolation was thought to be the only way to save their souls from damnation.

I have no reason to think this shooter thought this way, but the dynamic is common in multiple murders – killing people to ‘save’ them. It’s the ultimate narcissism.

This should have been the President’s four word response to the latest anti-Christian rampage.

But of course the President isn’t a Christian, any more than he’s a Moslem.

He’s a pagan worshipping Power and money from a dictator’s point of view.

Saw a copy of our local “newspaper” today. There is a front-page article and an editorial on the Oregon shooting. Both articles were pushing gun control, and neither mentioned the targeting of Christians.

I have come to the conclusion that there are no devils left in Hell. Right now they are busy running our major media outlets.

Um? Did you mean “over an eighth of a million shares”?

Thanks, Amy! I’ll have to double check that and make the edit. 🙂

Hee! Mostly just rushed, but no excuse. I’ve fixed it so that it’s accurate as of the posting time. If anyone is interested: The shares are now up to 155k and the likes are over a million.

I am a Christian and not embarrassed. People better wake up in this country fast and figure out which religious people want to kill other people.

Oh Great!! Now people are going to vote for Carson solely because he is a Christian and not give any thought to the fact that he has zippo experience, knowledge, resume to be president of the USA, let alone even thinking of running for president. It is about as ludicrous as me applying for a job as a neuro surgeon or to run a multi-billion company or or or….. Oh great! Now people are going to vote for Carson because not only does he stand on being a Christian, but he is going to bring the Bible to the government and try to model the tax structure after the Biblical format. So much for separation of church and state. So much for not having a state religion. So much for noticing these same voters are against the same thing happening if a Muslim in WH and wants to impose Sharia……

Oh, I AM a Christian. FYI

…and also a little over-excited, perhaps.

Do you wet the bed?

Two thoughts: (1) people are going to vote for Carson because of the things he is not, chief among them a narcissistic, deceptive politician who never held a real job, and (2) you might want to cut back on the caffeine.

Well, for starters, one good thing is “by the sweat of your brow shall you eat”.

” but he is going to bring the Bible to the government and try to model the tax structure after the Biblical format. “

So if we are to base our decision on the one who has the experience then the obvious choice will be Joe Biden. Do you really want that?? I will take someone who can take mounds of information, shift it and make intelligent decisions- sort of like being a neurosurgeon. By the way during the debate Ben Carson was the most intelligent person in the room.