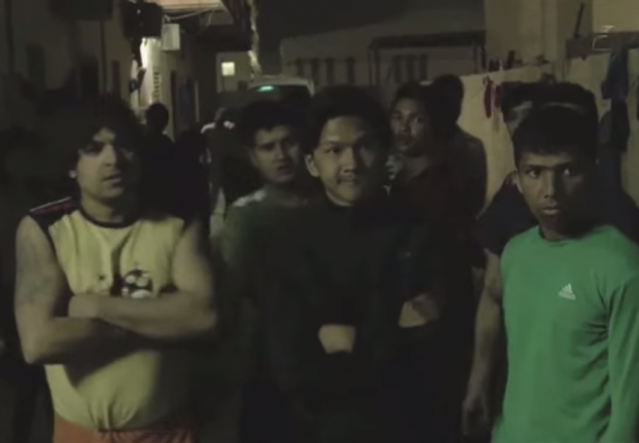 Recently, refusing to take any Syrian refugees, Fahad Alshalami, a senior official of Kuwait explained to the media that “it is not right for us [Kuwait and other Gulf States] to accept a people that are different from us. We don’t want people that suffer from internal stress and trauma in our country.”

Alshalami glossed over the fact that 800,000 migrant Indian workers living in his country too might be suffering from the same “internal stress and trauma.”

About 40 percent of Kuwait’s 4 million population comprises of Asian workers. In total about 7 million Indians work in the 6 oil-rich nations of the Gulf Cooperation Council (Saudi Arabia, UAE, Kuwait, Oman, Qatar and Bahrain). They are often at the mercy of their employers and work under dangerous conditions.

On an average, there are 53.6 deaths per 100,000 [expat Indians] annually. However, this number conceals a sharp discrepancy. The average for the six GCC nations is 69.2 deaths, while the figure for rest of the world is 26.5 deaths, almost 60% lower. Saudi Arabia, UAE, Oman and Kuwait report between 65 and 78 deaths per 100,000 Indian workers.

Indian government that heavily benefits from remittances, worth billions of dollar from Gulf States annually, is reluctant to raise concerns about the safety and wellbeing of its citizens.

In Qatar alone about 1,400 Indians workers have died since 2010. Qatar, the host of 2022 Soccer World Cup, has denied that working conditions are in anyway related to high-deaths amongst workers. The Indian government concurs with the Arab Kingdom, saying most of the Indian deaths were indeed due to “natural causes.”

Indian government otherwise vocal and very sensitive to the grievances of Indian students and professionals residing in the West, has decided to brush aside these heavy death toll amongst low-wage Indian workers in Gulf States.

And while United Nations and professional defenders of human-rights remain busy sifting through the miniscule evidence of human rights violations in Israel, there is no hope for justice for millions of unorganised Indian workers in these oil-rich Arab States anytime soon.

ESPN report on the modern-day slavery in Qatar and the human cost behind Qatar’s Soccer World Cup 2022:

The raging hypocrisy of progressivism knows no bounds.

“In Qatar alone about 1,400 Indians workers have died since 2010. Qatar, the host of 2022 Soccer World Cup, has denied that working conditions are in anyway related to high-deaths amongst workers. The Indian government concurs with the Arab Kingdom, saying most of the Indian deaths were indeed due to “natural causes.””

Most of those jobs are in construction, where being crushed by heavy equipment will quite naturally contribute to someone’s death.

Actually, if you watch the video they say that most die of cardiac arrest.

Here is another documentary (classic by now, really) about slaves in Dubai, by Vice:
https://www.youtube.com/watch?v=gMh-vlQwrmU

A few years ago Uncle Sam gave me the “opportunity” to go to Qatar for 6 months. There are literally 10 Filipinos or Nepalese workers for every 1 Qatari; if you don’t believe me look it up. They lived in camps off the main road into Doha (think District 9). They were always busy doing the crap work while I’d see the Qatari men walking around holding hands in the souqs or driving Bentleys and Ferraris. The US officially condones human trafficking; however if you contract with a foreign company who blatantly does it, nobody blinks an eye.

Um, I think you mean “condemns” instead of “condones.” But you’re right, the US allows it anyway.

Strong principles our Gov’t has! (Groucho Marx: “Those are my principles, and if you don’t like them… well, I have others.”)

I just returned from over 2 months in the Kingdom of Saudi Arabia. While there I met many Indians working there. Even more of the imported laborers are Filipinos and Pakistanis.

These people are not slaves and they’re not treated badly. On their own, they traveled to the Middle East to work. They regularly line up at the Western Union on Thursdays to send money home. They own their own restaurants. The sections of the city where they live are flooded in trash and filth. I have personally watched these people throw out their trash and empty plastic bottles. The sections of cities occupied by the citizens of these countries by contrast are immaculately clean and well kept.

Let no one peddle this article’s nonsense. Get a passport, get on a plane and go see for yourself.

The claims of slavery and mis-treatment are completely bogus.

Clients who were in Saudi and the Gulf States for as long as eight years rather than eight weeks tell stories similar to those in the article.

Taking someone’s passport when they arrive and forcing them to work 7 days a week for years isn’t exactly the slavery that Americans picture from their history books. Nevertheless, it is in fact slavery.

How many of the Indians in the Gulf are Muslim? In my observation, being Muslim doesn’t necessarily save someone from being treated poorly by a lighter-skinned Muslim population (e.g., black Muslims in Egypt).