$30 billion down the drain, into Swiss bank accounts and to pay terrorists. 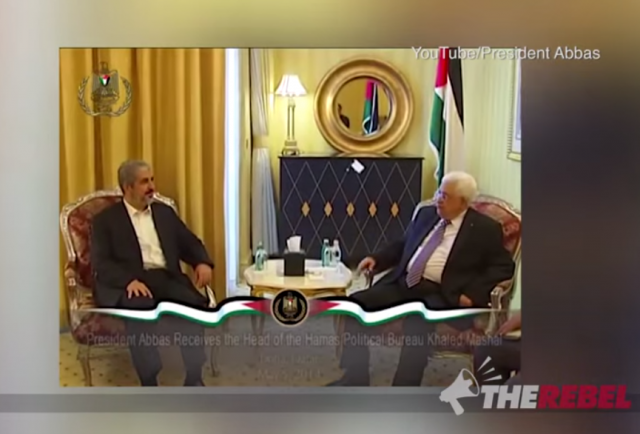 Palestinians are among the largest recipients of international aid, per capita, in the world.

Yet all we hear about is U.S. aid to Israel, which is entirely military and most of which comes back to U.S. companies because it is required to be spent on U.S.-made equipment.

International aid to Palestinians doesn’t come back to the donor countries. That includes an average U.S. annual contribution of $400 million. (pdf.) In fact, it doesn’t seem to go anywhere productive.

Why don’t we hear more about this?

Because there is no free press in any of the Palestinian controlled areas, or independent NGOs, like there are in Israel. Whereas Israel is under a microscope by dozens of NGOs and hundreds of reporters, Palestinian authorities — both the PA and Hamas — are beyond much Western scrutiny.

Canada-based Rebel Media has a great video report, Palestinian Authority has been given enough money to equal 15 Marshall Plans — with nothing to show for it:

Over the last 20 years, various countries, including Canada, have invested over US$30B in the emerging Palestinian state, with little to show for it. Calev Myers of the Jerusalem Institute of Justice explains why.

“The international community made a terrible mistake in 1994,” Myers says.

“In order to push for two states for two peoples, they recognized Yassir Arafat as the legitimate leader of the Palestinian people and helped him create the Palestinian Authority.”

Before Arafat came to power, much of the money for Palestinian health care and education came from private NGOs.

But starting in 1994, he asked international governments to give him the money directly to build infrastructure.

Instead he shut down clinics and left building projects abandoned.

The money disappeared. Where did it go?

Besides ending up in Palestinian leaders’ bank accounts, Meyers says it is also given to Palestinians “sitting in Israeli prisons for carrying out violent crimes against Israelis.”

These terrorists are even paid on a sliding scale depending on how brutal the crime was.

Wonder if they say “The great Allah provides?”

Beware. Speaking the truth is definitely not allowed these days.

What do they expect. Almost every Arab is as dishonest as Mohammad. He’s their role model. It’s so bad that the Arab Middle East is the only place that Hillary could win an honesty and trustworthiness poll.

Buying all those rockets, building all those tunnels and paying off the families of all those “martyrs” takes money, lots of money.

Tunnels? Those “tunnels” are infrastructure! They’re building subways for Palestinians who commute to day jobs in Israel! Granted, their jobs are kidnapping, murder, and suicide bombing, but hey, even terrorists need to make a living (or a killing).

” Why don’t we hear more about this?

Because there is no free press in any of the Palestinian controlled areas, or independent NGOs, like there are in Israel. Whereas Israel is under a microscope by dozens of NGOs and hundreds of reporters, ”

Basically the people in the West know little or nothing because their Westerm Media don’t want to cover it and the politicians who should be screaming about the misappropriation of the funds “donated” are silent.
From the time of Arafat some blogs discussed it and there was even an articleabout how the US taxpayer was funding Palestinian propaganda,

http://archive.frontpagemag.com/readArticle.aspx?ARTID=15718
” Your Taxes for PLO Propaganda “

I hope Europe pours a hundred billion dollars into that rathole. What’s the worst that happens? People in Europe go hungry? It’s a win win.