Border checks to stem the tide 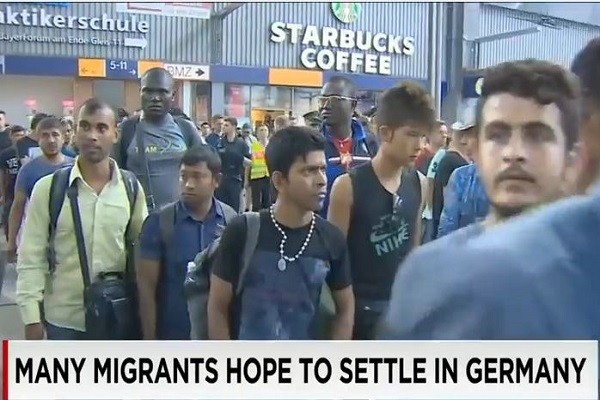 This weekend, Germany instituted controls at its border with Austria in an attempt to stem the flow of refugees into the country. They halted all inbound trains, and deployed riot police at entry points as officials attempted to maintain order; only those with “valid travel documents” were allowed to enter the country, prompting some commentators to lament at yet another dramatic change in Germany’s policy toward the ever-increasing wave of migrants seeking asylum in western Europe.

Today, however, Germany reversed its emergency protocols (which amounted to a 12-hour suspension of train access) and again allowed trains containing migrants to cross the border into Bavaria. Officials are now running offense against criticism that Germany’s attempt to control its border somehow amounts to a violation of its previous commitment to help those seeking asylum.

The temporary halt to train service was “not about a closing of borders and absolutely not a suspension of the basic rights to asylum,” Germany’s Vice Chancellor Sigmar Gabriel insisted, defending the weekend’s border controls in a letter to his Social Democratic Party.

Gabriel estimates the country will take in 1 million refugees from the Middle East, Africa and Asia this year. The number of people expected to seek refugee status has grown from initial estimates of 800,000.

“The great willingness to help that Germany has shown in recent weeks — by full-time employees and especially by the many thousands of volunteers — must not be overstrained,” added German Interior Minister Thomas de Maiziere.

De Maiziere isn’t exaggerating—German Chancellor Angela Merkel, alongside French President Francois Hollande, has been leading the push for an European Union-wide relaxation of strict asylum policies. Other countries, like Hungary (whose borders are currently inundated) and the Czech Republic have pushed back, saying that they’re not equipped to handle the sheer number of people currently seeking refugee status. Austria and Slovakia have reinstituted border checks in an attempt to control entry similar to Germany’s, and even Poland has vowed to crack down should they see a threat to national security.

As the EU attempts to tweak individual state policies governing the granting of asylum, President Barack Obama is fielding major criticism from human rights groups who say his offer to accept 10,000 refugees does far too little to address the crisis:

…even his own party colleagues in Congress are preparing to raise him tenfold, calling for the U.S. to take in 100,000 Syrians.

Republicans in Congress, meanwhile, warn that the U.S. isn’t nearly prepared to vet the refugees, and say radicalized Muslims are certain to use the program to try to gain a foothold in the U.S.

Trapped in the middle is Mr. Obama, who finds himself once again struggling with a migration issue and unable to satisfy either side.

Mr. Obama last week acknowledged the crisis as “not just a European problem, it’s a world problem” — but suggested the solution lies in a better response to the pressures that have pushed more than 4 million Syrians to flee their homes.

“The United States needs to do our share. I said that we should establish a floor of at least 10,000 refugees that we’re willing to accept, and cut through some of the bureaucracy and red tape to do that,” he said at a Sept. 11 commemoration event. “Ultimately, though, as you well know, it is really important for us to go to the source. This refugee crisis is prompted by the collapse of governance in Syria and the growth of [the Islamic State] and the cruelty that Assad is perpetrating on his own people.”

Political divides on both sides of the pond are dictating the conversation on how to manage the crisis. We’ll keep you posted on the rapidly evolving situation in Europe, and on how US officials (and presidential candidates) respond to growing calls for America to welcome asylum seekers.

Wow, Syria is sure a diverse nation! Just look at that group. Why I would guess those people came from all over the ME and Africa not Syria but what do I know?

Do I see all young males of just the right age to be soldiers?

Odd that the compassionati of Europe apparently aren’t wondering why the women and children and old people didn’t feel a need to flee from the horrors of war.

Germany has a shortage of young workers. From the photographs ALL the men seem to be in their 20’s. And, middle class! The real problem is Islam.

What if what we see is only temporary? Germany’s bigger problem is two-fold. The babies that become anchor babies and are dropped by as many females as you males?

Israel is finally building it’s border wall with Jordan. Since palestinians have been piling into Jordan, which is a majority of palestinians, anyway.

Donald Trump is right! You must build border walls. Or you are constantly under pressure of arriving migrants. By sea is more difficult than by foot.

Keep in mind, too, that it’s the smugglers who are profiting the most.

What’s at stake? Merkel’s reputation. (Hollande is known as a foolish lightweight.) Funny, obama already has his Nobel. So is Merkel aiming to get one? It’s from Brussels that all European politics is controlled. Ugly people with enormous political powers, and absolutely none of them has ever been elected to office.

If what Germany needs are able-bodied men with semblance of education, they could bring a million of them from Ukraine. Could get some women that fit the bill, too. As a bonus, they are more attractive…

I continue to wonder out loud, why on earth would people assume a refugee is there to get a job? If they’re refugees, they have a right to public assistance. The UN insists as much. European leaders insist as much. Why would they bother to get real jobs to anywhere near the degree a Merkel would desire? Great for those who do. But still.

Who knew that insanity was contagious as well as genetic?

America needs to take 100,000 German refugees. That way there would be room for the Muzzies coming into Germany.