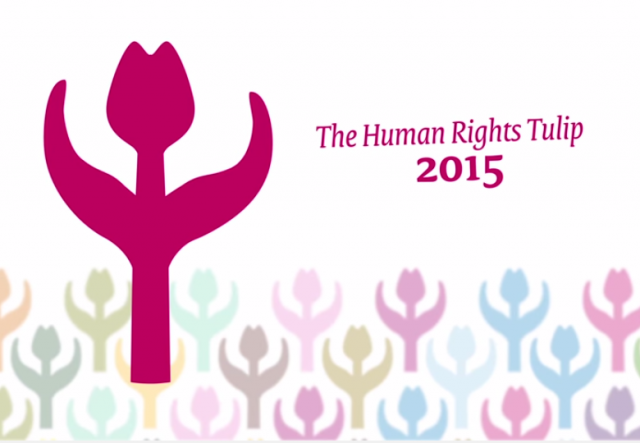 Anyone who knows anything about internet polls and surveys knows that they are not scientific.

And they can be the most democratic (small “d”) of votes — he who gets out the vote wins. Kind of like the Iowa Caucuses.

B’Tselem is a left-wing Israeli “human rights” Non-Governmental Organization (NGO) that receives foreign funding to expose Israeli problems. It is typical of dozens of such NGOs, but to an extreme, as documented in depth by NGO Monitor and it’s principal Prof. Gerald Steinberg.

We have cited NGO Monitor’s studies many times here, because the research is so in depth. Check out NGO Monitor’s page on B’Tselem and the many reports linked there.

So, needless to say, B’Tselem and NGO Monitor have issues with each other.

B’Tselem recently entered to collect the 100,000 Euro prize in the Human Rights Tulip contest funded by the Dutch government. It’s public voting, but the rules seem murky and open to allowing the contest “jury” to decide contrary to the public vote.

But the vote is important, and B’Tselem and its supporters promoted its entry, trying to get people to vote for it.

We are proud to be nominated to #humanrightstulip. Your vote can help us get it: http://t.co/gmHQRo9ffH pic.twitter.com/5NVqE9h4jq

B’Tselem jumped out to an early lead:

But NGO Monitor pointed out that B’Tselem not only was running for foreign money to bash Israel, but appears to have used deceptive advertising by tailoring its messages differently in English and Hebrew.

All this attention led to a surge in voting for a human rights activist in Myanmar:

So @ngomonitor now openly endorse the manipulation of the voting for the Tulip award. @GeraldNGOM, any more hasbara talking points to share?

To which Steinberg, NGO Monitor and supporters responded: Democracy!

Seriously? You are complaining about "sabotage" of an internet poll? Get a grip. @HagaiElAd @btselem

And B’Tselem is appealing to the internet for Help!

Voting is open until September 16, 2:39 CEST. B’Tselem is losing, though making an effort to catch up: 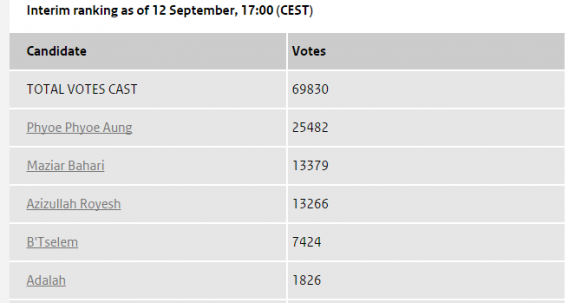 We don’t have a dog in this fight, but just saying that if you wanted to vote for Phyoe Phyoe Aung, a true human rights fighter, you can vote here. 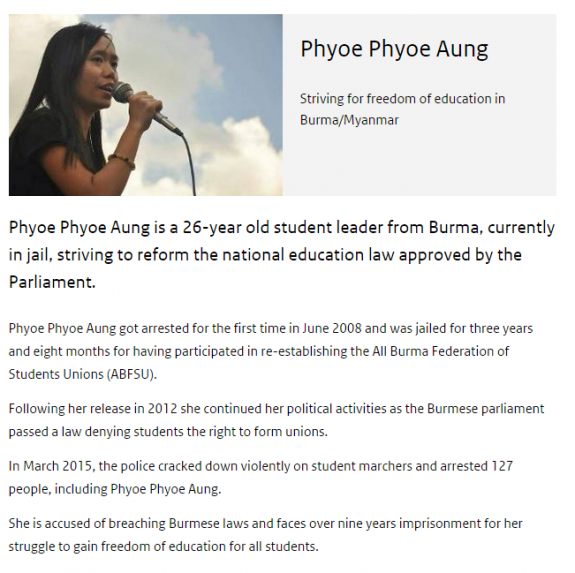 I would vote for B’TSelem, for the “MPCBL” award.

1. From Rotter News: “The Betzelem organisation is leading in the Dutch government contest, and stands to win 100,000 euros, unless….”

2. From Gerald Steinberg: “Betzelem calls to the public: help us buy a prize from Holland, but they are not succeeding.”

4. Steinberg’s tweet from 5:37AM is the same as his earlier one.

It’s a real pisser when your plan to swamp the voting and snatch the prize gets found out, co-opted, and beaten.

Couldn’t have happened to a more deserving bunch of leftist slime.

The Human Rights Tulip should be awarded to Planned Parenthood and other pro-choice groups for their meritorious service to humanity.