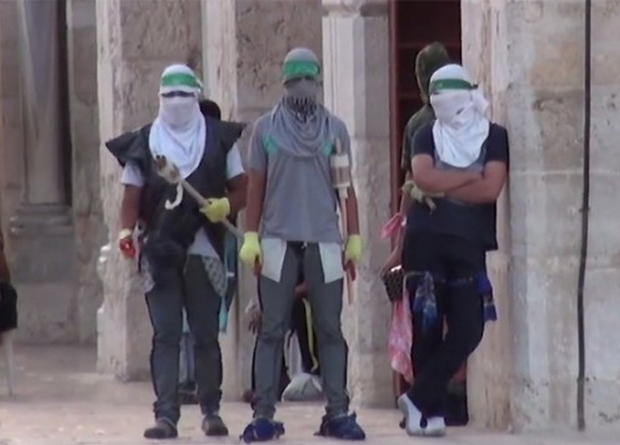 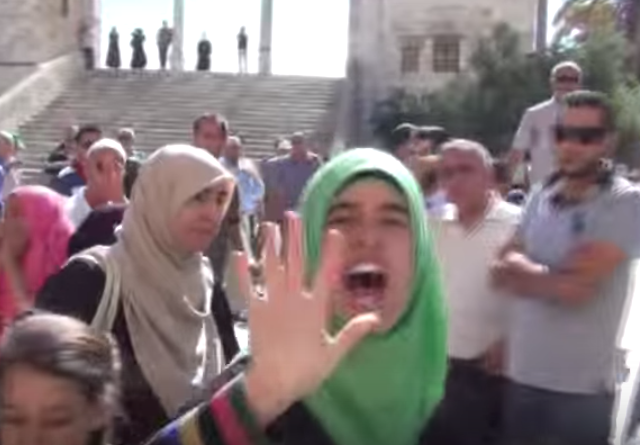 As we noted, while the new policy comes as a welcome move for many devout Jews and Christians, merely banning some abusive hecklers from the sacred site does nothing to change the more pernicious problem: the flagrant disregard for religious pluralism and tolerance exhibited in the rhetoric and policies of the site’s Muslim authorities.

Since it wasn’t yet being reported in the MSM, we were unaware that at that very moment Israel’s police and security forces were executing an operation in east Jerusalem in an attempt to avert a planned attack on Jewish worshippers ahead of the Jewish holiday of Rosh Hashanah (the Jewish New Year, which begins tonight).

According to media reports released this morning (EST) and throughout the day, Israel’s security forces were searching for explosive devices that were believed to be hidden in east Jerusalem on Saturday night.

According to the police, a group of protestors aimed to “disrupt the movement of Jewish visitors to the compound” via an organized riot, thus preventing the Temple Mount from being opened to non-Muslim visitors on the eve of the holiday.

Information gathered by Shin Ben (Israel’s domestic intelligence agency) and police forces showed that the suspects—masked Arab men—had escaped to the Temple Mount, where they barricaded themselves in the al-Aqsa mosque, setting up road blocks to avoid arrest.

In the wee hours of Sunday morning, Israeli forces orchestrated a surprise attack on the Temple Mount compound. The suspects responded by throwing rocks at the police forces and setting off fireworks. Police forces managed to remove the barricades and Jewish visitors and tourists were then allowed to enter the holy site as scheduled today.

Later today, in statements and images released by the Israel Police, it was reported that pipe bombs were discovered in the mosque.

These are the homemade pipe bombs Palestinian rioters were preparing to throw today on the Temple Mount. pic.twitter.com/QyKKnlyJCe 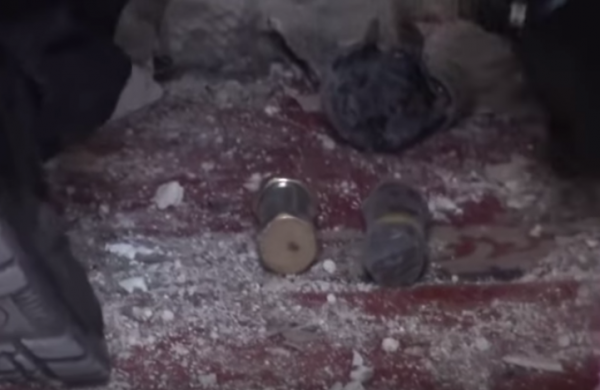 Here’s a video released by the police which shows masked Palestinians preparing for a showdown:

Jordan and the Palestinian Authority slammed Israel for this “aggression against the faithful”.

Even the Egyptian Foreign Ministry weighed in with a condemnatory statement.

The whole episode gives us a strong sense of déjà vu.

As we discussed in an earlier post, a very similar situation occurred in advance of the fast day of Tisha B’Av this past July, where a planned violent attack on Jewish worshippers was also thwarted after Palestinian terrorists holed themselves up in the al-Aqsa mosque.

Then too the Jordanians and the PA blamed Israel for carrying out an attack on the mosque. And instead of condemning the perpetrators, they chastised the would-be victims—primarily religious Jews who just want to pray there—for “provoking” Muslims to violence.

For those who don't recognize it, this is a Jew being assaulted as he runs through Jerusalem Old City market https://t.co/AYrcXyl6ce

In our post from yesterday, we came down hard on the Israeli police who are notorious for treating non-Muslim visitors to the Temple Mount with disdain. As we discussed, many Jewish visitors feel as if the Israeli “police work for the Islamic Waqf, which manages the site, and not for the citizens of Israel.”

But as we also noted, “the police are often caught between a rock and a hard place—they’re trying to protect visitors while minimizing the possibilities for things to get out of hand.”

Today, the Temple Mount’s faithful need to give the police credit where credit is due. Their swift action saved lives.

As noted in a statement released by interim police chief Bentzi Sau, a preemptive operation by the Jerusalem District police, based on sound intelligence, “prevented in a timely manner an extreme and dangerous attempt to harm human life and undermine stability and order on the eve of the holiday”.

The discovery of the homemade explosives prompted Public Security Minister Gilad Erdan to warn today that Israel would review the “status quo” arrangement on the Temple Mount: “It is unacceptable that Muslim rioters who barricaded themselves during the night on the Temple Mount can, at will, turn this holy site into a battlefield”.

Storing weapons inside the Al-Aqsa mosque and turning the Temple Mount into a battle zone. Tell me more about how holy this site is for you!

In yesterday’s post we highlighted how this nearly five-decades-old bizarre “status quo” arrangement on the Temple Mount has resulted in a wacky situation where people are arrested just for sipping water or for moving their lips in prayer.

Now it’s meant that one of the holiest places on the planet is also turning into a war zone.

Miriam F. Elman is an associate professor of political science at the Maxwell School of Citizenship & Public Affairs at Syracuse University. She is co-editor of the book, Jerusalem: Conflict and Collaboration in a Contested City, published last year by Syracuse University Press

Small comment. Why is it assumed that the site is so holy that violence against unbelievers is considered a bad thing? Isn’t it the other way around? Re: the last Andreas comment quoted.

Much kudos to the police for having saved lives, in both the short term and the long-term, since an uglier flare-up would not have done much for peaceful relations.

Laugh at me if you must but I am being to believe we are living in the end times. I know many have said that before throughout the ages but I don’t think it can get much worse than it has the potential for being right now. If the US fails, the world is done.

At Rantburg we frequently note that it seems that the most frequent use of a mosque in the Middle East is that of an armory. Storing pipe bombs in the Temple Mount? Yeah, we’ve seen that…

Israel was stupid to turn Temple Mount over to Muslims to manage. What kind of idiocy is that? What is wrong with the Israeli government bowing to Islamic supremacy this way? Muslims want to kill you whether you give them access to Temple Mount or not. Everyone in the world knows that Temple Mount is Jewish. Every Jew knows it. Every Christian knows it. Every Muslim knows it. The difference is Muslims are triumphalist liars who are always looking to eradicate any traces of other people’s civilization and culture. Why has Israel let them get away with it for so long?

Hell, they can only get mad once. So who cares if they stay mad? They’re still mad at Spanish Catholics for kicking them out of Spain, for goodness sake. So, blow the hell out of that abomination of desolation called a mosque on Temple Mount. What they gonna do? Kill Jews? Fire rockets on Israel? Send suicide bombers? Set IED’s? Stab Israelis in their beds? Use cars as weapons? The only thing Muslims understand is a good kicking. Give them what they want, like Jefferson did, and they will leave you alone for a couple hundred years.

Learn something from history, Israel!

“Now it’s meant that one of the holiest places on the planet is also turning into a war zone.”

I submit to you, that when an entire Culture considers War a Holy thing, their Holy places will be war zones. Ignoring this logic ensures your status as a Victim.