Has Obama Widened the Racial Divide?

Has Obama Widened the Racial Divide? 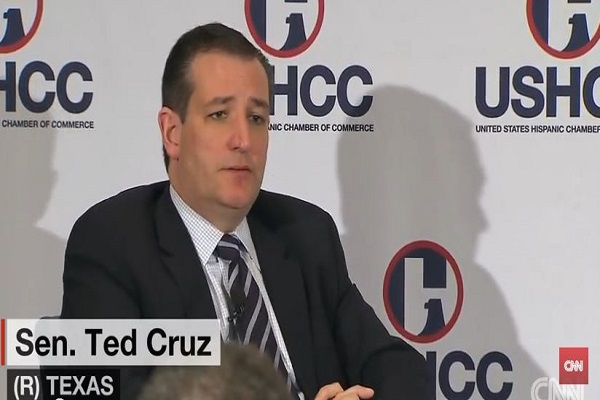 A new poll by Rasmussen asks the question: has Obama widened the racial divide?  And 47% believe that he has.  Rasmussen reports:

Americans hoped the election of the first black president in 2008 would help heal the racial division that has plagued this country for much of its history, but nearly half of voters think just the opposite has occurred.

Only 20% of Likely U.S. Voters believe President Obama has brought Americans of different races closer together, according to a new Rasmussen Reports national telephone survey. Forty-seven percent (47%) think Obama has driven those of different races further apart instead. Twenty-seven percent (27%) say his words and actions have had no major impact either way . . . .

Since his the “police acted stupidly” response to the 2009 arrest of Henry Louis Gates, Jr., Obama’s comments have raised doubts among police officers about his role in “making it harder for police to work with people of color.”

Cruz addresses the way that much of the vilification is directed at police officers and says that Obama has “inflamed racial tensions” and “divided us rather than bringing us together.”

Perhaps the most visible manifestation of racial division these days is the growing tension between the police and black Americans, especially those in the inner city. Following the recent murders of police officers in Texas and Illinois, 58% of voters think there is a war on police in America today.

Some have criticized the president for his comments about the police following incidents involving white police officers and black suspects. Sixty percent (60%) of voters believe comments critical of the police by some politicians make it more dangerous for police officers to do their jobs.

Obama stated in December of last year that he believes he’s improved race relations and that the situation between law enforcement and their communities “probably is healthy” (this with a direct reference to Ferguson).  From an NPR interview:

Is the United States more racially divided than it was when you took office six years ago, Mr. President?

I mean, the issue of police and communities of color being mistrustful of each other is hardly new; that dates back a long time. It’s just something that hasn’t been talked about — and for a variety of reasons.

In some cases, something as simple as the fact that everybody has cellphones now so that you can record some of these events, you know, it’s gotten a lot of attention; I think that’s good. I think it then points to our ability to solve these problems.

It’s understandable the polls might say, you know, that race relations have gotten worse — because when it’s in the news and you see something like Ferguson or the Garner case in New York, then it attracts attention. But I assure you, from the perspective of African-Americans or Latinos in poor communities who have been dealing with this all their lives, they wouldn’t suggest somehow that it’s worse now than it was 10, 15 or 20 years ago.

While as Cruz notes Obama could have been a unifying figure for race relations in America and Obama apparently thinks he has been, it seems that a large percentage of Americans believe he’s had the opposite effect.

I agreed while I was reading the article, but on second thought, Obama appears to have been crucial in creating black conservatives and driving them off the Democratic Plantation.

We won’t know until after the 2016 election, but this administration has been so bad for black families, and its racial politics so destructive in places like Ferguson, Baltimore, and New York City, that black people of ordinary authority are speaking up.

Sometimes, we learn faster from failure and disappointment.

I have hopes for a balanced budget, a more knowledgeable foreign policy, generally improved competence in governance, equal protection under the laws, and a less-hampered economy.

Not enough black conservatives to matter, and plenty of those black “conservatives” are just as racially motivated as any Democrat. If the Republicans get things going again those same blacks will forget who accomplished it and defect to the Democrats in droves. I guarantee it.

When you send several representatives from the White House to attend the funeral of a thug who assaulted a cop and tried to take his gun (presumably to kill him), you really should not be surprised about the increasing racial divide in this country.

“Has Obama widened the racial divide?”

The Obama admin is “The Wall” between races.

Of course he has.

Pay no attention to how he spins it, what his words say.

He knows full well it is worse, more volatile, and he is fueling it.

The narcissist that is in the White House may delude himself that things are somehow better today…..but it’s pretty clear he has taken us back to the 1960’s and 1970’s – by design.

Claims about Obama not being a U.S. citizen began as soon as he was elected, a falsehood prominently disseminated in the right wing media for years.

As usual, you are wrong. Those allegations began BEFORE he was elected with Deemocrats, who spread them.

Not that that has crap to do with Barracula being a racial exploiter and divider.

Ragspierre: Those allegations began BEFORE he was elected …

Nevertheless, it shows that the racial problems were not due to the actions of Obama, but were festering problems that were exposed by the election of the first African-American president. These false claims were widely disseminated in the right wing echo chamber, including by prominent elected officials, and by major media, such as Fox News.

But they ALSO had nothing to do with race. YOU are the racist imposing that mask on issues of citizenship.

Ragspierre: But they ALSO had nothing to do with race.

Sure. That’s believable. He’s not a ‘Merican, but a Kenyan infiltrator. The key points:

The conclusion follows that racial tension was festering long before Obama, and was only brought to the fore by the election of the first African-American president.

Your conclusion is based on your false premises.

AND you are simply attempting to divert AWAY from the thread topic, which is about how MUCH WORSE Barracula and his outlaw gang have made race relations in the U.S. during his regime.

Which they demonstrably HAVE.

The question was “Has Obama widened the racial divide”, not did he create it. I strongly believe he widened it.

Our position is that the racial divide was already wide, but exposed to the light by the election of an African-American president. We provided support for that position.

Regardless of how narrow or wide it started, did Obama widen it? I believe yes, he did.