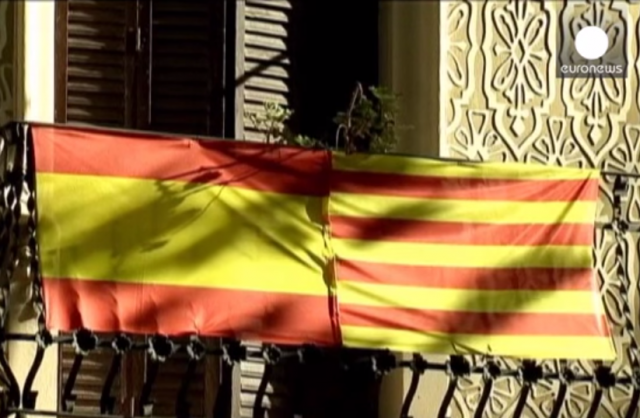 The Catalonia region of Spain is voting today in local elections which, while not directly an independence vote, are considered a proxy for independence support.

Background on Catalonia and Spain is explained in this English-language Spanish website, An historical look at the drive for an independent state of Catalonia.

This Vox-like Spanish website has a series of “cards” explaining what is going on, Catalonia explained in 21 cards.

More than five million Catalans are expected to go to the polls for today’s Spanish local election which could lead to a push for independence in the north-east region.

Opinion polls are predicting that the majority of seats in the local Parliament will be won by pro-independence parties, which may force a vote on a referendum.

Secessionists have long pushed for an independence referendum, but Spain’s central government has not allowed one, arguing it would be unconstitutional because only it can call such a vote.

Sunday’s election is for Catalonia’s 135-member Parliament, located in the region’s capital Barcelona.
Secessionists argue that if they win 68 seats, the result would give them a democratic mandate to initiate a split from Spain that could include a unilateral declaration of independence.

The central government of Prime Minister Mariano Rajoy says it will use all legal means to prevent Catalonia from breaking away, an exit European leaders warn would include ejection from the European Union.

Polls have forecast a slim win for the pro-independence parties. But they also indicate that the leading bloc of separatist parties ‘Together for Yes’ will likely need the support of the extreme left-wing CUP to cobble together a majority of seats needed to launch their push to sever century-old ties with the rest of Spain.

We will update when vote results are known.

Separatists have won a clear majority of seats in Catalonia’s parliament, preliminary official results showed on Sunday, in an election that set the region on a collision course with Spain’s central government over independence

“Catalans have voted yes to independence,” acting Catalan regional government head Artur Mas told supporters, with secessionist parties on track to secure 72 out of 135 seats in the powerful region of 7.5 million people that includes Barcelona….

The main secessionist group “Junts pel Si” (Together for Yes) was on track to secure 62 seats, while the smaller leftist CUP party would get another 10, according to official results with 97 percent of the votes counted.

They would jointly obtain 47.8 percent of the vote, on a record turnout of 78 percent — a big boost to an independence campaign which has been losing support over the last two years.

After the government’s lame response to the 2004 al Qaeda train terror bombing, I’d be ashamed to continue any affiliation with Spain. Is Catalonia, being a northern province, less Islamified than the southern and central portions of Spain?

{cough, cough} Catalonia is the eastern province of Spain.

Good for Catalonia. I’m jealous. I think all our countries have gotten to big for their britches. Kinda like all our big businesses should be busted up. I wish that the South and Mid West could split off from the North East and California and become our own nation.

More Islamified, from what I’ve read on Gates of Vienna, Gatestone Institute, and a few other sites…to the extent that if it gains independence, Catalonia would have the 3rd highest percentage of Islamic population in the EU region (behind France and Belgium.) In raw numbers, Islam is not a high percentage of the entire population (I recall maybe ~7%?), but in some Catalan cities Islamic population reaches 40%.

It seems an independent Catalonia may be seen as symbolic to Islam though…such that in exchange for Islamic believers in Catalonia supporting independence in the referendum, the Emir of Qatar has pledged >2 billion euros to convert an iconic century-old bullfighting ring in Barcelona (where I watched bullfights when vacationing with my family as a young child in the ’60s) into the largest mosque in Europe (and 3rd largest in the world behind Mecca and Medina.) It would be completed with a towering 300m minaret which would hover over the city. I certainly have no large knowledge of Islam, but such a commitment seems to infer a symbolism that far exceeds an Islamic population in Catalonia of less than half a million people (again from my recollection).

Sorry, my reply above is to Skookum.

Many of us in the South would love to have our freedom and independence as well. The US is a true tyrant and is actively trying to destroy our culture and heritage.