Everyone has their thing 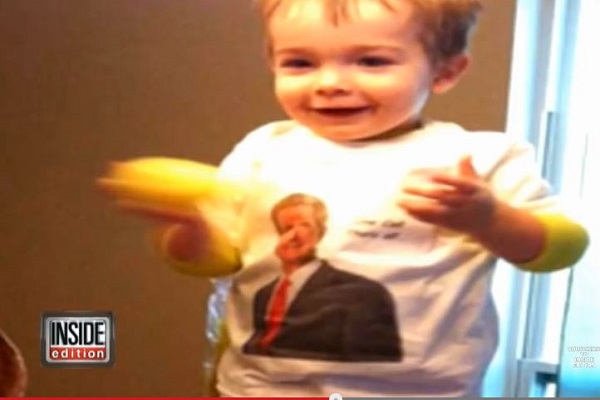 While most toddlers celebrate turning two with animated character-themed parties, some are more interested in personal injury lawyers.

According to the WSJ:

Mr. Bart is a familiar face in Louisiana thanks to his ubiquitous TV ads and a firm motto that would make Saul Goodman proud: “One Call, That’s All!”

Maybe it has to do with the flashing lights and music featured in the spots, but Grayson can’t stop watching his ads, said Ms. Dobra, a nurse from Prairieville, La.

For your convenience and immediate attention, call

Fixed that toll free number for ya’ Bart..

Okay… I’m laughing, but with a horrified expression on my face.

For a few bucks spent on trinkets and bling, the law firm gets a million dollars worth of advertizing.

When I was growing up we didn’t have theme parties, we just had parties. If a 2-year-old is to have a theme party, it might well be lawyer-themed.

My news feed for legalinsurrection recently started displaying only the first sentence of posts.

Is that a bug or a feature?

We turned the RSS feed into “summary” rather than “full” because several websites were scraping our content from the RSS feed and taking our entire posts and reposting them, which is not proper but rather than getting into legal fights, it was easier just to shut off their source. Hopefully that will not cause any readers problems.

Aha! I thought it must be something like that.

If there were “next” and “previous” buttons on the pages for postings, I would be extremely happy. I’m already very happy.

New Orleans business owners would do well to ban this kid and his family from their property.

These people are lawsuits just looking for a place to happen.

Allowing a two year old to watch that much television is shameful anyway.

Really scraping the bottom of the barrel now, aren’t we?

If you’re referring to story selection, I agree.

2. the lawyer’s PR firm has hit it’s mental target demographic right between the eyes, and

3. when I was a toddler (the story is famously told in my family) on a grocery shopping trip with my mom, I man-handled (OK, toddler-handled) a six-pack of Schlitz beer into the cart in which I was riding. When we go to check-out, my mother was confused about where that beer had come from, and asked the sacker to take it back to the shelves. Whereupon, I stood up and declared in my loudest voice, “Gemme back my Schlitz!!!”.

Mine was the first generation raised with a TV as a baby-sitter. I knew the Hamm’s beer jingle by heart, too, and fondly remember the canoe-paddling bear who sang it. I’ve had a keen appreciation for the power of marketing every since…

b.) After 10 YEARS, I just recently, finally, got my wife to stop asking me “what is a tort again” and thinking of a cake every time I mention torts in my case reading or being committed by or against my clients.