Republican Debates in One Bumper Sticker

Republican Debates in One Bumper Sticker 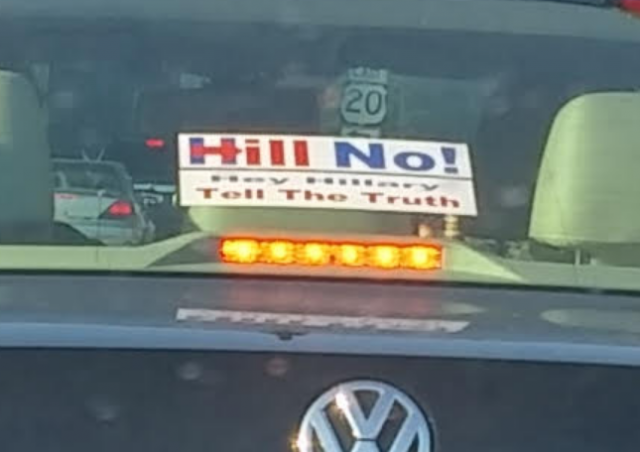 Just caught this on my way to work this morning.

Being in northern Illinois, it’s not unusual to see cars with Wisconsin plates.

But I’m betting this guy wasn’t from Madison ? 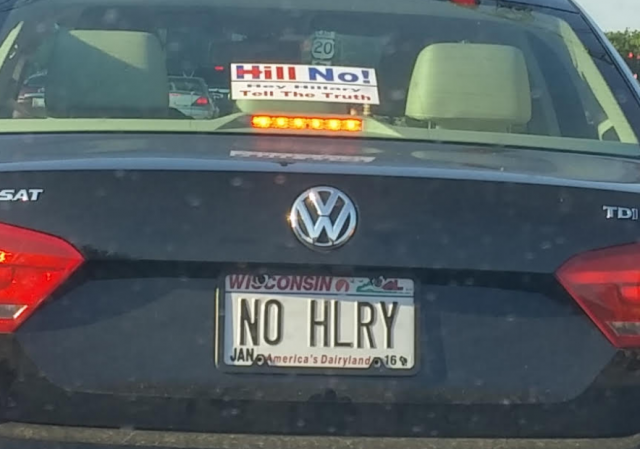 Things that make you go hum………

“Hillary marriage ‘is a total fake’: Secret Service expert claims Clintons have ‘business relationship’ for benefit of her presidential campaign

Hillary Clinton’s marriage is ‘fake’, an expert on the Secret Service claimed
Ronald Kessler said Clintons have ‘business relationship’ for their careers
He also claimed Mrs Clinton treats those beneath her with ‘contempt’

He also claimed that Mrs Clinton, the leading Democratic Presidential candidate, has disdain for ordinary people and treats those beneath her with ‘contempt’.

Mr Kessler has written 20 books about the Secret Service, the FBI and the CIA and is a regular contributor to the Washington Post.

He broke the story that agents working for President Obama used prostitutes whilst on official business in Colombia.

All of which has been fairly common knowledge since Slick Willy first ran for POTUS back in ’92. Their union was established for political expediency, nothing more. I’d be willing to bet actual money that sexual relations between the two of them disappeared forever on the day the politically necessary child was conceived.

He has nothing to worry about.