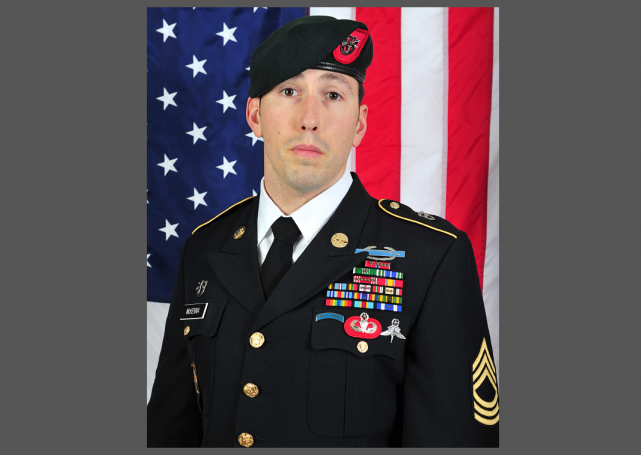 There I was, minding my own business on Twitter, when Kurt Schlichter retweeted this tweet and it hit me in the gut:

What jumped out at me was not just that another American soldier was killed in Afghanistan. It was his hometown, Bristol, Rhode Island.

As readers know, I used to live in Rhode Island (where we would be when law school was not in session) until two years ago, when we relocated full time to Ithaca. But Rhode Island emotionally is still home.

Bristol was just two towns over from where we lived, and it was an easy bicycle ride on the East Bay bike path from Barrington. We often ate in Bristol, or cycled to Roger Williams University (where I taught for a semester) or along Poppasquash Point. Bristol has the oldest continuous 4th of July parade in the nation.

While Bristol wasn’t home, it was part of home.

McKenna is a pretty common name in Rhode Island. So while we didn’t know Andrew McKenna or his family, we probably knew someone who knew them.

The East Bay is mourning the loss of a local hero. First Sgt. P. Andrew McKenna of Bristol was killed while fighting in Afghanistan Friday.

McKenna, a Special Forces soldier, died in a suicide bombing attack. It was one attack in a series that rocked Kabul, leaving more than 40 people dead and more than 300 injured. The Taliban has claimed responsibility for at least two of the bombings.

McKenna was recently recognized for having traveled the furthest distance to be at the 2015 Bristol Fourth Of July Celebration….

“First Sergeant P. Andrew McKenna served our nation with distinction. All Rhode Islanders are grateful for his service, and our prayers are with his family and loved ones. We have lost a patriot and a hero.”

In recognition of his sacrifice, and of his family’s sacrifice, the Governor is ordering the Rhode Island flag be flown at half staff beginning Tuesday through First Sgt. McKenna’s services.

An Army Green Beret from Rhode Island was killed in Afghanistan just a month after he was honored at the historic Fourth of July parade in his hometown of Bristol.

The 7th Special Forces Group to which he was assigned said Sunday that Master Sgt. Peter Andrew McKenna Jr., 35, died Friday in Kabul during an attack on a NATO facility. The Pentagon said he was struck by enemy small arms fire.

McKenna, a 17-year Army veteran, had also served in Iraq and been awarded the Bronze Star with V device for heroism in combat operations, as well as the Meritorious Service Medal and the Army Commendation Medal. He was serving at the operations rank of 1st Sergeant during his deployment in Afghanistan.

May God bless and protect his soul on its journey home.

Condolences to his family and friends.

Thoughts and prayers for the McKenna family. Rest in peace Sgt McKenna.

To the family of Sgt. McKenna, thank you, God Bless you, and deepest condolences, on behalf of true American’s everywhere.

Sgt. McKenna, Stand down soldier, you are relieved. Rest until we see you again.

Prayers for the family. May God bless and comfort them.

“de oppresso liber” To free the oppressed.
Final PCS. Go to the head of the line.

We can’t afford to lose great Americans like these.

Obama: “Was he black or white? What was he doing in Afghanistan, anyway? Is the jet ready for Martha’s Vineyard?”

This quote is worth repeating here:

“Never in the field of human conflict was so much owed by so many to so few.”
– Prime Minister Winston Churchill

God grant you His eternal peace Sgt. McKenna.
Thank you for your service and for your sacrifice on my behalf.