Quebec Bill Targets People Who “Write Against the Islamic Religion”

Quebec Bill Targets People Who “Write Against the Islamic Religion”

Free speech under attack throughout the western world 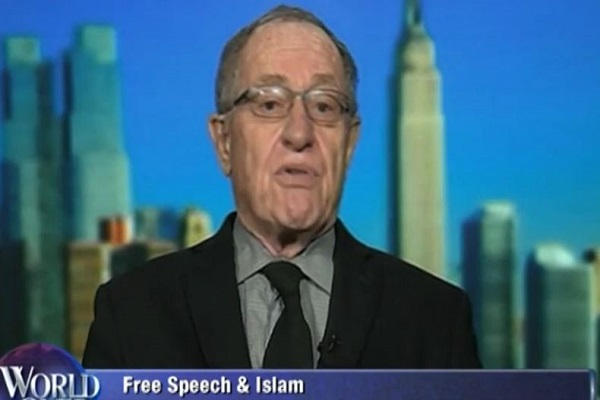 International support for blasphemy laws has been growing in recent years with Muslims pushing for them in Europe and Obama seemingly advocating for them at the U. N. In Quebec, a bill has been introduced that will target those who “write against the Islamic religion.”

“Bill 59 assigns new powers to the Quebec Human Rights Commission (QHRC) to combat hate speech, as well as a variety of other provisions meant to protect against extremism, by censoring speech that promotes ‘fear of the other.’ Ominously, the bill would allow the QHRC to pursue websites that in its estimation describe and denounce Islamism….Jacques Frémont, the commission’s president, explained that he planned to use the requested powers to sue those critical of certain ideas, ‘people who would write against … the Islamic religion … on a website or on a Facebook page.’”

Come and get me, coppers. Bills like this effectively stifle honest discussion of how jihadis use the texts and teachings of Islam to justify violence and supremacism, and to make recruits among peaceful Muslims. Legislation of this kind reveals why Islamic supremacist groups such as Hamas-linked CAIR and the purveyors of the “Islamophobia” myth so assiduously and relentlessly label any opposition to jihad terror and any discussion of its motivating ideology as “hatred”: they know that understanding of the importance of the freedom of speech is breaking down in the West, and the concept of “hate speech” is gaining wide acceptance among people, especially young people, who don’t realize what a weapon that concept would be in the hands of the powerful to silence dissent. They know that Useful Idiots like Jacques Frémont are busy helping them remove obstacles to their ultimate goal, and so they pat him on the back applaud his “resistance to bigotry.”

Social media users would not be the only target of this bill.  The National Post has more:

The details of Bill 59 are chilling. Article 6 would “give the QHRC the power to initiate legal proceedings before the Quebec Human Rights Tribunal without having to wait for complaints from the public.” Article 3 allows members of an identifiable group as well as people outside the group to make complaints triggering suits for hate speech before the Quebec Human Rights Tribunal.

If this has a déjà vu quality to it, it should. Bill 59 would pave the same well-travelled road to suppression of speech and opinion that led, via the similar Section 13 of the Canadian Human Rights Act, to the infamous pursuit of journalists Mark Steyn and Ezra Levant by Muslim activists determined to stifle normative expressions of opinion. The public’s disgust at such bureaucratic despotism happily led to its repeal at the federal level.

While this is taking place in Canada, it’s worth noting that a 2014 poll showed that here in America 51% of Democrats support criminalizing hate speech (i.e. blasphemy against Islam and other “others”).

In 2014, Senator Ed Markey (D-MA) introduced “legislation to examine the prevalence of hate crime and hate speech on the Internet, television, and radio to better address such crimes.  The Hate Crime Reporting Act of 2014 (S.2219) would create an updated comprehensive report examining the role of the Internet and other telecommunications in encouraging hate crimes based on gender, race, religion, ethnicity, or sexual orientation and create recommendations to address such crimes.”

While the bill died in committee, the rise of blasphemy laws in western nations is worrying for those who support freedom of speech.

Yes, Canada has problems with this “hate speech” issue. But coming from Quebec this is no surprise. There, hate speech is already on the books as anything spoken or written in English. Note: Even in Paris, the stop signs read “Stop.”

“Note: Even in Paris, the stop signs read “Stop.””

You sure? As I recall they read “arret”.

I was in Ottawa a few years ago and I took some bus tours. We crossed over into Quebec and the Ontario bus driver made a point of telling us that the stop signs in Quebec only said “Arret” and that even the French don’t go that far.

Also, IIRC, the Quebecois forced the government to install bilingual stop signs in the rest of Canada, at least in the English speaking areas close to Quebec.

I would say that the Quebecois are pretty much universally disliked by the rest of Canada.

Barry, my somewhat abbreviated comment was meant to illustrate that the Quebecois try to out-French the French. AFAIK, Quebec is the only place in the world – including France – where the stop signs say “Arrêt”. The draconian and totalitarian language police state they’ve instituted there already considers English to be hate speech, by definition.

Oh, I got your point. I’ve been in France many times and just didn’t remember the signs staying “STOP”. But you were correct, I searched it and found it. So, it was those luny Quebecers that cause all the problems…

No, they don’t say anything, because Paris has no stop signs.

No, they don’t say anything, because Paris has no stop signs.

Of course this works both ways. Islamists would no longer be able to call for the death of infidels on social media.

Excuse me, now I have to go feed my unicorn.

You’re assuming, of course, that non-Islamists retain any right to not be the subjects of “hate speech” under this law.

That was not stated, so it should not be assumed. Observant Christians are, officially or unofficially, treated as a hated minority.

Additionally, don’t forget that under Islam, calling for the end of “infidels” is part and parcel of their religion; to classify that as “hate speech” is to say they can’t practice their rituals in accordance with their faith.

Isn’t this one of the reasons for the War of Independence? What was it all for if we allow such horrible loss of freedoms to this bunch of camel jockeys. And who would be the arbiters of “Hate” who got to decide if what we said was truly hate or not? This isn’t a slippery slope, this is a precipice!

Ah, yet another issue from liberals that’s cause for civil war. We’ll put it on the shelf next to the banning of gun ownership.

But Henry, wouldn’t governing be a whole lot easier for the bureacracy if the citizenry could neither complain about them nor shoot them? Sounds like pure efficiency to me.

One would hope that the Lieutenant Governor would refuse to give Royal Assent to such a bill. But you never know.

You mean I could no longer use the terms “raghead” or “goat f***er”? I would be made incapable of talking about muslims.

Abortion, death panels and now “hate speech” fatwas-“One day in the life of a North American”.

“Ideas are far more powerful than guns. We don’t let our people have guns. Why should we let them have ideas?” ― Joseph Stalin

We either have free speech or we don’t. Good to temper that with manners……but don’t tell me what I can’t say or think.

When will they write a bill that protects Jews and Christians against Islamic hate speech and writing? In other words, when will they ban the reading and teaching of the Koran?

While I take Judaeo-Christianity very seriously, anybody who wants to revile it is free to do do. Knock yourselves out. I won’t stone, kill, burn you out, froth at the mouth, shout death to infidels, strap on a bomb vest or engage in other such asinine behavior. It’s not that I don’t care. I do. However, my job us to tell you Christ died for you; it’s not to kill you. Moreover, the Judaeo-Christian God is big, and He has a rock solid reputation for taking care of Himself. He gives everyone the opportunity to repent, and He will punish me for killing you for your blasphemy.

So, the idea that Quebec wants to suppress anti-Islamic speech is laughable and sad. Laughable because if the god of Islam is the true God then let him defend himself. If he is really God, he won’t need anybody to kill for him. Sad because PC-madness has gained control of the West, and we are throwing away the freedom that is our inalienable right received from the hands of the Creator God revealed by the TNK-NT of Judaeo-Christianity, and putting ourselves in bondage to a bloodthirsty murderous demon, Allah.

Apart from a Stalinist type censorship, this bill is counterintuitive.

Governments spend thousands of hours and billions of dollars tracking down the haters in society. Let the haters write openly. Mature people respond appropriately. I don’t have to spell that out.

When haters write openly then governments, critical thinkers and those who vote will know who hate, what they hate and why they hate. Expose evil and shed light on it. Don’t block the writing of haters with pseudo-humane laws that do nothing except make a society ever more litigious.

You must know that any censoring of anti-Muslim speech IS Sharia law and will also immediately lead to GLBT speech protectionism against the words of Christians & Orthodox Jews. Evil will do whatever it needs to do to protect its narcissistic self-whether under a black flag or a rainbow flag.