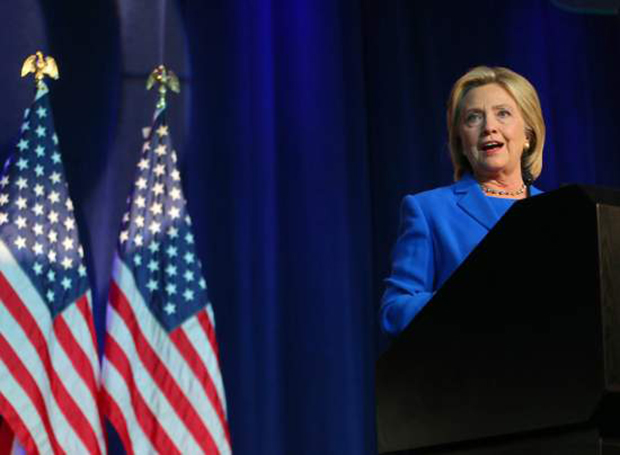 Hillary Clinton stirred up a hornets nest with her comparison of her GOP rivals to terrorists:

Host of MSNBC’s Morning Joe Joe Scarborough lambasted Hillary Clinton for comparing her GOP rivals to terrorists, calling the remarks “gutter politics at its worst” designed to distract from her email scandal.

“It was disgusting. It was absolutely disgusting,” Scarborough said. “Hillary Clinton saying that somebody who is pro-life– I mean, let’s tell the truth; she wanted us to talk about this. She wanted to throw a bright shiny object out there, so they don’t talk about the email scandal.”

“And so she has to be so hyperbolic and insulting and quite frankly just — it’s gutter politics at its worst to compare people to radical terrorists that cut off people’s heads and blow up grandmoms,” he said.

“It’s not all right. And we’ve seen by reporting what these terrorists do to young girls, the sexual slavery is absolutely appalling. And what Hillary Clinton did is compare somebody who is pro-life — which is close to 50% of Americans — to radical terrorists.”

“If a Republican did this, the world would come to a halt,” noted Bloomberg’s Mark Halperin, “and it should be condemned in strong terms.”

Furthermore, Scarborough thinks it was planned all along:

“You know what she was doing during the most disgusting part?” Scarborough said. “She was reading notes. This was planned, and the campaign said she has no plans to apologize and now she’s accusing Republicans of twisting her words.”

Joe’s theory is that Hillary and her team did this on purpose in order to distract attention away from her problems with her email and a looming FBI investigation. See the video:

Other members of the media were wondering why coverage was minimal:

It’s pretty easy to guess why.

It didn’t stop there. Hillary went from terrorist comparisons to drawing comparisons to Nazi Germany when the issue of immigration came up and what she would do about the approximately 11 million illegal immigrants in the country:

Well, I’m glad you asked me that, because some on the other side who are already advocating to deport 11, 12 million people…

I find it the height of irony that a party which espouses small government would want to unleash a massive government effort, which might include national guard and others, to go and literally pull people out of their homes and their workplaces, round them up and, I don’t know, put them in buses or boxcars, in order to take them across the border.

I find that absurd but appalling. And that’s why I support comprehensive immigration reform.

If your only source of news was the major networks then you wouldn’t know about this. According to Newsbusters, it didn’t rate a mention:

ABC, CBS, and NBC ‘s evening newscasts on Friday all failed to cover Hillary Clinton’s latest inflammatory attack on Republicans – this time on illegal immigration. Clinton slammed the GOP earlier in the day on the issue, and made a thinly-veiled comparison to the Holocaust: “I find it the height of irony that a party, which espouses small government, would want to unleash a massive law enforcement effort…to go and literally pull people out of their homes and their workplaces, round them up, put them…in buses, boxcars – in order to take them across our border.”

ABC’s World News Tonight aired a report on Bill Clinton’s controversial request to speak in North Korea while his wife was secretary of state. Jonathan Karl, who covered the story earlier in the day on Good Morning America, included a clip from the press conference where the former New York senator made her “boxcar” reference. However, he didn’t mention that Nazi-invoking comment. On NBC Nightly News, Kristen Welker zeroed in on “Hillary Clinton and her fellow Democratic rivals playing to a friendly room at the DNC summer meeting in Minneapolis.” But like Karl, Welker omitted Mrs. Clinton’s remarks on illegal immigration. CBS Evening News didn’t include any reports on the 2016 presidential race.

Newsbusters said somebody at the news conference actually asked Hillary about the boxcars reference, but true to form, she ignored it.

Well, that’s an easy one.

It didn’t appear on the Mushroom Media’s radar BECAUSE they are tots in harmony with what she was expressing.

Opposition to the Collective IS evil, per force. ALLLLL of them believe TEA people are terrorists. ALLLLL of them secretly believe in their delusional fever dreams we are Nazis.

And NONE of them admit to that ol’ totalitarian urge each of them holds, just beneath the surface.

She said it because it resonates with a large portion of the Democratic Party. To them, this is a mainstream, objective truth. Anyone surprised with the non-reaction by the majority of the MSM hasn’t been paying attention to politics very long…at least not intelligently.