Wait until Hitler finds out …. 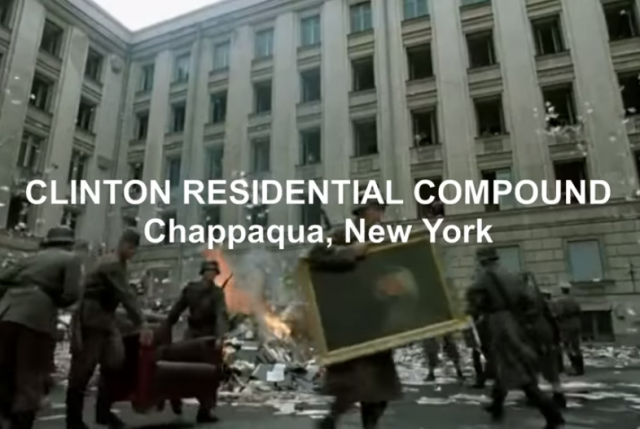 We are all used to the “Hitler finds out ….” videos based on the clip from Downfall.

This is on a similar theme, but a change of scene.

Don’t you wish this was a total satire rather than a fairly accurate reflection of the truth?

Wow, thank you for an excellent “with my tea” moment.

Pro’s: there are still those with “half a brain” that see and speak to the 50,000 yoga routines.

Con’s: Walker Evans is correct above, a shame this is not “just dark satire.”

Yeah, that about sums it up perfectly.

As an aside, the ubiquitous “Hitler finds out” satire clips have become such a cliche/joke that when I watched the 2004 film it’s from (English title “Downfall”, original German title “Der Untergang”) I was surprised to find that it’s an absolutely outstanding film. I highly recommend watching it.

Der Untergang is a great movie – very highly recommended. The “Hitler finds out” parodies are what turned me on to the movie. (Some of the parodies are hugely funny too.)

There’s a very funny video of an interview with Bruno Ganz (Hitler in the movie), in which he complains about his children who now constantly ask him “Wo ist Fegelein?” He seems really put out about it, and because he’s an actor I can’t tell if he’s kidding or not.

I’m starting to have nightmares about President Biden. Or even President Trump.

I am seeing your “nightmares” expressed in more posts about.

Hillary’s support can be described as

“I know she destroyed those emails, but RETHUGLICANS!”

That is just so, so… perfect! I’ve enjoyed many of the parodies, but this one is just exact, it’s almost uncanny.

Amazingly, Hillary supporters can’t see this at all, they get angry and refuse to watch. It’s like there are two totally different realities. I love arguing facts, but I’m not so crazy about arguing when facts are considered unnecessary. According to my liberal friends, I always lose every argument! But then, liberals aren’t very good at math either, are they. Y’know who IS good at math?